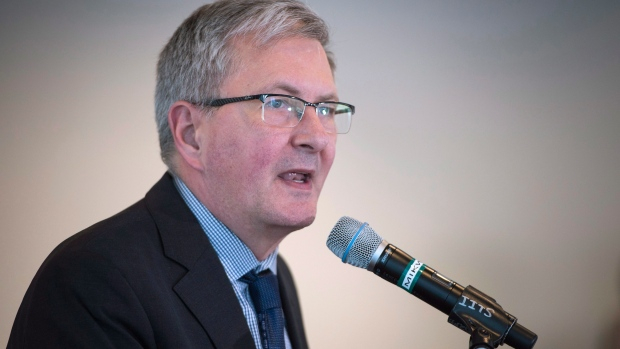 A students association at Concordia University says classes taught by teachers accused of sexual misconduct have been reassigned and their books removed from the school's library display.

Members of the Concordia Association for Students in English released a statement Friday claiming "the courses taught by the professors named online are being reassigned pending investigation, the books written by those faculty members have been removed ... and a third party is conducting the investigation."

The association didn't name the teachers or say how many were involved, while a university spokeswoman refused to comment on the announcement.

The university confirmed that an investigation would be conducted by an external investigator, CBC News reported on Friday.

Earlier in the week, a writer and former Concordia student published a blog post claiming he witnessed and was made aware over the years of "innumerable instances of unwanted affection, groping, inappropriate remarks and propositions'' by teachers in the English department towards female students.

Other people then made allegations, including award-winning Montreal author Heather O'Neill, who said she was harassed during her time at the university in the late 1990s. Several critics also noted that allegations of sexual misconduct at the university's English department and they have questioned why the university didn't act sooner.

During a news conference on Wednesday, Concordia president Alan Shepard announced three measures: an investigation into the allegations; a meeting with students, faculty and staff in the English department's creative writing program; and the launch of a university-wide assessment "of our current environment."

The English department students association added in its statement that "we are deeply upset and appalled that (Concordia) has allowed sexual misconduct to harm students for so long in what should have been a safe and professional environment."

Canadian musician opens up about her allegations against Charles Dutoit