Ontario minimum wage hike trickles up to higher earners, over to other provinces 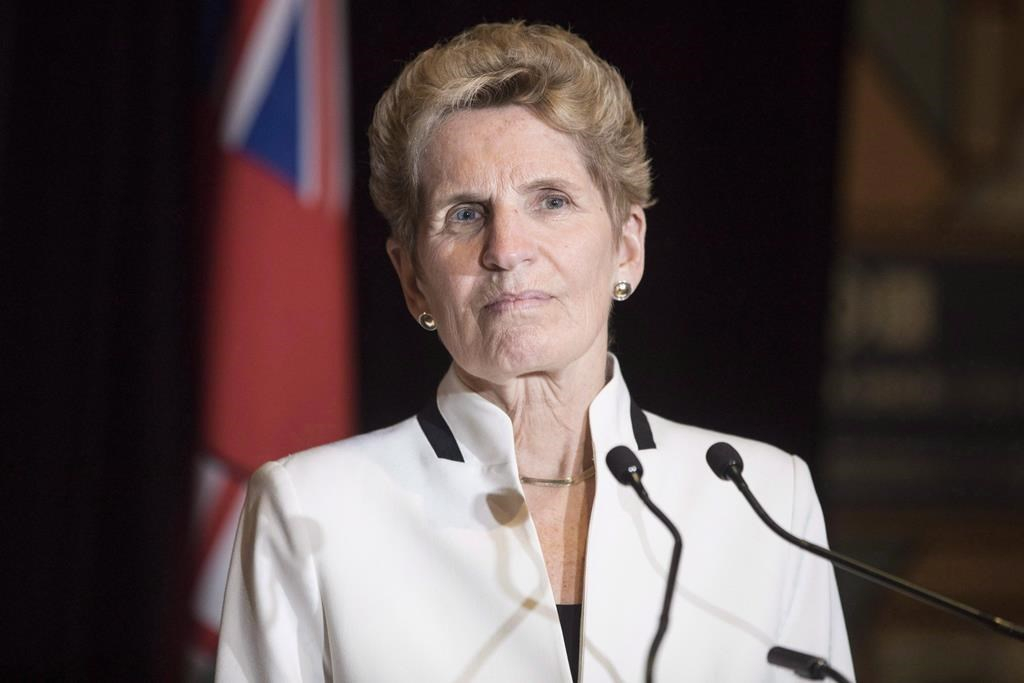 Ontario Premier Kathleen Wynne committed to raising the province's minimum wage to $15 per hour by January 2019. Photo by The Canadian Press
Previous story

Nick Cluley and his wife, who have always paid their Coffee Public employees more than minimum wage, have boosted everyone’s pay by $1.25 an hour since Jan. 1 — not just those earning below $14, as a new Ontario law required.

They did that "to avoid tensions that might come from more experienced people, you know, being crunched right up against the same salary as someone that just started," he said.

The new starting wage is $14.75, though the staff average is closer to $15.45, he said, adding they raised prices by about 10 per cent on everything they serve in their Toronto and Port Hope, Ont., shops.

From small mom−and−pop shops to a discount retail giant, there are already examples of companies that have bumped the hourly pay for employees who were making close to the new $14 an hour minimum — suggesting Ontario’s recent minimum wage hike is affecting more than just the lowest paid workers.

There’s little question that a minimum wage hike in Ontario will have a "trickle up" effect to raise wages for other workers, said Bernard Wolf, a professor emeritus at York University’s Schulich School of Business in Toronto.

"The question is simply how much and how pervasive that is," he said, adding it’s likely a considerable number of employers in Ontario — where the minimum wage rose to $14 on Jan. 1, 2018 — will make such a move.

That ripple effect through the economy comes as employees who find minimum wage has now risen close to what they’re earning ask for raises to reflect their comparative skill level, Wolf said, or because their cost−of−living has increased as the price of goods goes up to offset the higher labour cost.

For employers already making the move, they benefit from positioning themselves as the good guy compared to other companies that raised the ire of consumers for clawing back employee benefits and other perks instead, he said.

Union Local 613 co−owner Ivan Gedz raised wages for all his kitchen staff to $16 in November, after realizing his Ottawa eatery could not only meet the new minimum in January, but surpass it.

The raises, which amount to between 50 cents and as much as $4 per hour depending on the employee, reflect Gedz’s belief in equality and because he realized the situation presented an opportunity to be an industry leader, he said. He raised prices on some items to offset the hit to his bottom line.

But small businesses aren’t the only ones setting a higher bar.

Walmart Canada, which employs more than 95,000 associates, increased its starting minimum wage on Dec. 23, 2017 just ahead of the Ontario−wide hike, said spokeswoman Anika Malik, adding all the company’s associates earn more than their provincial minimum wage.

"All pay bands also moved up accordingly to maintain appropriate relative compensation at all levels," she said. The company isn’t cutting any roles, and employees will still be eligible for bonuses and performance increases, Malik said.

Meanwhile, one coffee chain has applied the pay increase to more than just their Ontario−based employees.

JJ Bean Coffee Roasters, which has more than a dozen locations across Toronto and Vancouver, first increased wages in Toronto on Dec. 17, 2017 and followed suit in Vancouver on Jan. 14, 2018, according to a letter from its senior leadership team.

Its national starting wage is now $14 an hour, and it increased wages for all employees making below $20 hourly. The company increased prices at its cafes by one to three per cent.

"We believe people have intrinsic value and that everyone who takes part in the journey of coffee — from farmers to baristas — deserves to be fairly rewarded for their work," the letter reads.