Canadians get Oscar nods for Ontario-shot 'Shape of Water' 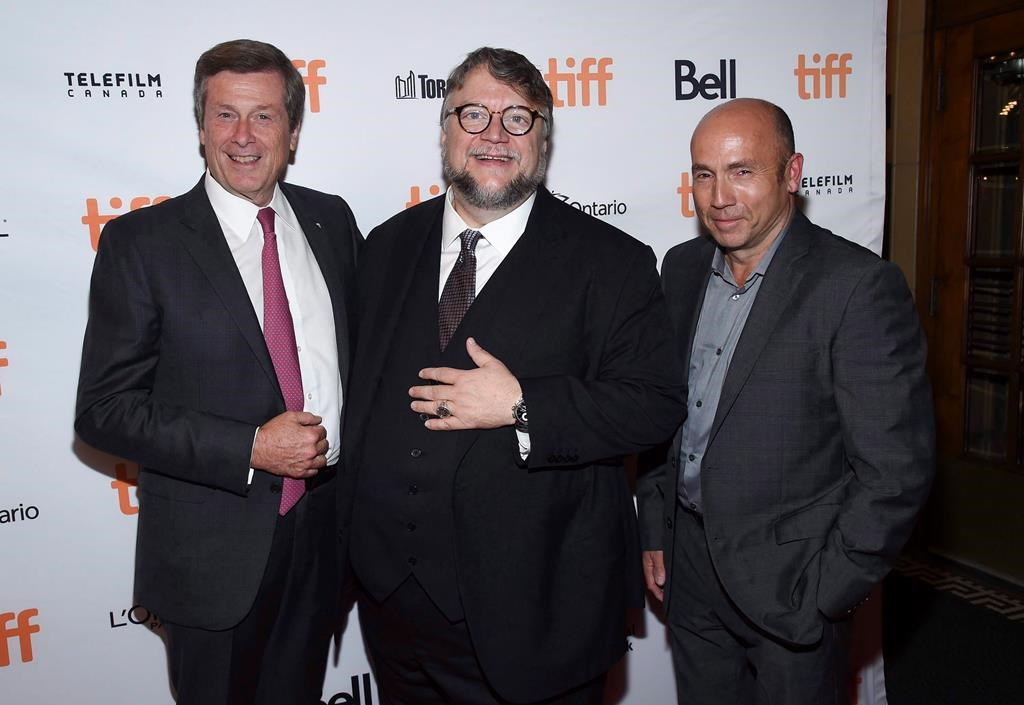 A slew of Canadians shared in "The Shape of Water"’s leading 13 Oscar nominations announced Tuesday, including a best picture nod for a Toronto producer who called the film’s recognition an "unprecedented" win for homegrown talent.

J. Miles Dale, who shares the best picture nomination with director Guillermo del Toro, noted the film was shot in Toronto and Hamilton and is a Canadian production almost top to bottom.

"Other than Guillermo and the cinematographer and some of the actors, every single person on this film was Canadian and really kind of from Toronto — so it absolutely is I think unprecedented, frankly, in terms of the type of recognition" for local talent, Dale said in a phone interview after the nominations were revealed in Los Angeles.

"We were the nomination leader by a wide margin, so I think there’s something for Toronto and Canada to be very proud of today."

The Cold War−era merman drama, starring Sally Hawkins as a mute janitor and Doug Jones as a captive amphibian creature she falls in love with, got its awe−inspiring visual effects from Toronto digital studio Mr. X. "The Shape of Water" came just shy of tying the record of 14 Oscar nominations shared by "All About Eve," "Titanic" and "La La Land."

"I think we have to work harder to prove our talent, so I think it’s an amazing day for the Canadian film industry and I’m honoured to be a small part of it," said Toronto−based Luis M. Sequeira, who scored a nod for best costume design on the film.

"Everyone poured their heart and soul into this project, so it’s amazing to be recognized."

"It used to be in the business we would bring a lot more crew from the States, and now the business has evolved and the quality of the staff and quality of the crew that is available in Canada and Toronto ... is just equal to anywhere else," said Toronto−based Austerberry.

"So it’s very exciting for ... the Canadian film business."

The drama has also won major trophies including best picture at the Critics’ Choice Awards and the Golden Globe for best director for del Toro. It also has a leading 12 British Academy Film Award nominations, including some for the Canadian team.

"It’s so original and it’s bold and it’s kind of this love letter to love," said Dale.

"It’s easy to look smart when you’re cynical or ironic, as many films are these days, they can adopt that sort of tone. But when you wear your heart on your sleeve and you’re actually earnestly talking about something like love and understanding and intolerance, it’s harder to look smart. You really have to stick the landing and I feel like that’s what we did with this.

"It’s a pure expression of Guillermo, the way he sees the world and humanity right now, and I have to really praise him for just wearing his heart on his sleeve like that in a time when it’s difficult to do."

Dale said he’s now working on two new projects with del Toro, including a film for Fox Searchlight and a Netflix series.

"So until he kicks me out of bed, we’re going to try to stay on this roll," Dale said. "Don’t mess with a good thing."