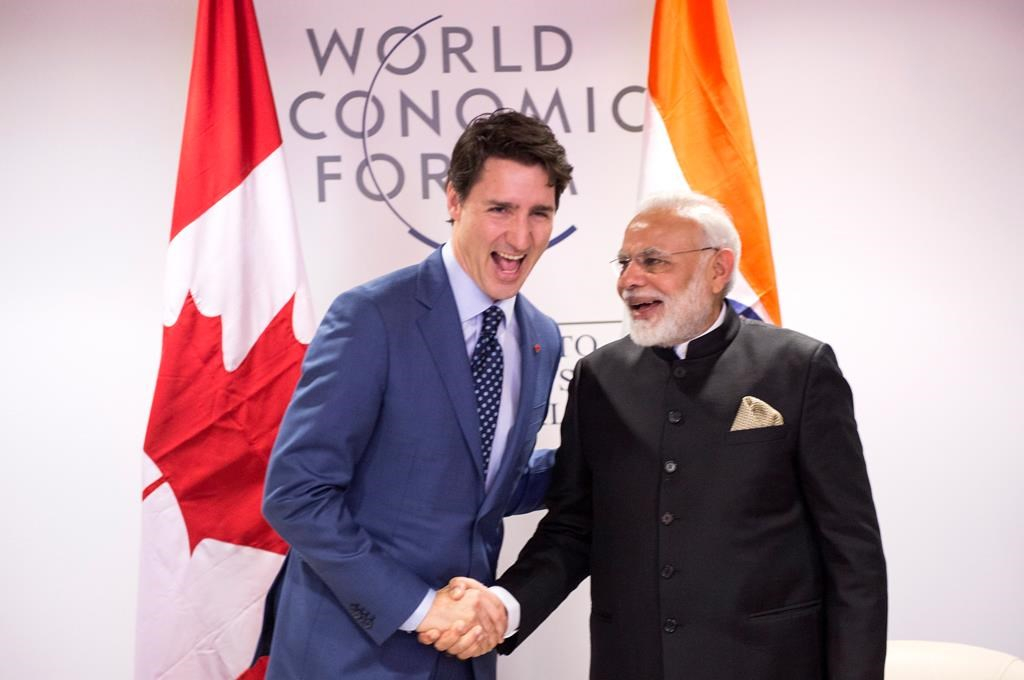 Prime Minister Justin Trudeau is urging the international community to do more to promote women's rights and gender equality.

"I'd like to focus tonight on a fundamental shift that every single leader in this room can act on immediately...I'm talking about hiring, promoting and retaining more women," Trudeau said to loud applause in a speech to the World Economic Forum in Davos, Switzerland.

He said that would lead to much-needed innovation and change in the workplace.

"In Canada, like all over the world, much of the economic and labour force growth we have experienced over the past many decades is because of women entering into and changing the workforce,'' he said.

"But there is still so much room for improvement and such enormous benefit still to be had."

He cited one study that said narrowing the gender gap in Canada could add $150 billion to the economy by 2026.

This is Trudeau's second appearance at the world forum as prime minister.

Earlier in the day, he held various bilateral meetings with political leaders as well as meetings with the heads of global giants such as Alibaba, Alphabet and Coca-Cola.

On Wednesday, he will participate in an economic roundtable with business leaders on Wednesday.

The focus on the benefits of gender equality and the advancement of women in the workplace is a preview of the themes to be raised at the G7 leaders' summit Canada will host in June.

Trudeau began his day by meeting with Dr. Ulrich Spiesshofer, the president and CEO of the ABB Group, a key player in the robotics, industrial automation and power grid industries.

ABB Group made an investment in Montreal last year, which Spiesshofer said is going "tremendously well" and that the partnership with Canada is "going the right direction."

Trudeau also met with James Smith, president and CEO of Thomson Reuters Corp. Trudeau noted that they had met two years ago about the company coming to Canada and they "moved their entire operation from the United States to Toronto."

The prime minister's efforts to attract investment in Canada comes amid an uncertain future for the North American Free Trade Agreement, with the sixth round of negotiations to renew the trade pact currently being held in Montreal.