People across the globe get in the way of animal movements: study 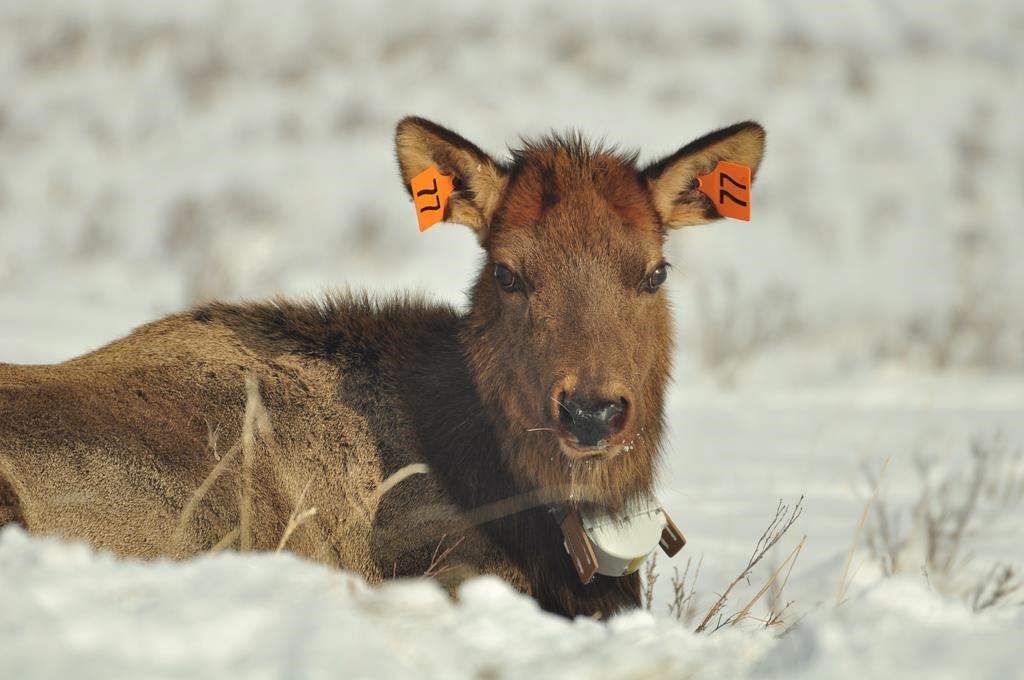 An elk that is part of a study in and around Banff National Park. Handout photo by Celie Intering
Previous story

A global study shows animals are moving distances two to three times shorter in areas disturbed by humans than in the wilderness.

The study published Friday in the journal Science, brought together GPS data on 803 animals from 57 different mammal species on six continents and compared it with a human footprint index.

It involved a total of 114 scientists — including some who study wildlife in Western Canada — who used an animal-tracking database to archive material.

One of those scientists, Mark Hebblewhite, said the study brings information together to make the big-picture conclusion that animals are changing their day-to-day and migratory movements because of people.

"We've got elephants. We've got bushy-tailed opossums, and animals in Barro Colorado Island in Panama," said Hebblewhite, a professor of wildlife biology at the University of Montana. "Yet, across all of these different species, the overwhelming effect of human activity is to reduce their movements."

Another co-author, Adam Ford, said it's concerning that animals are moving less in areas disturbed by humans.

He pointed to research by Hebblewhite that shows wolves couldn't get to parts of the Bow Valley in Alberta, which changed the entire ecosystem in the area.

"Those barriers to movement were caused by people, even in an area such as Banff National Park," said Ford.

Hebblewhite and Evelyn Merrill, a professor of biological science at the University of Alberta, have been studying wolves and elk in and around the national park since 2001.

They've had similar findings in research on elk in Alberta and B.C.

"The road networks, highway fragmentation, dams, reservoirs, fences — all of these things — are making it more difficult to migrate in the first place," said Hebblewhite.

"The second thing we're doing is supplementing them with food," he said pointing to animals on golf courses.

Work on elk has had similar results.

Fewer elk means less food for hunters and predators such as wolves and grizzly bears.

"The loss of elk are leading to declining wolf and grizzly bear populations in places like Banff."

"The fact we can do this at the global scale now is really the significance of this paper," she said. "It reinforces that what we are finding at the small scale is happening more globally."

All of the researchers said the paper is important because it shows the importance of wildlife to be able to move freely.

"Our efforts in terms of conservation are important," said Merrill. "It's important not only for the persistence of the species, but also for the role in the ecosystem that they play."