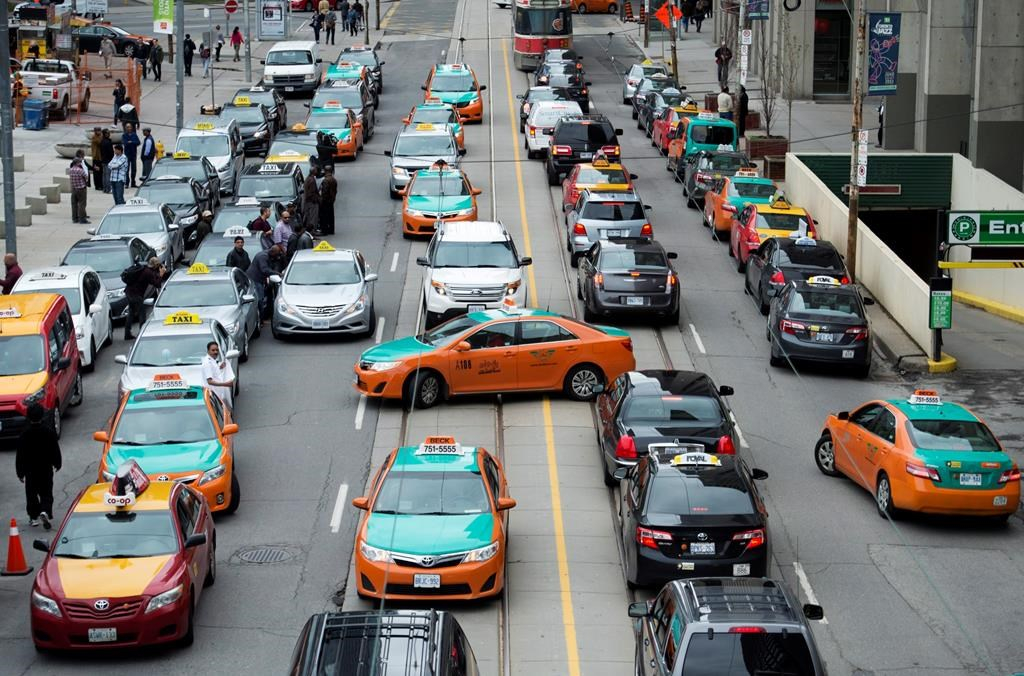 Uber is one of 15 companies that pledged to collaborate with cities and other transport companies to transition to a zero-emission future. Photo by Canadian Press
Previous story
Next story

When he rejected the Paris Agreement on climate change, U.S. President Donald Trump quipped that that he was elected to "represent the citizens of Pittsburgh, not Paris."

At the time, Pittsburgh Mayor Bill Peduto defied Trump, saying his city stood with the world and would follow the Paris Agreement commitment of keeping global warming below 2°C this century.

Eight months later, Peduto has joined Paris Deputy Mayor Jean-Louis Missika in a coalition of municipalities and sharing economy giants — companies that sell products using online tools within a community. Together, they have pledged to reduce climate-warming carbon emissions using a set of "Shared Mobility Principles for Livable Cities," which promote the safe, efficient and pollution-free movement of people and goods.

The new coalition announced their plan during a news conference on Wednesday.

Ride-sharing titans give a lift to coalition

Ride, car and bike-sharing companies including Uber, Lyft, and Zipcar, and transit apps like Citymapper have endorsed the plan. It was produced last year by a group of international NGOs, who created 10 principles to guide decision-makers to adapt cities for the future.

The pledge has already been signed by the C40, a global network of cities, including Montreal, Toronto and Vancouver, that are committed to addressing climate change. The 10 principles will help eliminate emissions through a range of policies, such as improving access to transportation, reducing traffic congestion and promoting the sharing of vehicles.

In a press conference on Wednesday, Peduto said he wanted his city to adapt to changes underway in the transportation industry, in the absence of leadership from the U.S. federal government. Ever since Trump withdrew from the Paris Agreement last June, citing Pittsburgh, Peduto has left his response pinned on his Twitter page.

"As the Mayor of Pittsburgh, I can assure you that we will follow the guidelines of the Paris Agreement for our people, our economy, and future," he wrote at the time.

As the Mayor of Pittsburgh, I can assure you that we will follow the guidelines of the Paris Agreement for our people, our economy & future. https://t.co/3znXGTcd8C

The shared economy is growing

“The agreement is the foundation of the issues that we share in understanding the changes that are upon us,” he said. “What we have is an opportunity to work independently with the different companies that are presently operating shared services and autonomous services, and to be able to go through this agreement and to work on more specificity on how they’re going to be able to reach it.”

The transportation industry is undergoing massive changes in part because of new business models by ride-hailing and car-sharing companies.

According to an April 2017 report by the consulting group McKinsey, the shared-mobility market represented almost $54 billion in 2016 in China, Europe and the United States alone. It's also expected to grow steadily— by as much as a 28 per cent annually right up to 2030.

“There’s an enormous amount of disruption in the transportation sector and the impending arrival of self-driving cars is only going to add to that chaos,” said Robin Chase, co-founder of Zipcar and lead creator of the Shared Mobility Principles for Livable Cities, during the conference call.

“Our goal is to get cities, companies and civil society and people living in cities a way to align a common vision about where we want to go and how we get there.”

Accounting for 75 million passenger trips per day, Chase said companies that provide ride-hailing and car-sharing services need to be part of the discussion about guidelines to develop sustainable cities. These companies, he added, help inform the travel decisions of 10 million people daily.

'New rules of the games'

Missika, deputy mayor of Paris, agreed that “new rules of the games” in the transportation sector will encourage cities, businesses and residents to adapt together. The Shared Mobility Principles for Livable Cities are a start, he explained, and could help prevent “a nightmare” looming as cities face major traffic headaches ahead from both self-driving and regular cars.

Right now, there aren't enough incentives for citizens to share their rides in the United States, said Andrei Greenawalt, a former official in the Obama White House. Greenawalt is now the vice-president for public policy of Via, an American transportation network and real-time ride-sharing company that offers services in New York City, Chicago and Washington, D.C..

The leaders of different transportation companies present at the press conference said promoting ride-sharing on their platforms is a priority, and they are working on integrating their services with a range of transportation options.

“Everything we’ve seen so far is that the idea of shared rides generally is very complementary to existing public transit options," said Joseph Okpaku, vice-president of public policy at Lyft. "Using San Francisco as an example, we see that around 20 to 25 per cent of our rides either begins or ends at a public transit stop or station."

Patrick Leclerc, president of the Canadian Urban Transit Association, also said an interview with National Observer that ride-hailing and car-sharing services could be complementary to existing public transit systems, but suggested partnerships to ensure they are integrated.

“The idea is to ensure that they’re not in competition but work together,” he said Wednesday. “(It depends on) if we use these new services to bring people on main lines of public transit to increase use or if these services are used at peak times in corridors optimized for public transit, then it would become competition.”

Despite all the good