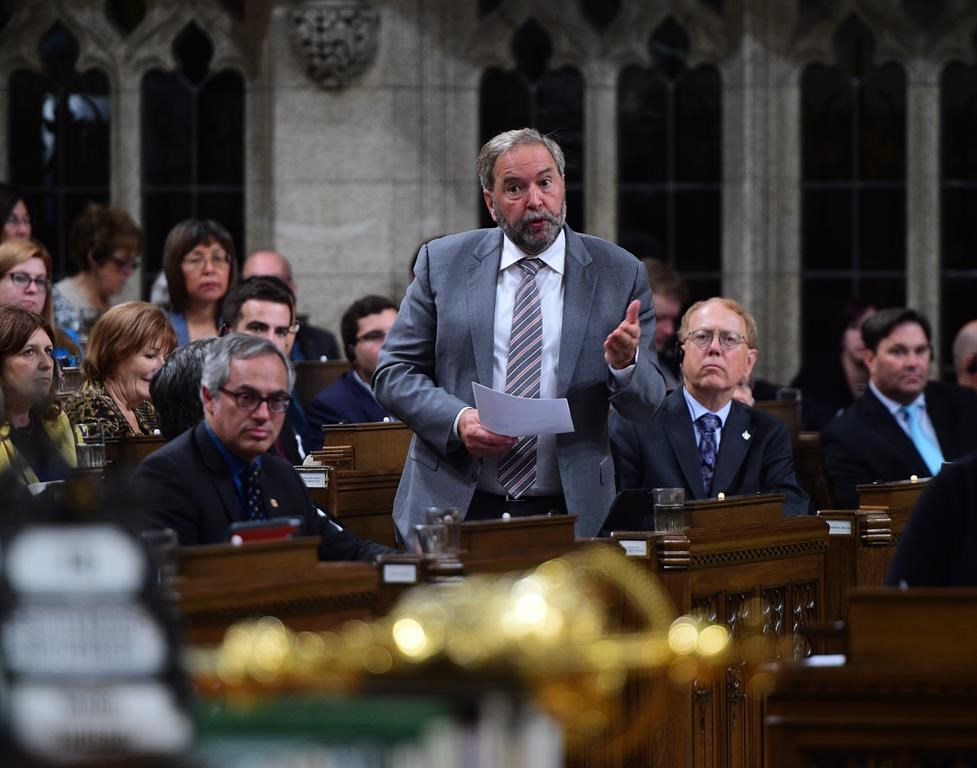 NDP Leader Tom Mulcair stands during question period in the House of Commons on Parliament Hill in Ottawa on Tues. Sept. 19, 2017. File photo by The Canadian Press/Sean Kilpatrick
Previous story
Next story

The university announced Friday the longtime federal and Quebec politician will be joining the department as a visiting professor starting this summer and will retire from politics at the end of the current parliamentary session.

In December, the party confirmed that Mulcair was expected to resign as MP for Outremont in the new year and leave politics after the spring session.

Mulcair, a former Quebec Liberal cabinet minister, won the Montreal riding in a 2007 byelection and has held the once-Liberal stronghold ever since. He became NDP leader in 2012 following the sudden death of Jack Layton, who'd led the party to official Opposition status for the first time in its history.

Six months after the party finished a distant third in the 2015 federal election, Mulcair became the first federal leader to be rejected by his own party members in a leadership review.

Jagmeet Singh took over as NDP leader this fall.

“The time has come for me to turn the page on 40 wonderful years of political engagement,” Mulcair said in a statement. “When the Université de Montreal offered me the opportunity to share my experience with its students, I did not hesitate for long."

Mulcair will mainly teach students enrolled in a new master of environment and sustainable development program, which he said would allow him to bring together his passion for environment and public affairs.

In an interview with Montreal La Presse, Mulcair said he has but one regret about his time in federal politics.

"My only regret is that we did not manage to form a government," he said.

"For 150 years, people have had to alternate between the Liberals and the Conservatives. I think we were able to offer better, but it will be up to my successors to form an NDP government."