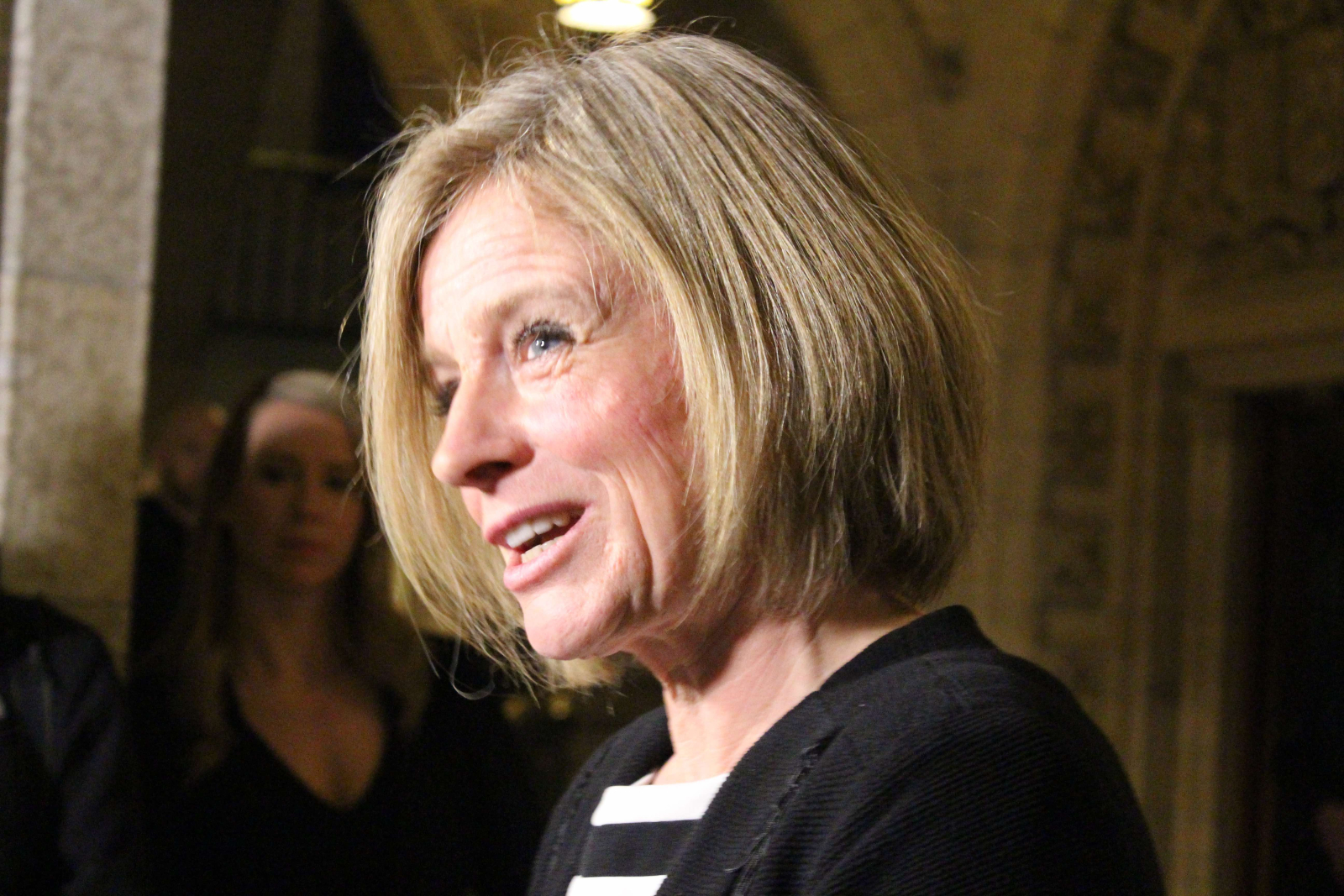 Alberta Premier Rachel Notley's promise to suspend electricity talks with British Columbia over a pipeline dispute may not carry much weight, according to energy experts.

The amount of power in question is, however, relatively minor, said energy consultant David Gray at Gray Energy Economics Inc.

"You're not talking about much in the grand scheme of things, it's not much of a weapon."

Notley gave few details on what the suspended energy talks were about, but Blake Shaffer at the C.D. Howe Institute said there have been informal talks for some time to use the full 1,200 megawatt capacity of the existing power lines running between the two provinces, rather than the 800 megawatts currently allowed.

For B.C. to potentially lose up to $500 million a year on the sale of that extra power, as Notley suggested Thursday, would mean some very high assumptions, said Shaffer.

"That would assume that that space were used to the fullest amount every single hour of the year, at a very high price."

B.C. could export the hydro to California instead, says one expert

BC Hydro does, however, also have the option to export power to the U.S., limiting the potential impact, said Shaffer.

"They do have another opportunity in California, so I don't know there's going to be a true limiting of market access if that's the intention."

The move could also mean higher rates for Alberta if they were to lose the competition, he said.

"It may punish B.C., but it also potentially punishes Albertans, like any import tariff or import restriction does. They end up being kind of a consumer tax."

The loss of the potential energy imports is seen as fairly neutral, however, to Alberta's large-scale power consumers, since they hadn't been expecting any, said Vittoria Bellissimo, executive director of the Industrial Power Consumers Association of Alberta.

"From an industrial consumer perspective, it's essentially business as usual. We didn't know this was a formal thing that could really happen, and here we are being told it's not a thing."

Notley has called B.C.'s move to restrict increases in bitumen shipments unconstitutional, and has called on Prime Minister Justin Trudeau to act decisively to end the dispute.

Trudeau once again voiced his support for the project at a town hall meeting in Nanaimo, B.C., Friday, where he faced persistent heckling from a raucous crowd.

He said Canada has to protect the environment and encourage economic development at the same time, which has guided the federal government's approach on Kinder Morgan's project.

The Alberta government has been pushing strongly for the Trans Mountain expansion project to be built so that energy producers in the province would have more options when selling crude, while the B.C. government has vowed to stop it over environmental concerns.