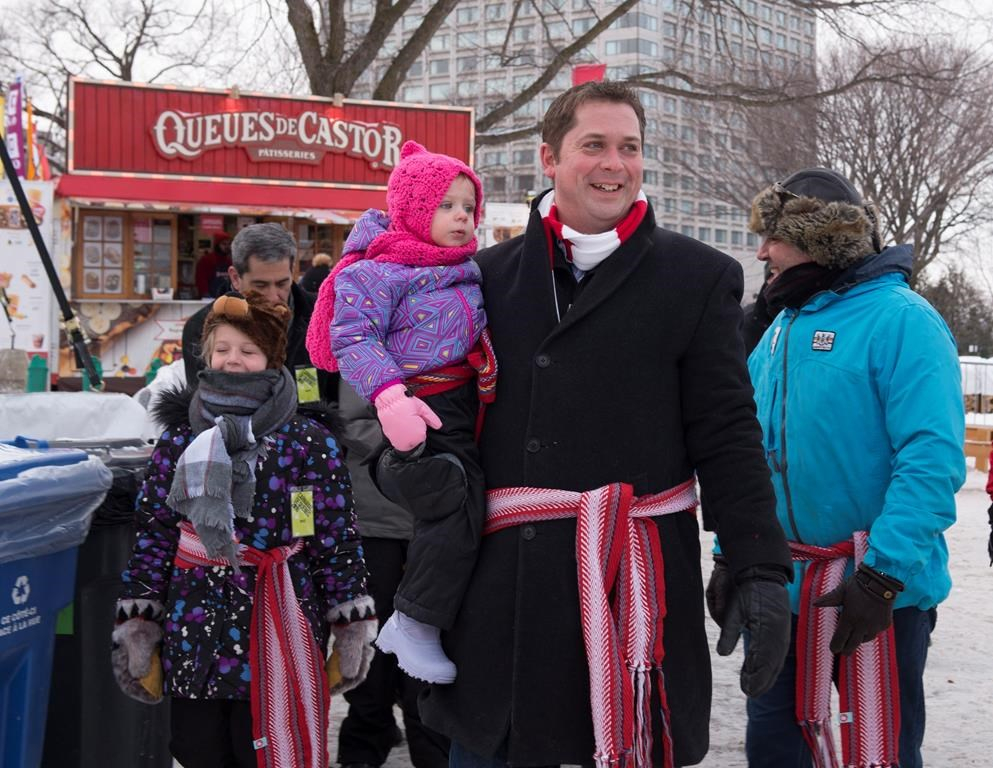 Conservative Leader Andrew Scheer holds his daughter Mary as his other daughter Madeline walks by his side before meeting Bonhomme at the Palais de Bonhomme as part of Quebec's winter carnival, on Feb. 2, 2018 in Quebec City. Photo by the Canadian Press
Previous story
Next story

Conservative Leader Andrew Scheer said Friday he is open to echoing some of the Quebec government's constitutional demands in his party's 2019 election platform.

During a trip with his family to Quebec City, the Tory leader said Premier Philippe Couillard's plan included some "very interesting proposals."

Couillard announced last May he hoped to create favourable conditions that could lead to the eventual reopening of constitutional negotiations, and to Quebec finally approving the 1982 Constitution.

The Quebec premier said at the time he wanted to launch a vast coast-to-coast discussion in the hopes of having the province's distinct character officially recognized.

Scheer told reporters he had read Couillard's proposal, and it's normal for a Quebec leader to be focused on the issue.

"I've had discussions with my colleagues (on the question)," said Scheer, adding "We will find practical things we can do with it.

"Our electoral program in 2019 will talk about issues important to Quebec," he said, without giving details.

Last spring, when The Canadian Press first reported on Couillard's plan, Prime Minister Justin Trudeau said he was against the idea.