Andrew Wilkinson leads BC Liberals, tasked to rebuild after 2017 defeat 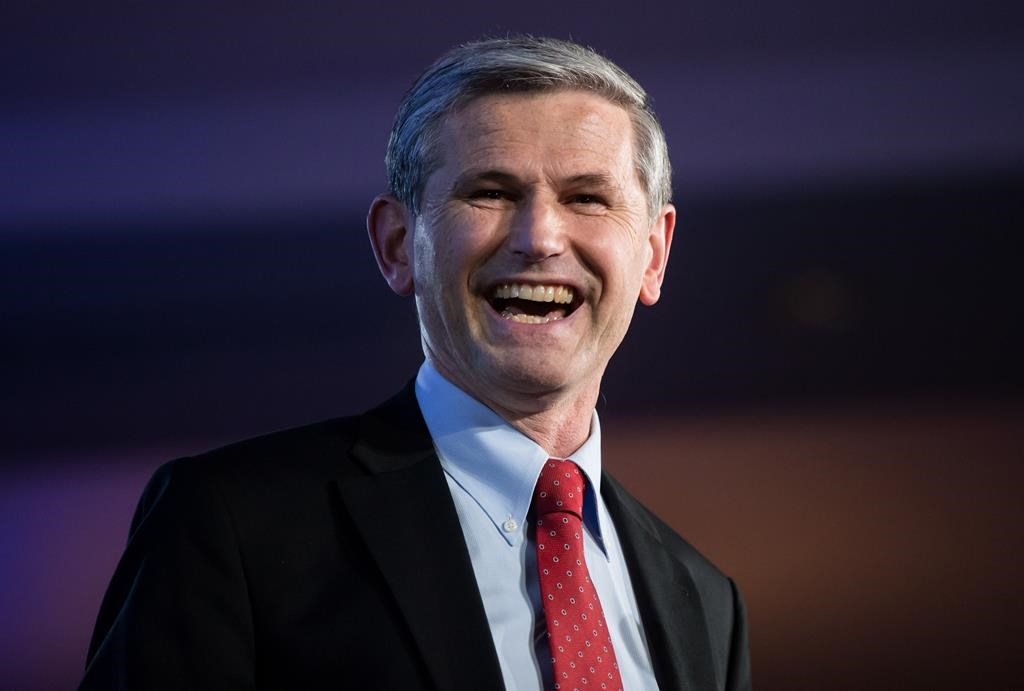 Andrew Wilkinson celebrates after being elected leader of the British Columbia Liberal Party in Vancouver, B.C., on Saturday, February 3, 2018. Photo by The Canadian Press/Darryl Dyck
Previous story
Next story

British Columbia's Liberals turned to a former cabinet minister to lead them Saturday night after their defeat last year, as Andrew Wilkinson appealed to his caucus colleagues to help him expand and broaden the party's membership.

Wilkinson, 60, said leadership candidates who pushed the party to widen its support should be listened to after losing its 16-year grip on power last year.

"Take those Liberal values, build the Liberal party," he said after defeating former Conservative MP Dianne Watts in a fifth round of vote counting.

He also began to galvanize the party to fight a referendum this fall on proportional representation, saying it would benefit the NDP and Greens who support changing the province's voting system.

"So let's get ourselves organized because we have work to do this summer," he said. "We have a challenge in front of us."

Prior to his political career, Wilkinson worked as a lawyer in Vancouver and before that he was a doctor in different parts of B.C., including Campbell River, Lillooet and Dease Lake.

The former Rhodes Scholar served in a number of cabinet positions, among them attorney general, minister of advanced education, and minister of technology and innovation.

He won with just over 53 per cent support after the final round of vote counting, while Watts had just under 47 per cent. Watts led the contest after four rounds of voting.

An estimated 60,000 party members were eligible to vote online and by phone to replace Christy Clark, who resigned after the New Democrats formed a minority government last summer with support from the Greens.

The Liberals used a preferential ballot that allowed its members to rank the candidates, and points were awarded based on their support.

The B.C. Liberal party is not affiliated with the federal Liberals. It describes itself as "a made-in-B.C. free enterprise coalition" that includes members of the federal Conservative and Liberal parties.

Getting the party back to power after a lacklustre election campaign last May was the main focus of the leadership campaign.

There was finger-pointing in debates over who was to blame for the Liberal downfall, despite B.C. boasting the strongest economy in Canada.

Some candidates criticized the party's old guard for failing to address transportation, housing and social policy issues that led to losses in seat-rich Metro Vancouver, once a Liberal stronghold.

Watts, who is also a former mayor of Surrey, was the only candidate who was not part of the Liberal caucus in the legislature. She resigned her House of Commons seat to seek the party's leadership.

Wilkinson, Stone and de Jong were longtime members of Clark's cabinet. Sullivan, a former Vancouver mayor, was appointed to Clark's cabinet in her government's final weeks in power.