Doug Ford to kick off campaign for Ont. Tory leadership with rally 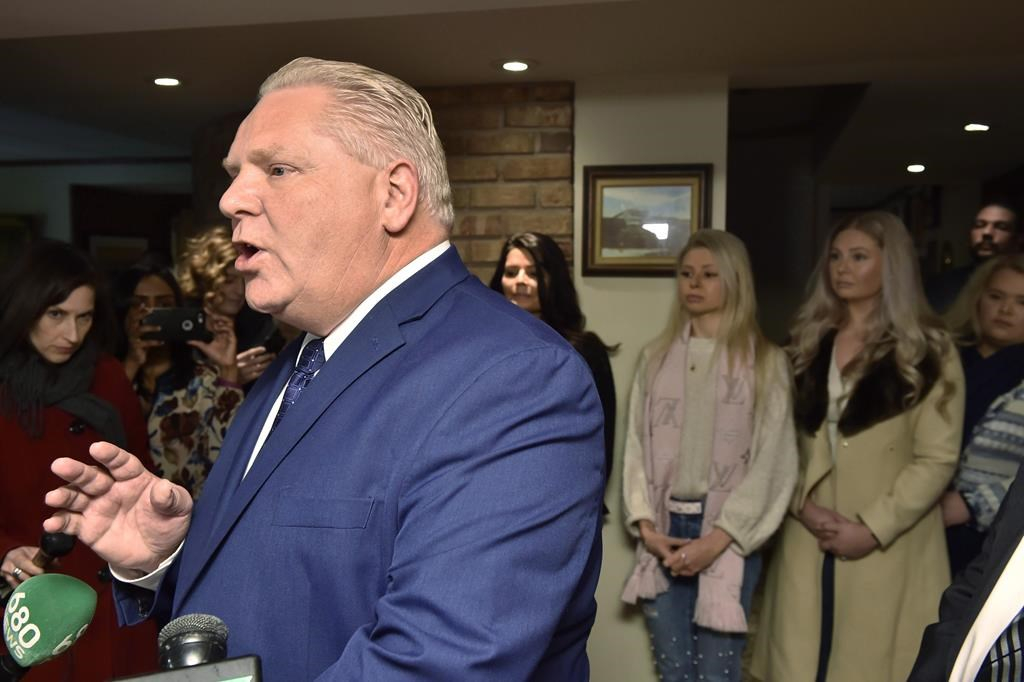 One of the most polarizing figures in Ontario politics is officially launching his bid for the leadership of the provincial Tories on Saturday, with an expected attack on both the party he hopes to lead and the one he wants to topple.

Doug Ford, brother of late Toronto mayor Rob Ford, will hold a rally to kick off his effort to helm a party reeling from allegations that have left it without a leader just months before a provincial election.

Ford, who was the first to announce his candidacy, says it's time to wrest control of the party from "elites" and speak up for people he feels have been shortchanged by Wynne's government.

Political observers say the combination of name recognition, a well-defined message and open disdain for an unpopular government mean Ford could mount a credible challenge for the Tory leadership.

Leone said Ford, who was a city councillor until a failed mayoral bid in 2014, has a leg up thanks to an established ground game and support organization, which could be key assets as leadership hopefuls scramble to meet a tight, five-week timeline. Voting to choose the new leader begins March 2, with results to be unveiled March 10.

"The advantage of having a defined brand is it allows people to identify with that brand," he said. "It allows them to sign up to join that team and that movement. I think that when you have a less established brand, it becomes harder to do."

Leone said Ford may even have what it takes to find traction beyond the greater Toronto area. In a province where Wynne's Liberals have taken a beating in the polls over consumer-friendly issues such as rising electricity rates, he said Ford's messages may find favour "in all pockets of the province."

A recent study between The Canadian Press and EKOS Research, for instance, identified one Ontario community as the most likely in the country to respond to a populist movement.

In the national poll, 38 per cent of respondents in Oshawa held viewpoints suggesting they had a negative perception of their own economic outlook and the prospects for the next generation's, as well as a sense they're not getting ahead. Those themes figure prominently in Ford's political rhetoric. The results were well ahead of the national average.

Laure Paquette, a political science professor at Lakehead University, agreed that Ford would likely find support in more far-flung areas of the province that have voiced discontent with the status quo.

Paquette said Ford's name is known in northern Ontario, and his populist message will "play well" relative to the more moderate tone expected by declared contenders such as former MPP Christine Elliott.

But Paquette said Ford's appeal to a specific type of voter won't be enough to help him carry the day, saying party members may choose to focus on a leader with a better shot of defeating Wynne.

Paquette said Ford's message will also likely be overshadowed by what is expected to be a faceoff between Elliott and Caroline Mulroney, the daughter of a former prime minister who is widely expected to announce her own candidacy in the coming days.

"I think he's going to get drowned out," she said. "The donnybrook between Caroline and Christine Elliott will be one for the ages."