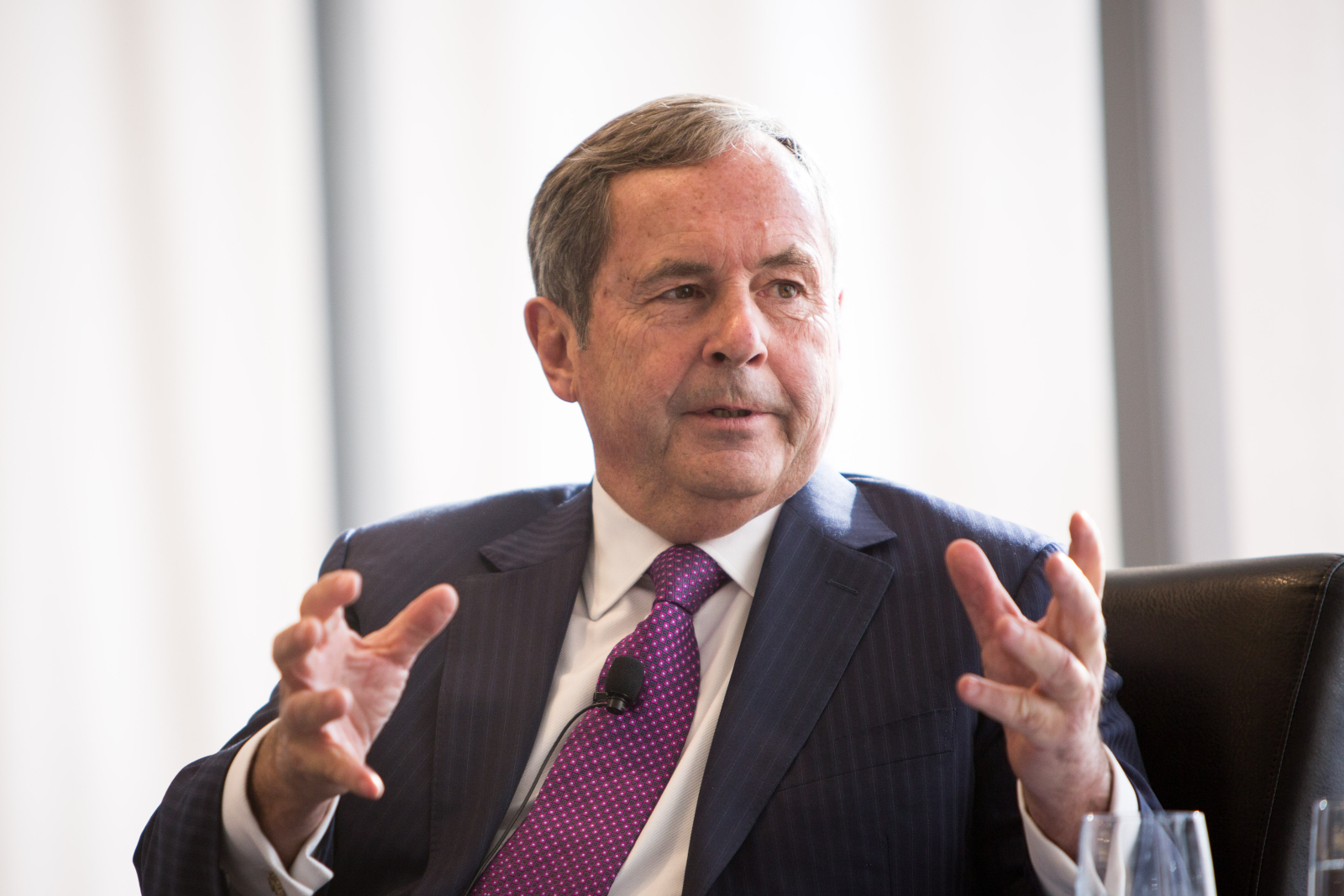 Canada's ambassador to the United States, David MacNaughton, speaks at an Energy Council of Canada conference in Ottawa on Feb. 5, 2018. Photo by Alex Tétreault
Previous story
Next story

Canada’s ambassador to the United States is singling out anti-pipeline activists for telling falsehoods, but declining to provide specific examples to support his claims.

David MacNaughton made the comments at a conference on Monday in Ottawa that was dominated by pro-oil businesspeople. Sitting alongside U.S. ambassador to Canada Kelly Craft during a panel discussion, MacNaughton appeared to target his message at those who continue to protest the expansion of fossil fuel infrastructure across North America.

His comments follow the lead of Prime Minister Justin Trudeau, who delivered a strong defence of new pipelines during town hall meetings last week in Western Canada as he faced a series of challenges from members of the public over the government's support of Kinder Morgan's Trans Mountain pipeline expansion project.

Several people showed up to protest the pipeline expansion during a raucous Trudeau appearance Friday in Nanaimo, B.C.

At the Monday conference, hosted by the Energy Council of Canada, a public policy organization that connects industry executives with government, MacNaughton noted that he was basing his comments, in part, on his previous private-sector work for a firm that was promoting a new pipeline project.

"I have seen it where...opponents of a particular project will quickly spread rumours about what may or may not be the case. It doesn't always have to be true — sometimes its true, sometimes it's not," MacNaughton said to reporters after his speech, when asked by National Observer to expand on his comments.

He declined to give examples of which pipeline projects he thought had been the victim of false information campaigns.

"If you're opposed to something, and you want to create a sense of fear, or help people be against a project, you can do that," he said. "I'm not saying everybody who opposes a project is not telling the truth, I'm just saying, there are no particular rules." 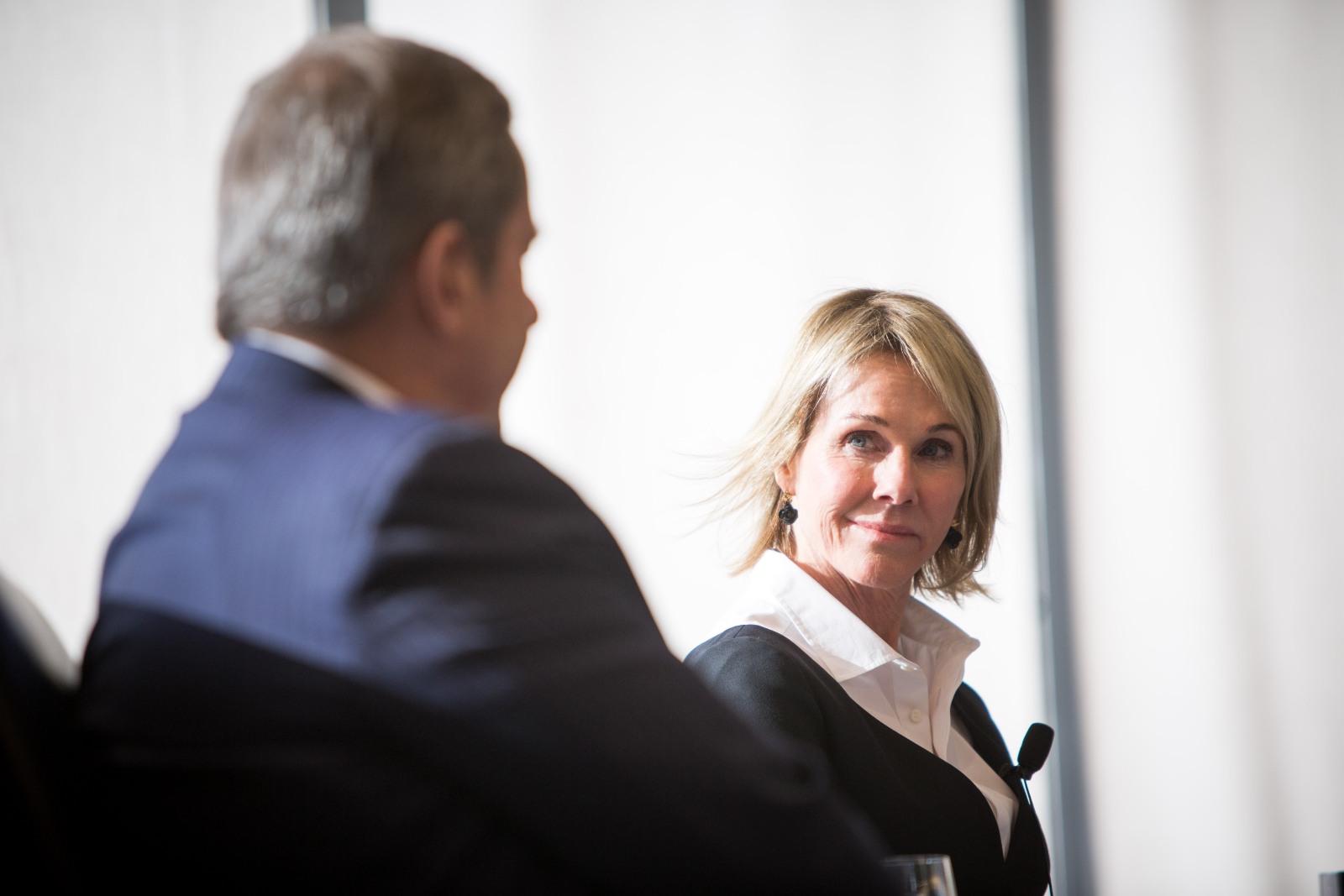 Speaking about his previous career, MacNaughton explained how he had a surprising conversation with a company official after its pipeline from New Jersey to New York City was approved. The exchange took place at a lobbying summit in Houston, MacNaughton said, as the firm described how it got the green light from regulators and community groups.

He declined to give examples of which pipeline projects he thought had been the victim of false information campaigns. #cdnpoli

After MacNaughton conveyed his congratulations, he said the company official in charge of the pipeline told him that if the project were happening today, it would not be approved.

"And the reason for that, is the way in which opposition can mobilize, using social media, the speed at which that opposition can be generated, and the fact that the opposition is not burdened by telling the truth," MacNaughton said in his speech.

The ambassador later told journalists he meant that members of the public aren't exposed to the same set of risks that a corporation may have when reporting false information.

"You'd have people who were totally opposed, who didn't want to be convinced that the project could be good in any way, shape or form, and simply spread rumours about the project that didn't have to be true," he said.

"[People] don't have the same burdens that a corporation does, [where] you have to go through three sets of lawyers to say what you're saying is absolutely accurate, [and through] financial regulators and the stock market, to make sure you're not giving misleading information. I think the average citizen doesn't have to worry about that kind of thing."

Aside from his warnings about pipeline debates, MacNaughton also made a subtle push for more extensive cross-border environmental reviews.

He said that he agreed with Craft that the "streamlining of regulations in the U.S. has spurred significant amounts of new investments." But he added that Canada and the U.S. "also need to collaborate a lot more on how we get acceptance, community acceptance, for things like pipelines and major infrastructure."

He said it was time to look at how the two countries can do energy projects "in a modern, sensitive way" by examining not just the economics of a proposed project, but by dealing "with those who are affected" such as environmental or Indigenous groups.

The Trudeau government is reportedly set to unveil its long-awaited changes to Canada’s environmental assessment regime this week, that would affect how pipelines and other energy projects are examined. Environment and Climate Change Minister Catherine McKenna and Fisheries Minister Dominic LeBlanc gave notice in the House of Commons on Feb. 2 that the government was prepared to introduce a new Canadian Energy Regulator Act, along with other amendments to existing laws regarding fisheries, navigation and environmental assessments.

Among other changes, the government is expected to follow the proposals in a discussion paper released last year that would create a “single government agency” responsible for federal assessments of designated projects.

Such assessments are currently carried out by separate agencies, such as the National Energy Board, Canadian Nuclear Safety Commission and Offshore Petroleum Board.

Other changes proposed by the discussion paper include broadening assessments to include not only environmental but social and health impacts, gender-based analysis, and impacts on Indigenous peoples.

Craft, who spoke before MacNaughton, used her speech to defend the North American oil and gas sector.

Moments after cautioning the crowd that she wasn't going to "rattle off statistics," the U.S. ambassador waded into a rapid-fire commentary on "exciting areas in the Canada-U.S. energy industry."

"This innovation has led North America to have more energy security at home, and enabled us to be a significant exporter of low-cost energy, which has strengthened our national security abroad."

Craft told CBC News in October 2017 that she believed “both sides of the science” on climate change.

Poor Big Oil with their

Poor Big Oil with their billions have to go through 3 sets of lawyers to make sure their alternative facts meet the approval of the their politician lap dogs' and it's so-called "laws" and "regulations". Too bad, so sad!

"...if the project were happening today, it would not be approved. "And the reason for that, is the way in which opposition can mobilize, using social media..."

Sure - blame concerned citizens and not the harm of the industry. I know their children will never suffer ill effects, though maybe their grandchildren will.

I can understand both sides

I can understand both sides of the arguments around pipelines. And I can see when one side or the other is deliberately distorting and/or concealing information. In the past 50 years or so that I have been watching, the lies and distortions have come for the most part from industry, as have the back room influence peddling with lobbyists and so on. This guy is nothing more than a shill for industry.