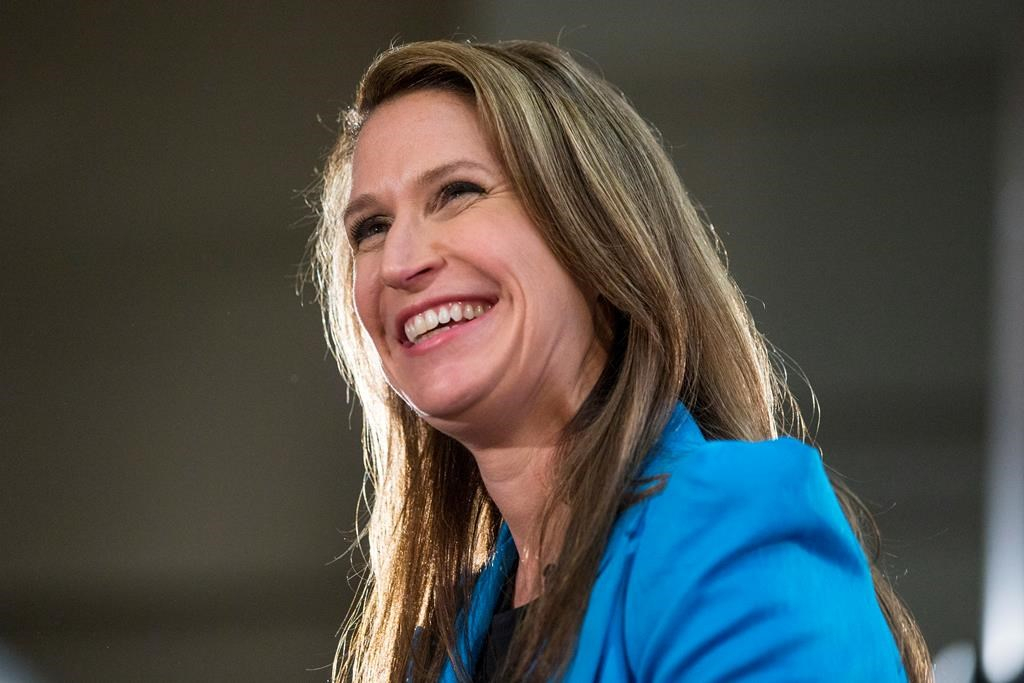 Caroline Mulroney, the latest addition to the Ontario Progressive Conservative leadership race, says that while the party needs to make major changes, she would still use the previous leader's platform as a starting point.

Mulroney, the daughter of former prime minister Brian Mulroney, said that the previous platform came out of a grassroots effort that involved the entire party.

"It's an important starting point for us," said Mulroney on the platform, dubbed the "People's Guarantee," which promised to invest in Toronto's subways and cut income taxes, among other policies.

Mulroney, who is up against former MPP Christine Elliott and former Toronto city councillor Doug Ford, said she would also support cuts in hydro rates and child care rebates if elected as the next premier.

The former businesswoman and lawyer made the comments at campaign event in Toronto, where she was interviewed by former federal cabinet minister Lisa Raitt, who served under Stephen Harper's Conservative government.

The Ontario Conservatives are scrambling to elect a new party leader after Patrick Brown abruptly resigned in the wake of sexual misconduct allegations.

The allegations, which were made last month by two women, were first reported by CTV News and have not been verified by The Canadian Press.

Mulroney said that while the situation has been tough for the party, it also presents an opportunity for the party to make necessary changes.

She said her political aspirations came out of anger over how the current Liberal government has led the province.

"We have a government that is making decisions that benefit them in the short term, not ones that benefit Ontarians in the long term," said Mulroney. "That's the opposite of the way I see government working."

Mulroney spent years living abroad in the U.S., where she studied at New York and Harvard universities, and worked in business on Wall Street. She said she came back to Toronto with her husband to raise her family.

While she has never held a seat in political office, Mulroney said that she could bring a new perspective and her own personal experience into the party.

Mulroney criticized the Liberal government for making decisions in their self-interest and used their decision to raise the minimum wage ahead of an election as one example.

"They've had an entire term to get this right … it's not lost on people that they decided to do this six months ahead on as election," said Mulroney, prompting cheers and applause in the audience.

The party will decide who will lead the party ahead of the June election on March 10. Candidates have until Feb. 16 to join the race.