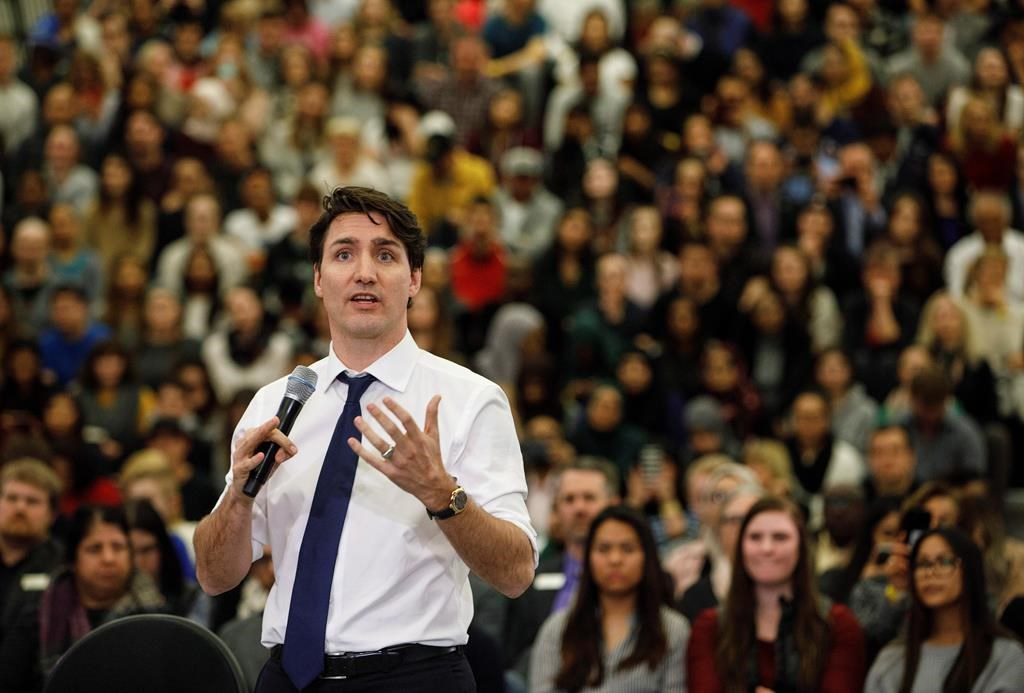 The federal Conservatives cited an itemized list of Liberal-approved expenditures to Prime Minister Justin Trudeau on Monday as they demanded he apologize for saying some veterans want more than the government can afford.

Trudeau made the comments during a townhall event in Edmonton last week, where a wounded veteran accused the prime minister of breaking a key promise from the last election.

In August 2015, Trudeau said that if he was elected, veterans would no longer have to fight the government in court for fair and equitable compensation for injuries received while in uniform.

The Liberals also promised to re-instate lifelong disability pensions for injured veterans, which were replaced by a lump-sum payment, rehabilitation programs and targeted-income support in 2006.

But upon taking power, the Liberals continued to fight a lawsuit filed against the previous Conservative government by six injured veterans demanding the re-instatement of the old pensions.

During question period in the House of Commons on Monday, Conservative leader Andrew Scheer questioned the Liberal government's priorities as he detailed several other expenditures during Trudeau's watch.

Included on the list: the $10-million settlement with Omar Khadr; $256-million for a China-led infrastructure bank; a $372-million loan to Bombardier and $200,000 for Trudeau's Christmas trip to the Aga Khan's island in 2016.

"So why does he say no to Canada's veterans?" Scheer said after demanding Trudeau apologize for his remarks last Thursday, which have since been viewed online thousands of times and stoked anger in the veterans' community.

Trudeau was seated at his desk as Scheer spoke, but it was Veterans Affairs Minister Seamus O'Regan who rose to answer the question by citing several recent initiatives introduced by the Liberals for veterans.

Those included a new version of disability pensions that O'Regan unveiled in December, which the Liberals say will provide more compensation to the most severely injured veterans.

Many injured veterans, however, including the six involved in the so-called Equitas lawsuit as well as one of Canada's largest veterans' associations, say the new pensions still fall far short of what was available before 2006.

During the event last week in Edmonton, retired corporal Brock Blaszczyk, who lost his left leg in Afghanistan in 2009, confronted Trudeau about the prime minister's promise not to fight veterans in court.

"Why are we still fighting against certain veterans' groups in court? Because they're asking for more than we are able to give right now," Trudeau responded, prompting boos from some members of the audience.

After quieting the crowd, the prime minister went on to defend the new system of providing compensation and support to veterans, which includes money for rehabilitation, job-training and caregiver support.

"We cannot return to the amount of money that was given before without accounting for the money invested in services for veterans," Trudeau said.

"And what I know from veterans I've spoken to is nobody wants after having served their country with valour and honour and sacrifice to have their government say: Here's your cheque. Now don't bother us anymore."