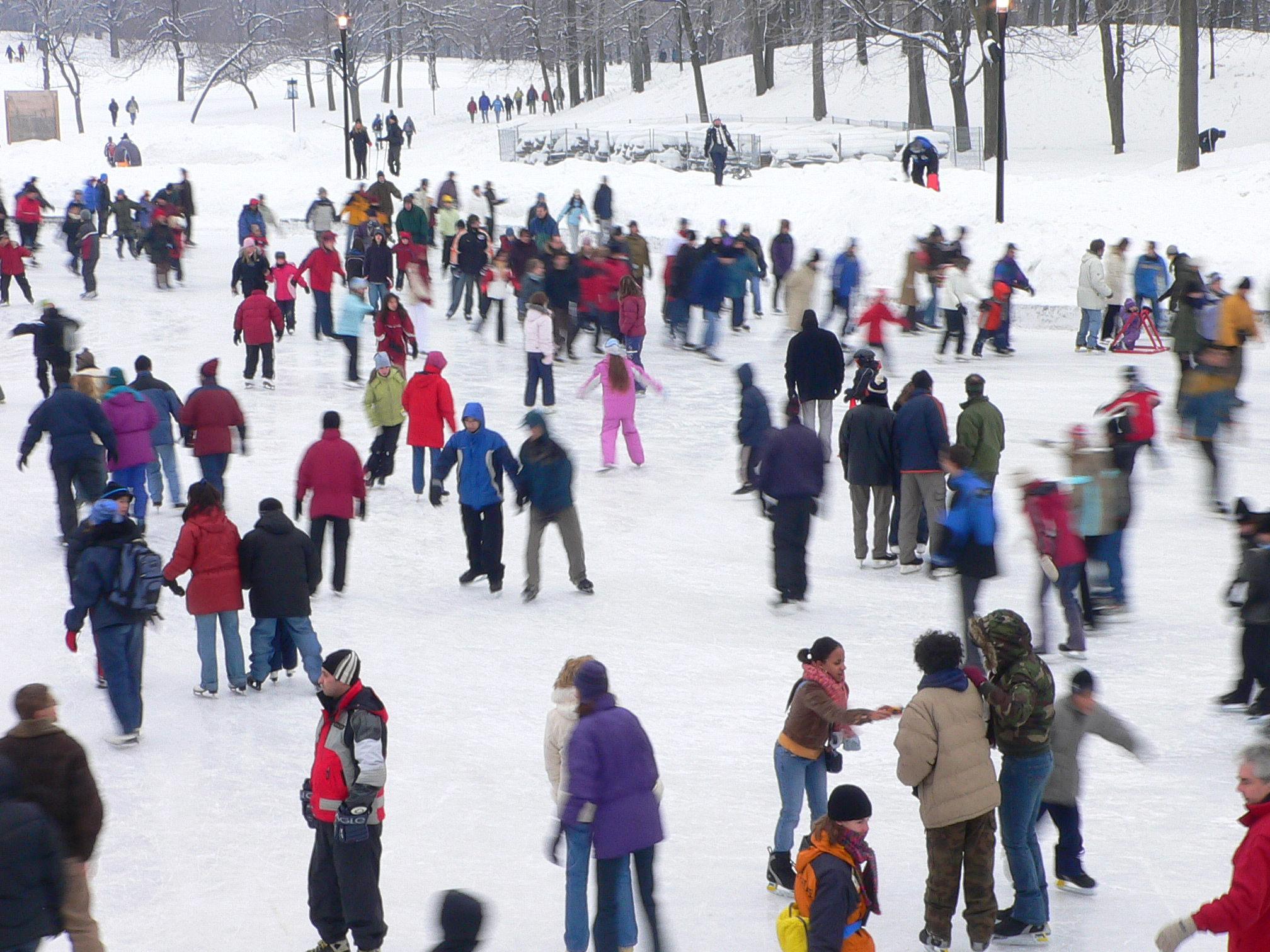 Families enjoy an afternoon of skating on Montreal's beloved Beaver Lake outdoor rink on Jan. 8, 2006. The rink has since been shut down for good. Photo courtesy of Zalgon/Flickr Creative Commons
Previous story
Next story

I cried when I learned that Montreal is permanently closing the iconic Beaver Lake skating rink on Mount Royal, a place that was magical to me growing up in the 1960s and early 70s.

It wasn’t the first time or the worst time, and certainly won’t be the last time, that a climate hawk has had to say goodbye to a place they loved. It felt weirdly self-indulgent to mourn the loss of a skating rink when Cape Town, South Africa is on track to run out of water in April, while 20 million people in the Horn of Africa face climate-induced drought.

But what these stories and so many others have in common is a massive, global crisis where the impacts, solutions and massive gains in the shift off fossil fuels are overwhelmingly local and regional.

My tears reflect frustration as well as personal loss. Cities account for more than 70 per cent of global emissions. Local government is most often responsible for a place like Beaver Lake. And the news hit soon after my adopted town, Ottawa, went through a travesty of an annual budget process that left coherent climate and energy programs on the cutting room floor.

Among climate-fuelled natural disasters in 2017, Beaver Lake is tiny. But its wintertime closure is one of those boiling-the-frog moments that show how deeply climate change already reaches into our day-to-day lives, into the storylines and memories we take for granted.

The natural rink was built in the 1930s by Canada’s first landscape architect, Frederick Todd. Last year, it was only open to skaters for 37 days, compared to about 100 days in years past, city executive committee member Luc Ferrandez told CBC. Now it’s been declared unsafe due to fluctuating temperatures, after two maintenance trucks fell through the ice. From now on, skaters will be directed to a smaller, refrigerated rink nearby.

In the news coverage, Montreal Mayor Valérie Plante said she and Quebec Premier Philippe Couillard both remembered skating on the rink as children. They must have been better skaters than I, but the lake and the rink are still deep, fond memories for me: I (somewhat) learned to ski on the hill nearby, and spent summer afternoons clambering over the rock pile that looked so imposing when I was four feet tall.

Beaver Lake isn’t the only rink falling victim to a warming climate. A team led by Concordia University climate scientist Damon Matthews first found evidence for a significant shortening of the outdoor skating season in 2012. "It is hard to imagine a Canada without outdoor hockey, but I really worry that this will be a casualty of our continuing to ignore the climate problem and obstruct international efforts to decrease greenhouse gas emissions,” Matthews said at the time.

I count Beaver Lake among climate wake-up calls. Montreal experienced unusual and severe flooding last year. So many cities and countries have faced far worse. And climate change has is drawing more and more people across Canada and the world into a fight to save their communities and cultures.

Sad news can paralyze any of us. But with momentum building to reduce global greenhouse gas emissions, ramp up affordable energy alternatives, shift investment to support a post-carbon transition, and hold the fossil industry accountable for carbon pollution, the only way we’re sure to lose this most important of fights is if we allow it to immobilize us.

That line of thought leads to two questions that are essential for each of us as everyday citizens, but may be inconvenient for some of our elected representatives:

Some of Canada’s biggest cities have clearly got the memo.

As Vancouver enters the sunset of Gregor Robertson’s mayoral term, its Greenest City Action Plan includes commitments to cut community-based greenhouse gas emissions 33 per cent from 2007 levels by 2020 and hit a 100 per cent renewable energy target by 2050.

In the heart of Canada’s oilpatch, Calgary’s Community Greenhouse Gas Reduction Plan aims to cut emissions 80 per cent by 2050 from the 2005 level and signposts the “other environmental, economic and social benefits” it will achieve as a result.

Toronto Mayor John Tory recently argued for full funding of the city’s ambitious TransformTO plan, which calls for an 80 per cent carbon cut from 1990 levels by mid-century. “There is no time to waste here,” he wrote. “I want Toronto to lead, not follow. I want us to demonstrate that we are a city that represents its residents today, while ensuring their well-being and prosperity for years into the future.”

TransformTO is up for a series of council votes this month, and it remains to be seen whether the city will skimp on funding. But at least the city has an integrated, coherent plan, with the senior executive support that is one of the cornerstones for the sustained response the climate crisis demands.

An embarrassment in the nation’s capital

Contrast that flurry of municipal activity with Ottawa, which allocated a measly $500,000—just 56 cents per resident, with no dedicated staff—for a local energy transition plan that is supposed to be a priority for the city council term that ends later this year.

Even after the city treasurer magically discovered another $10 million in available program dollars on the last day of last fall’s budget debate, Mayor Jim Watson and his council majority still couldn’t find desperately-needed dollars to invest in a post-carbon future.

That was after the years the city squandered in a delayed response to climate change, followed by more years developing Energy Evolution, a set of nearly three dozen prioritized action items to begin making good on its climate and energy commitments.

The mayor and council flag other programs—in public health, economic development, social equity, and more—that might deliver secondary reductions in emissions and reductions. They have a point. But without the connective tissue of a properly funded and staffed climate and energy office—without a senior decision-maker deliberately stepping up to declare climate change a real priority—those uncoordinated efforts won’t make Ottawa a part of the post-carbon transition.

Far from Environment and Climate Change Minister Catherine McKenna’s vision of her home community as the world’s greenest capital, Ottawa’s piecemeal, uncoordinated approach to climate and energy is an embarrassment.

"We used to have over 60 days [of skating] continuously," Julie Colbourne-Milne, president of the Ottawa Pacers Speed Skating Club, told CBC. "Over the last five years, it's been just dwindling down to 40 days, then 30 days, and we've only had a handful of days so far this year."

If the oval is funded, the club will no doubt hold a ribbon-cutting. The mayor will certainly want to attend.

In all fairness, even the most inspired climate programming today won’t save Beaver Lake, the Brewer Park Oval, or this year’s water supply in Cape Town.

So there are plenty of reasons to get past moments of grief and frustration to turn up the heat on government at every level that is still not on board, until we get the carbon targets and far-reaching action we need.

Mitchell Beer is president of Smarter Shift in Ottawa and curator of The Energy Mix, a thrice-weekly e-digest on climate change, energy, and the post-carbon transition.