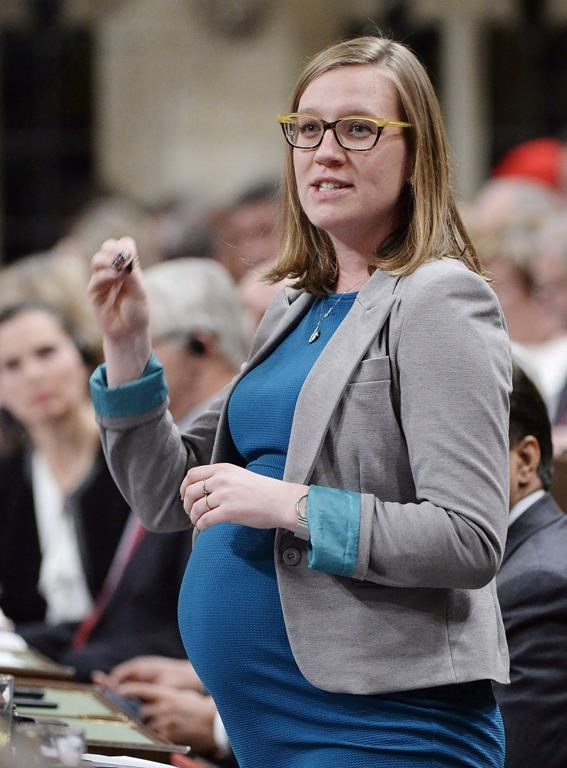 Minister of Democratic Institutions Karina Gould rises during question period in the House of Commons in Ottawa on Wed. Jan. 31, 2017. File photo by The Canadian Press/Adrian Wyld
Previous story

Democratic Institutions Minister Karina Gould is about to become the first federal cabinet minister in history to take a maternity leave.

Gould is expecting her first child in early March and will go on maternity leave until at least May after the baby is born.

MPs and cabinet ministers do not pay into employment insurance and don't officially qualify for maternity leave, but can work out an arrangement with their party leadership to take time beyond the 21 days of medical leave afforded any MP.

Gould's spokeswoman says the minister will be in the House of Commons next week before returning to her home in Burlington to await the arrival of her baby.

How tough can it be to take a

How tough can it be to take a mat leave for only 3 paid weeks of sick leave when you are already making no less than $172,700 per year?
The average Canadian mother should have it so "tough"!
https://globalnews.ca/news/3408619/mp-salary-raise-canada-justin-trudeau...