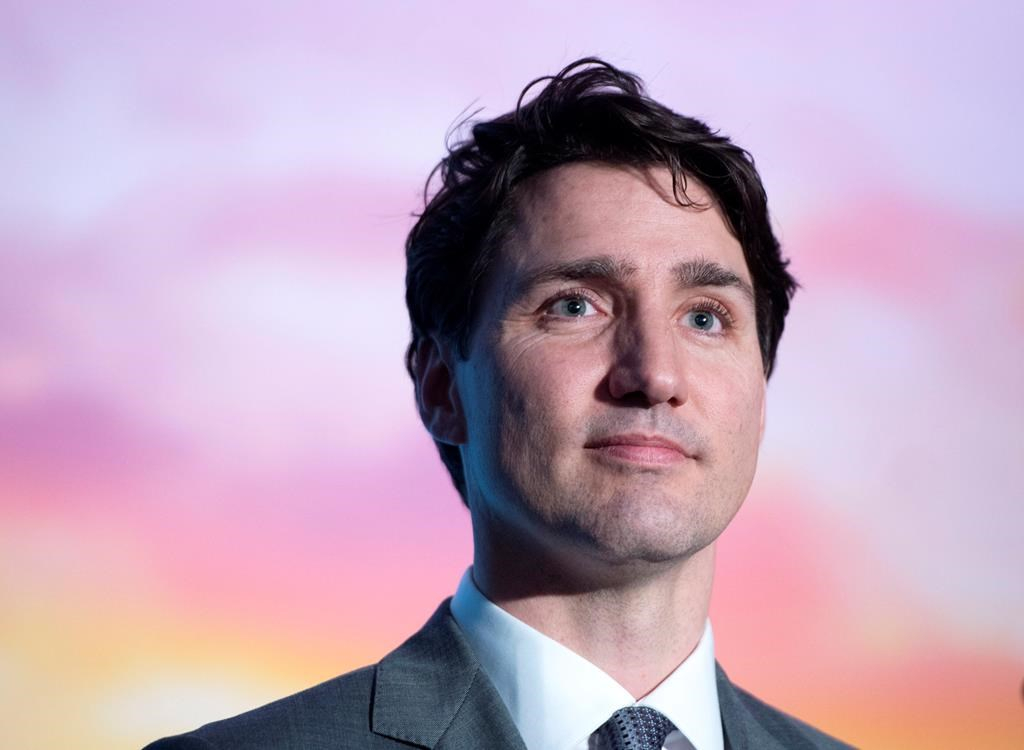 Prime Minister Justin Trudeau is meeting with business leaders in the United States this week, February 2018. Photo by The Canadian Press
Previous story
Next story

The Reagan library in Simi Valley will serve as the backdrop for a speech Trudeau will give to local, state and federal legislators.

As Trudeau stands on the ground floor of the Air Force One pavilion, a large wall of windows will provide a view of the surrounding hills. Overhead will be a massive symbol of American diplomacy: the presidential plane that carried Reagan and six other presidents.

A liberal leader giving full−throated support to free trade that Reagan trumpeted will cause a shake−up among American conservatives, particularly think−tanks that have influence over President Donald Trump’s policies, said Sean Speer, a senior fellow at the Macdonald−Laurier Institute.

Speer said the speech could also make old−school Republicans rethink their backing of Trump, who has repeatedly vowed to end free trade with Canada, which Reagan secured in the 1980s.

"It would be counter−intuitive and really powerful if he (Trudeau) kind of owned the Reagan legacy in his remarks," Speer said.

"Honestly, I just think it’s absolutely brilliant. Frankly, I wish we would have thought of it when (Stephen) Harper was prime minister," said Speer, who was a senior economic adviser to Harper.

Trudeau has tried to make the case to Americans during this four−day swing through the United States that trade has been a boon for their country, despite their concerns. In Chicago, he suggested that ending that trade would cause economic disruption that could hurt Trump politically.

A year ago, Californians weren’t talking about trade, but Trump has placed it front and centre in the American consciousness.

Trump has equated trade with the loss of American jobs, raising its importance in relation to his nation’s economy, said John Heubusch, executive director of the Reagan library and institute.

"In our minds, given the huge importance that president Trump has placed on re−looking at NAFTA, the Reagan library — you couldn’t find a more perfect platform from which Prime Minister Trudeau could speak to that very topic."

Reagan was president when the United States and Canada signed a landmark free trade deal in 1988, a forerunner to the North American deal reached a few years later.

The two−term Republican president was also a good friend of then−prime minister Brian Mulroney and that relationship helps explain how Trudeau ended up in California.

Heubusch said the chairman of the institute’s board of trustees, Washington Post publisher Fred Ryan, raised the idea of Trudeau visiting the centre during a recent meeting with Mulroney.

Trudeau’s team likely couldn’t pass up the opportunity to use Reagan’s image as part of their free−trade blitz, particularly for Republican lawmakers and voters who have given the former president mythological status.

"One thing that the Trudeau government is brilliant at is its messaging. It gets the idea of symbols," said Kathy Brock, a professor in the school of policy studies at Queen’s University in Kingston, Ont.

"That plays into the two−pronged strategy of putting a little pressure on the current president and Congress to think carefully about our trade ties, but then also reminding the United States of a president and a legacy that many people view with some affection now."

Trump’s threats to tear up NAFTA under the mantra of "America First" have cast a shadow over negotiations, which are stuck on key issues around auto parts, a sunset clause, and how to resolve disputes between governments and companies.

There are still two rounds of talks before the congressional midterm elections in the United States, giving Trudeau a chance to pitch trade to people up for re−election this year.

Heubusch said Reagan would have likely agreed with Trump on the idea of putting American interests at the forefront of negotiations, but would diverge on the idea that the U.S. economy could make a go of it absent trade.

"This can’t be America alone, especially with a trading partner as vital as Canada," he said.