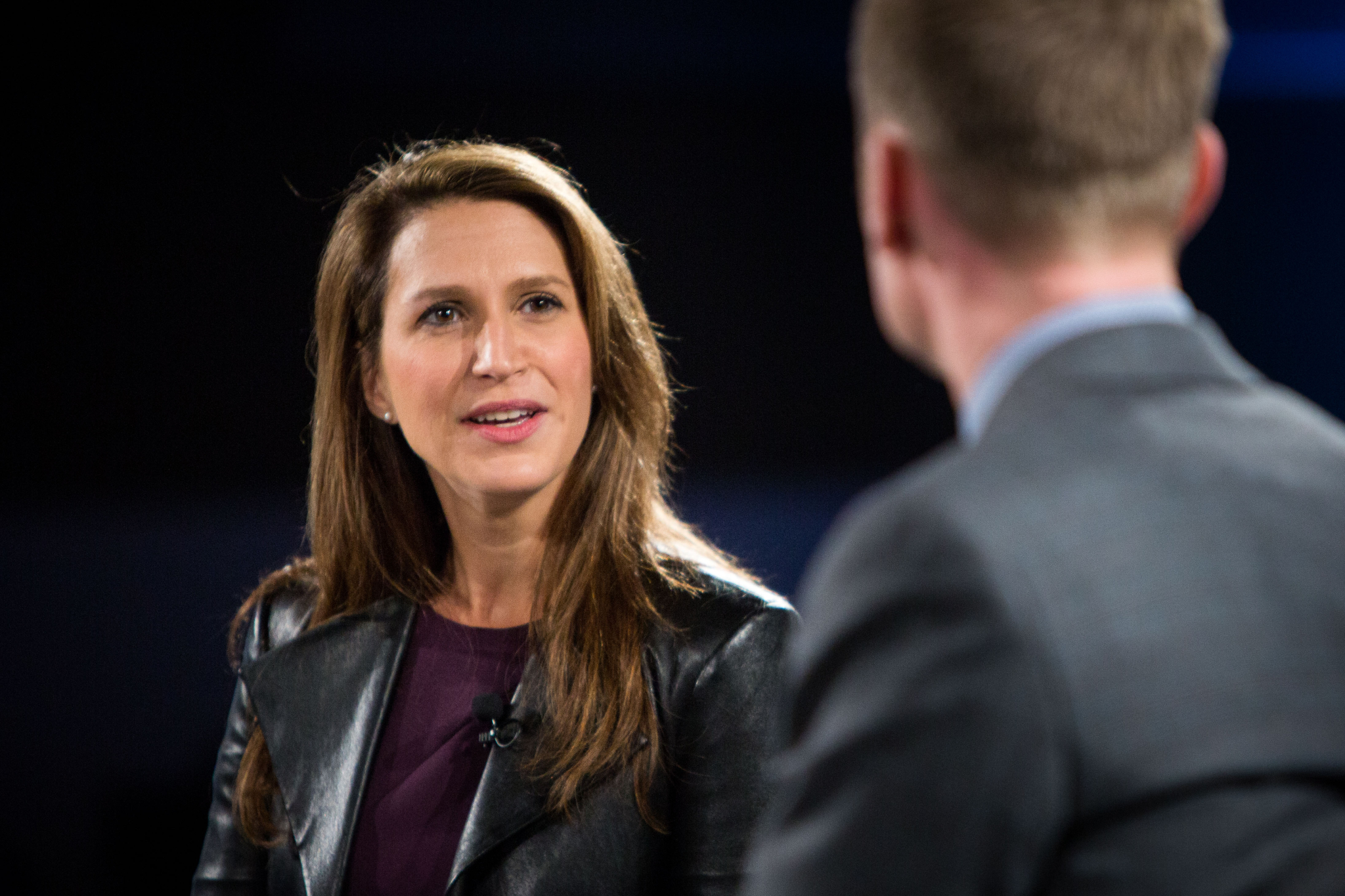 Speaking at the Manning Networking Conference in Ottawa — an annual event whose participants are predominantly conservative — she said residents of Ontario are suffering from "energy poverty" at the hands of successive provincial Liberal governments that have been "wasting money for 15 years."

She criticized soaring hydro rates under Wynne, and brought up a recent, scathing auditor general's report that found the government had cost consumers $300 million in higher bills as a result of lax oversight of electricity companies.

"This is going to be a change election," Mulroney told an audience on Friday morning. "It’s time to get rid of the Liberals. This will not be about the carbon tax, this will be about how hard it is to live in Ontario."

Mulroney, who is running for election in the riding of York-Simcoe, didn't focus on her strategy to win her party's leadership race in March. She skipped straight to the provincial race in June, and said as premier, her government would be "forward-looking."

"We'll have conversations about what Ontario needs to look like in 20 years, to make sure we're training people for jobs that will exist in 20 years — not for jobs that we have today, because the economy is changing," she said.

Mulroney didn't say how the economy is changing, or what she expects those jobs to be — whether they will be part of the transition to a greener Ontario, or not. She did however, elaborate on her recent decision to oppose the federal carbon tax, a pollution pricing mechanism she claimed has "never sat well" with her.

"I've always said that I’m against new taxes, and I said that the carbon tax is a new tax," she told her interviewer, journalist Anthony Furey. After consulting with members of her party, she added, she decided that it wasn't compatible with her affordability-focused platform.

"It’s time to get rid of the Liberals. This will not be about the carbon tax, this will be about how hard it is to live in Ontario," said PCPO leadership candidate Caroline Mulroney.

Mulroney is the last of the three Ontario Tory leadership candidates to take a stance against the carbon tax. She running against former Toronto city councillor Doug Ford, and former Toronto-area MLA Christine Elliott.

Asked how she planned to keep life affordable for Ontarians without a price on carbon — projected to generate $4 billion for the province in its first four years — she said she would look for savings elsewhere in the system.

"Just recently the auditor general looked at 14 programs in Ontario and found a billion dollars in waste," she explained. "So... we're going to look there and I'm confident that we'll be able to deliver a plan that makes life more affordable in Ontario and doesn't add to the tax burden of Ontarians."

Addressing questions about why she decided to run for politics, Mulroney said that contrary to popular belief, her decision was most heavily swayed by her mother rather than her father, Brian Mulroney.

When she tossed the idea around with the former prime minister, he reportedly said: "Your riding is big, drive safe." It was her mother however, who advised her on the challenges of raising a young family of four with the demands of a challenging career in the public spotlight.

Her mother immigrated from Yugoslavia to Canada with her grandparents, she explained, and she often joined them at church when her father was busy.

"Her experience helped define my approach to conservatism," said Mulroney. "People always ask me about my dad, but my mom and my grandparents are a big, big part of my life."

As a conservative, said Mulroney, she believes in "a big family" party of people who "speak true" and respect one another's diverse views. The government, she added, should always be "the last resort."

"The government should be creating the conditions for people... to lift themselves up and make their choices," she explained. "They should be able to make their own choices for their families, for their business, and governments should not be making it harder for them to make those choices."

It seems to be clear that the

It seems to be clear that the environmental convictions of her father aren't carried on with his daughter. I hope that she doesn't actually follow up on these promises otherwise the citizens of Ontario will suffer the consequences such policies.