TransCanada going ahead with $2.4-billion expansion of NGTL system 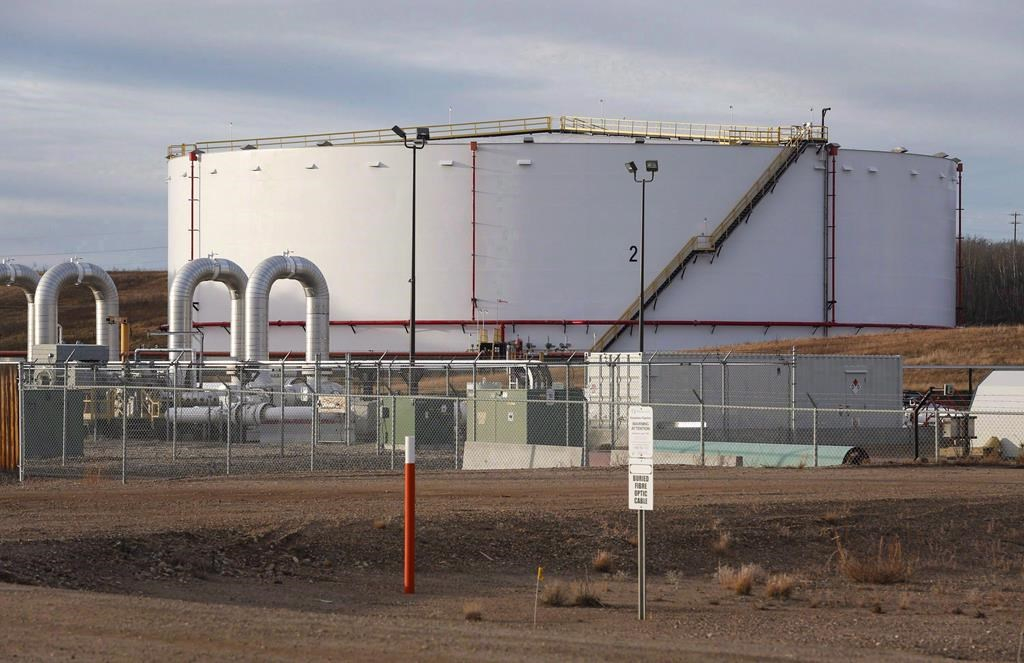 TransCanada Corp. is going ahead with a $2.4-billion expansion of its NGTL natural gas system in Western Canada, the company said Thursday as it reported a swing to profitability in its fourth-quarter.

Fourth-quarter earnings were boosted by a number of one-time items, including an $804 million recovery of deferred income taxes as a result of U.S. tax reform.

The company's board also boosted its quarterly divided by 10 per cent to 69 cents.

"We are pleased that our vision of becoming one of North America's leading energy infrastructure companies is becoming a reality. In 2017, we advanced a number of strategic initiatives and delivered record financial performance following the successful integration of Columbia into our operations," said Russ Girling, TransCanada's president and chief executive officer.

The company said the decision to expand NGTL comes after it recently completed an oversubscribed open season. Shippers have executed binding agreements for one billion cubic feet per day of expansion capacity for firm service that will start in November 2020 and April 2021.

The expansion program will include approximately 375 kilometres of large diameter pipeline, compression facilities, meter stations and other associated facilities.

It expects to file a project description with the National Energy Board by the second quarter of this year to start the review process and hopes to begin construction in 2019.

Girling added that the company will continue its $23 billion near-term capital spending program, including an additional $2.4 billion on NGTL. It will also invest more than $20 billion in medium- to long-term projects including the controversial Keystone XL.

"Progress on Keystone XL continues following the Nebraska Public Service Commission approval of a viable route through the state, which we support, and the receipt of commercial commitments for the project," he said.

"At the same time we expect to secure additional organic growth associated with our extensive North American footprint in natural gas pipelines, liquids pipelines and power generation as evidenced by ongoing expansions of the NGTL System."

In January, the company said it had secured 500,000 barrels a day of 20-year commitments for its 830,000 barrel a day Keystone XL pipeline project, but held back on giving a final investment commitment.

There is still some uncertainty around the project, especially in Nebraska where the state approved an alternative to TransCanada's preferred route in November.

TransCanada has said it's working with landowners in the state to obtain the necessary agreements for the approved route, but the company also faces legal challenges regarding how the pipeline was approved.

The company said construction preparation has started and will increase as the permitting process advances throughout this year, with primary construction now expected to begin in 2019 rather than mid-2018.