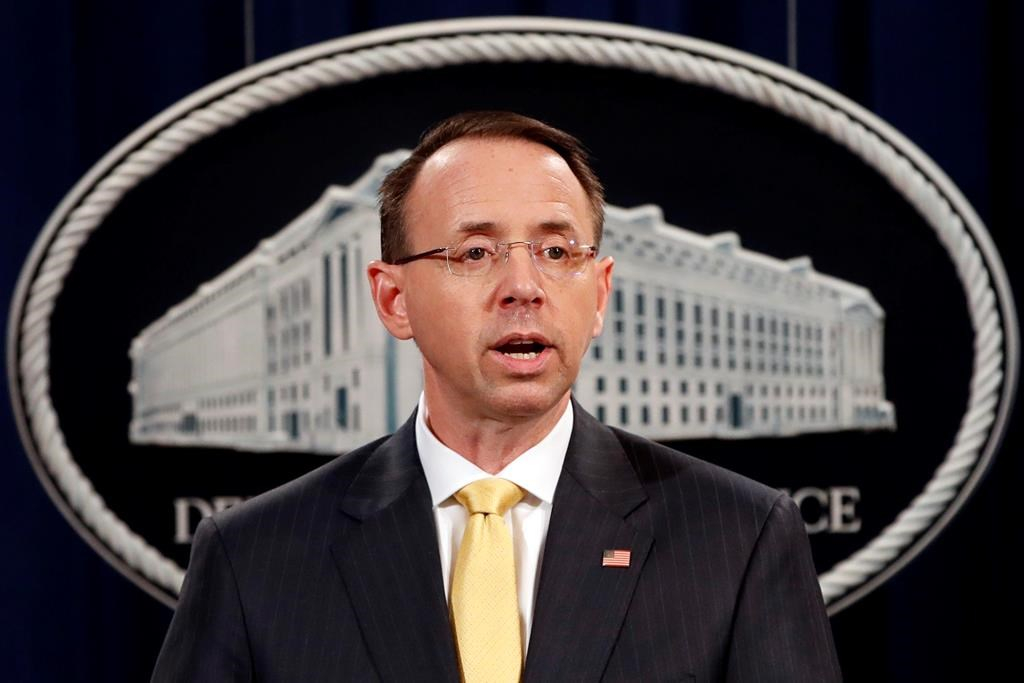 Deputy Attorney General Rod Rosenstein, speaks to the media on Friday, Feb. 16, 2018, in Washington. Photo by the Associated Press
Previous story
Next story

A dramatic new chapter was opened Friday in the Russian election-meddling scandal. In unprecedented detail, special counsel Robert Mueller has described a Russian scheme to influence the 2016 American election.

It allegedly involved identity theft, bank fraud, a series of election-law violations and an astonishingly organized operation in which salaried employees worked in separate departments to spread contempt for most major American politicians not named Donald Trump.

Thirteen Russians, and three organizations, have been charged.

The allegations laid out Friday brought immediate consequences. By the day's end, the U.S. president, who has consistently avoided acknowledging Russian election involvement, appeared to state unequivocally that Russians had indeed meddled in American affairs.

Trump made that concession with one caveat: there was no collusion from his own side, he said. Indeed, there were no allegations of wrongoing made Friday against either his campaign, or any other Americans.

There was one exception. Mueller delivered a separate indictment Friday of one American man. Richard Pinedo of California pleaded guilty to using a company called Auction Essistance in selling access to financial using stolen identities.

Here are several highlights from the indictments:

What happens if Trump fires special counsel Mueller: it starts with 500 protests