'All of us should be ashamed': Calls for change after jury finds Raymond Cormier not guilty 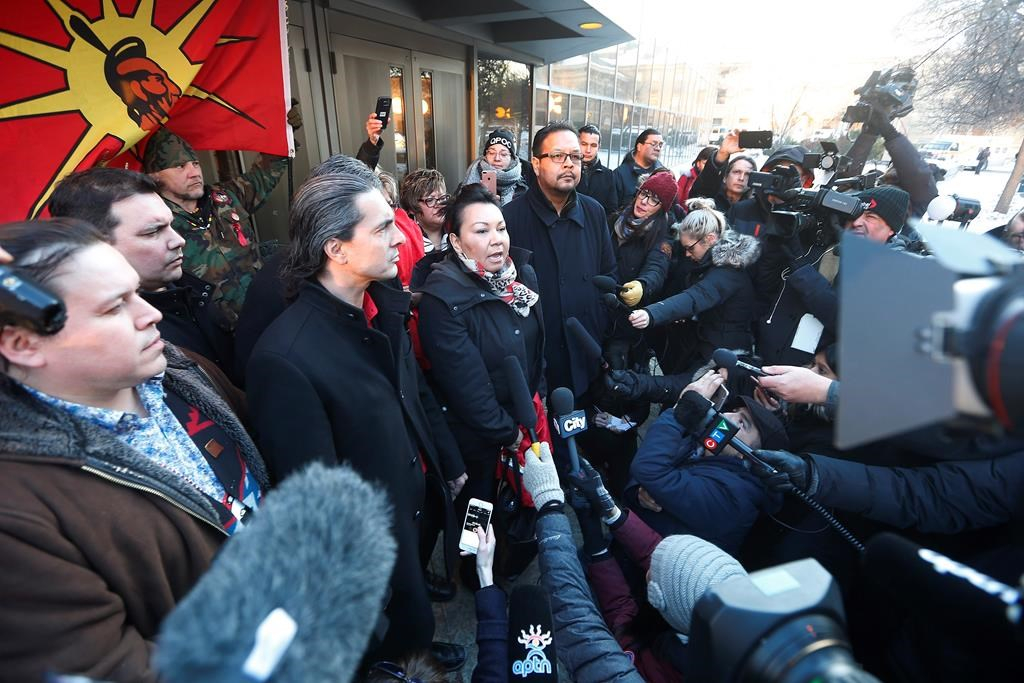 Grand Chief Jerry Danies, Chief Arlen Dumas, Chief Sheila North and Chief Kevin Hart speak to media outside the law courts in Winnipeg after the jury delivered a not-guilty verdict for Cormier on Feb. 22, 2018. Photo by The Canadian Press
Previous story
Next story

Supporters of Tina Fontaine plan to hold a walk in Winnipeg today to honour the girl a day after the man accused of killing her was found not guilty.

A jury acquitted Raymond Cormier, 56, of second-degree murder after 11 hours of deliberation.

The verdict was met with anger and sadness by Indigenous leaders who say the 15-year-old girl was completely let down by the social safety net that was supposed to protect her.

"Everybody right now across this country should be ashamed of themselves for the injustice that just occurred here."

Tina's body, wrapped in a duvet cover and weighed down with rocks, was pulled from the Red River in Winnipeg eight days after she was reported missing in August 2014. Cormier was charged more than a year later.

Tina was being sexually exploited after coming to Winnipeg from Sagkeeng First Nation, 120 kilometres north of Winnipeg.

The jury heard how Tina's relatively stable upbringing spiralled out of control when her father was murdered. Her mother came back into her life and Tina had gone to visit her in Winnipeg, where the girl descended into life on the streets.

She and her boyfriend met the much-older Cormier in the summer of 2014. The jury heard Cormier gave the couple a place to stay, gave Tina drugs and had sex with her.

Fontaine was in the care of social services and was staying at a Winnipeg hotel hotel when she disappeared.

Her death prompted renewed calls for an inquiry into missing and murdered Indigenous women.

She said Fontaine's death galvanized Canadians to demand measures to stop the ongoing tragedy of missing and murdered Indigenous women and girls.

"The families of these women and girls - and the whole country - need answers to the systemic and institutional failures that lead to the murder of Tina Fontaine and far too many other Indigenous daughters, mothers, sisters, aunties, and friends," Bennett said.

"We need to examine all the factors that lead to these violence acts, including: policing, child welfare, health care, and the social and economic conditions."

"We as a nation need to do better for our young people. All of us," said Sheila North, grand chief of Manitoba Keewatinowi Okimakanak, an organization that represents northern Manitoba First Nations.

"All of us should be ashamed."

'Society should be horrified:' Some cases of missing, murdered aboriginal women