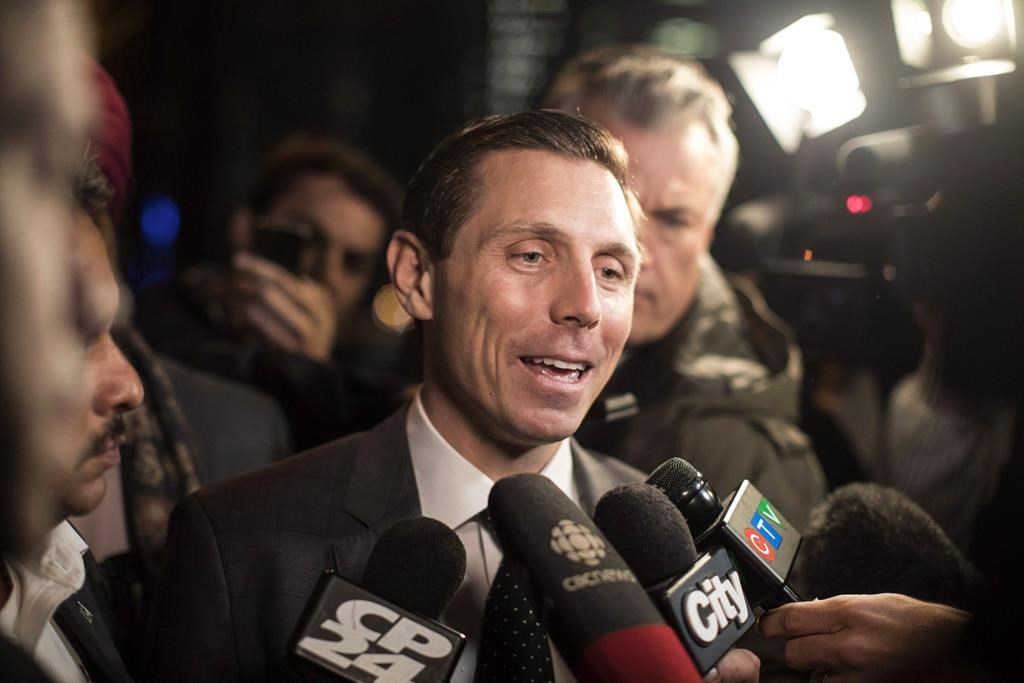 The former leader of Ontario's Progressive Conservatives has filed a notice of libel against CTV News, claiming it engaged in false and malicious reporting when it broadcast sexual misconduct allegations against him.

Patrick Brown abruptly resigned as leader of Ontario's Tories in January, just hours after CTV reported the allegations that he has categorically denied. Brown has since launched a bid to reclaim his job.

His notice of libel, which his lawyers said was filed in court on Friday evening, alleges CTV's reporting was "false, malicious, irresponsible and defamatory."

"Their publication and broadcast was calculated by the defendants to disparage and injure the reputation of Patrick Brown personally and in the way of his office, profession, trade and calling," it reads.

Through the document, Brown demands that CTV immediately broadcast and publish an apology and retraction in a form he approves of.

CTV said it has received a notice of libel and defended its work.

"CTV News stands by its reporting and will actively defend its journalism in court," the network said in a statement.

The allegations reported by the broadcaster from two unnamed women date back to Brown's time as a federal MP. They have not been verified by The Canadian Press.

In its original report, CTV said one woman, who is now 29, claimed she was in high school and under the legal drinking age when Brown allegedly asked her to perform oral sex on him at his home on a night when she had been drinking. Another woman said she was a university student working in Brown's constituency office when, during a gathering at his home, he allegedly kissed her in his bedroom and got on top of her, CTV reported.

Earlier this month, CTV reported that the first accuser updated her timeline to reflect that she was not in high school or under the legal drinking age during the alleged incident, but that the core of her allegations remained unchanged. Brown's second accuser has also said she stands by her story.

It also lists the producers, editors, researchers and fact checkers, local Toronto news station CP24, which is also owned by Bell Media, and one of its reporters.

A spokeswoman for Brown said Saturday that he wouldn't be commenting on the notice.