Still on a 2010 high, Canada posts record Olympic medal haul in Pyeongchang with 29 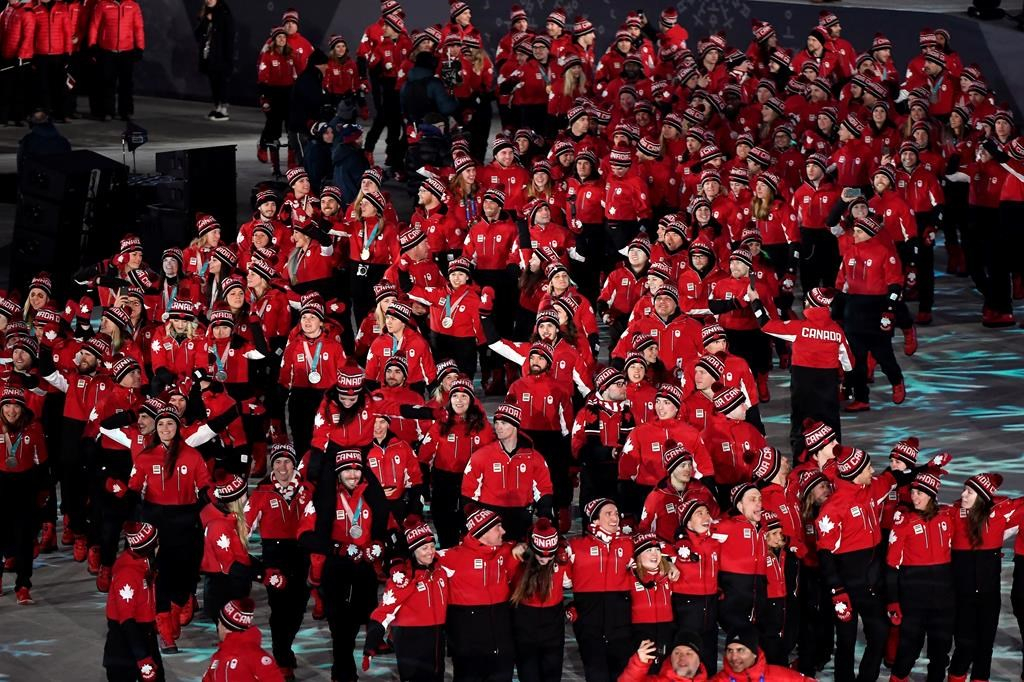 Canadian athletes enter the stadium during the closing ceremonies at the 2018 Pyeongchang Olympic Winter Games in Pyeongchang, South Korea, on Sunday, February 25, 2018. Photo by The Canadian Press/Paul Chiasson
Previous story
Next story

Canadians won a record 29 medals in Pyeongchang riding the afterburn of their country hosting the Winter Olympics eight years ago.

The previous high for Canada was 26 at the 2010 Games in Vancouver and Whistler, B.C. Those Games at home had a hybrid effect on Canada's team in 2018.

Some veteran athletes had spent over a decade in a sport system overhauled pre-2010 to make Canada a winter sport powerhouse. Among the 110 rookies on Canada's team of 225, many were inspired by Vancouver and just entering a sport environment that paved a path from playground to podium.

"Our athletes have made history at these Games," Canadian Olympic Committee president Tricia Smith said. "From a country chasing the powerhouse nations, we are now proudly in the top group growing in strength and contending for No. 1. And we'll keep going."

The Canadian Press predicted 29 medals with a breakdown of nine gold, 10 silver and 10 bronze.

Germany went into the Games as the country to beat, but Norway was out front early, scooping up cross-country, biathlon and alpine ski medals.

Canada was largely powered by individuals or teams of two. The hockey and curling teams didn't defend the four gold medals won in Sochi, Russia.

But if a plane could be turned into a parade float, ice dancers Tessa Virtue and Scott Moir would be riding it back to Canada. Social media couldn't get enough of the charismatic duo, who delivered an incredible free skate for gold.

John Morris and Kaitlyn Lawes won the first gold in mixed doubles curling to take the sting out of Kevin Koe and Rachel Homan getting shut out in team curling.

Justin Kripps and Alexander Kopacz tied for gold in men's two-man bobsled. The only large-team gold for Canada was from the figure skating squad.

The women's hockey team lost a heartbreaking shootout to the United States in the final for silver while the men's team claimed bronze in a tournament devoid of NHL players.

Alex Gough won Canada's first-ever medal in luge with a bronze in women's singles. She also collected silver in the team relay.

Alex Harvey was agonizingly close to Canada's first medal in men's cross-country skiing when he finished fourth in Saturday's 50K.

The COC's messaging for the 2018 team was "Be Virtuous, be Victorious, be Olympic."

In championing clean sport, Smith urged the International Olympic Committee to not let Russia off the hook for alleged state-sponsored doping in 2014.

She did not want the Russians, competing under a neutral flag and colours, to get their national flag back for the closing ceremonies. The IOC voted not to reinstate the Russian flag just hours before the grand finale.

There was disappointment for Canada. The shocker was the curling teams missing the podium for the first time since the sport returned to the Winter Games in 1998.

Chris Del Bosco and India Sherret were both involved in major skicross crashes. They had to be taken off the course on stretchers before going to hospital.

"Something you never want to see," Smith said. "We have some of the finest medical teams in the world taking care of them, with the goal of getting them back to good health as fast as possible."

Almost 60 Russian athletes — many of them medallists in Sochi — appealed the IOC's decision to not invite them to Pyeongchang, but were denied entry in the days before the opening ceremonies.

That eliminated a few of Canada's rivals in the sports of luge, bobsled and figure skating.

The prevailing wisdom is it takes a decade and a half to build an Olympian. If Vancouver was an inflection point, Canada still has upside heading into 2022 and even 2026.

"It started with Vancouver and the performance of the Canadian team in Vancouver where you're the host nation," Own The Podium chief executive officer Anne Merklinger said.

"The high-performance system was really transformed at that point."

The COC prepares athletes for the Games environment, looks after their needs on the ground at Games and pays for that via corporate sponsorship.

Canadian taxpayers are the largest investor in high-performance sport. The federal government spends roughly $200 million annually on it.

The slingshot effect of hosting the Olympics doesn't last forever. Calgary bidding for and winning the 2026 Winter Games could extend it.

The city is currently studying a potential bid and will make a decision this spring.

Duncan apologizes for behaviour after drunken joyride in Pyeongchang