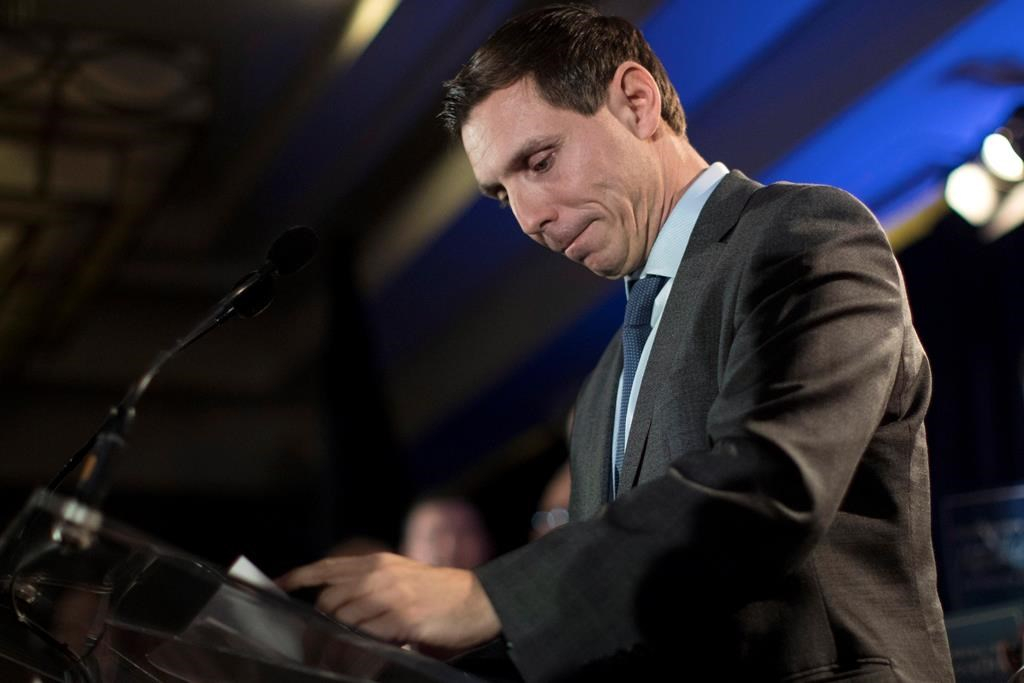 In a four−page statement posted on social media, Brown says he is quitting the party’s leadership race because it has been difficult on his family, and his candidacy has distracted from the policy discussion needed for the party as it heads toward a spring election.

"I can no longer stand as a candidate in our party's leadership race," he wrote.

A continued leadership campaign, he added, "would distract me from continuing to expose the truth and holding CTV accountable for their willingness to allow the level of professional journalism in this country to descend into realm of tabloid gossip."

Brown, 39, abruptly resigned from his post in January amid sexual misconduct allegations he denies. His departure plunged the Tories into chaos and triggered a leadership race.

His stunning statement on Monday was just as abrupt, issued following a series of conflicting news reports earlier in the day that said he was both leaving and staying in the race.

In the end, his new leadership bid lasted 10 days.

Brown says he was 'very difficult person to date'

While he was initially silent for about two weeks after his first resignation on Jan. 25, he emerged on Twitter on Feb. 6 to lash out at “false allegations” and declare “the truth will come out.”

I am immensely grateful for all the support expressed to my family and myself. #metoo can be a tool to lift society and I applaud that effort.

The truth will come out.

Thank you to all.

The former leader then joined the race to replace himself on Feb. 16, saying he had helped grow the party to unprecedented levels and should be the one to lead it into the province’s upcoming election.

Sources close to Brown maintained that he never signed a resignation letter. A news report in the Toronto Star included an audio recording confirming he had offered his resignation during a conference call with the Conservative caucus.

In his latest statement, he took a parting shot at CTV News, which reported the allegations in January hours before he resigned. Brown has filed a notice of libel against the news outlet.

"The lack of journalistic integrity demonstrated by CTV News led to an instant execution without a trial," he wrote.

Brown also criticized the media for disturbing his family with reports, including one about his “on and off relationship” with his 23-year-old partner. He added that he found it hard to maintain relationships due to his busy work schedule.

“The truth is that I was a very difficult person to date,” he wrote in the letter. “I was never home. I was always touring the province.

"Throughout it all, her family always recognized the special bond we have and encouraged us to work through the hard days. We always make each other laugh, no matter the circumstances or stress level, which is pretty amazing. The silver lining from this CTV libel, if there is one, is that it has brought us closer together.”

Brown's statement says the party is "lucky" to have Elliott, Mulroney and Ford in its political family, and adds that while he disagrees "fundamentally" with Allen on "social issues," she should still be welcomed.

Tory members are set to begin voting online for the new leader on March 2 and the winner will be announced on March 10.

- With files from The Canadian Press

I think it's absolutely

I think it's absolutely hilarious that the main thrust of the Brown People's Guarantee was a solemn promise to resign, again, if he turned out to be no good, again.