Petro boost: Alberta to invest $1B over 8 years on bitumen upgrading projects 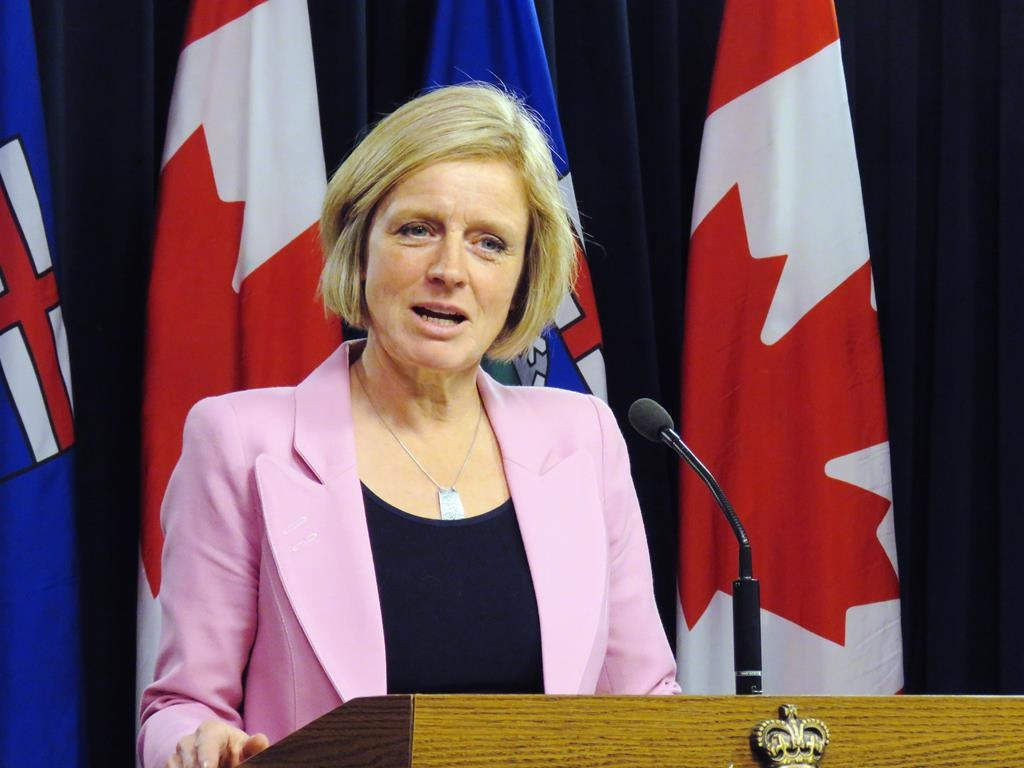 Alberta is investing $1 billion in oilsands bitumen upgrading to get a bigger bang for the buck on its oil.

Premier Rachel Notley announced Monday that the money will be used for loan guarantees and grants to attract anywhere from two to five partial oil upgrading facilities resulting in $5 billion in private investment.

"This process will help us get full value from our resources, attract billions in investment and create thousands of jobs right here in Alberta," Notley said.

The project will begin in 2019 and last for eight years.

The goal is to have Alberta's thick bitumen upgraded in the province so that more of it can flow through pipelines, leading to an increase in volume and sales.

"Partial upgrading also increases the value of our bitumen," Notley said. "It creates a higher value for the product that can be shipped to more refineries around the world."

It's expected to free up 30 per cent of pipeline capacity at a time when bottlenecks are causing Alberta crude to sell at a steep discount on the North American market.

The decision follows a recommendation from the government's energy diversification advisory committee.

The committee reports that 82 per cent of the world's energy comes from fossil fuels, but notes the global economy is shifting toward renewable sources, such as hydro, wind and solar.

It says that technology is revolutionizing the oil and gas sector in North America, particularly in U.S. shale oil and gas basins.

"This process will help us get full value from our resources, attract billions in investment and create thousands of jobs right here in Alberta," Notley said. #cdnpoli

"In the span of just a decade, the United States has gone from being our biggest customer to our biggest competitor," notes the report.

"While Alberta faces volatile and uncertain oil markets, global markets for petrochemical products are an opportunity that we cannot ignore," said Jeanette Patell, co-chair of the committee.

The committee said that Alberta can compete with jurisdictions like Saudi Arabia and the United States when it comes to running these plants, but the capital costs run up to 15 per cent higher in Alberta which makes it difficult to compete when other regions offer heavy subsidies and incentives.

"This disparity is the single most important obstacle holding back further expansion," said the report.

Notley said the $1 billion will be roughly split four to one on loan guarantees versus grants, with most of the money rolling out over the next two to three years.

She said the criteria and the screening process will lessen the economic risk.

"We'll be evaluating (the contracts) independently with great prudence and very transparently to ensure that we ultimately come up with the best deal for Albertans, for taxpayers, while ensuring that most of the risk stays in the private sector," she said.

The Opposition United Conservative Party questioned the proposal's effectiveness when the industry is hampered by increased taxes and red tape. It accused the NDP of using tax dollars to micromanage the economy.

"Rather than trying to pick winners and losers, the government should cease its harmful policies and let our industry prosper," the party said in a statement.

Notley's plan is set against the backdrop of uncertainty over expanding pipeline access to get products to the B.C. coast and from there to foreign markets.

Last week, B.C. Premier John Horgan backed down on a promise to restrict additional oil shipments from Alberta for the Trans Mountain pipeline expansion while the province asks the courts for an opinion on whether it can protect its environment from potential spills.

The move caused Notley to lift a short-lived ban on B.C. wine. But Notley said she is still working with the federal government to make sure the Trans Mountain project, which has federal approval, goes forward.

She said she will speak with Prime Minister Justin Trudeau Tuesday "to map out next steps."

No matter what Notley does to

No matter what Notley does to it, it remains nothing but DIRTY OIL.
Is a substantial amount of this investment going to research spill mitigation of of this "upgraded" bitumen?
Not bloody likely.

Wow. In a time when Green

Wow. In a time when Green energy is taking the lead and needs more investment, Notley puts another nail in the coffin. Nobody wants Albertas pipelines and banks are divesting from toxic tarsands. Wake up Notley.