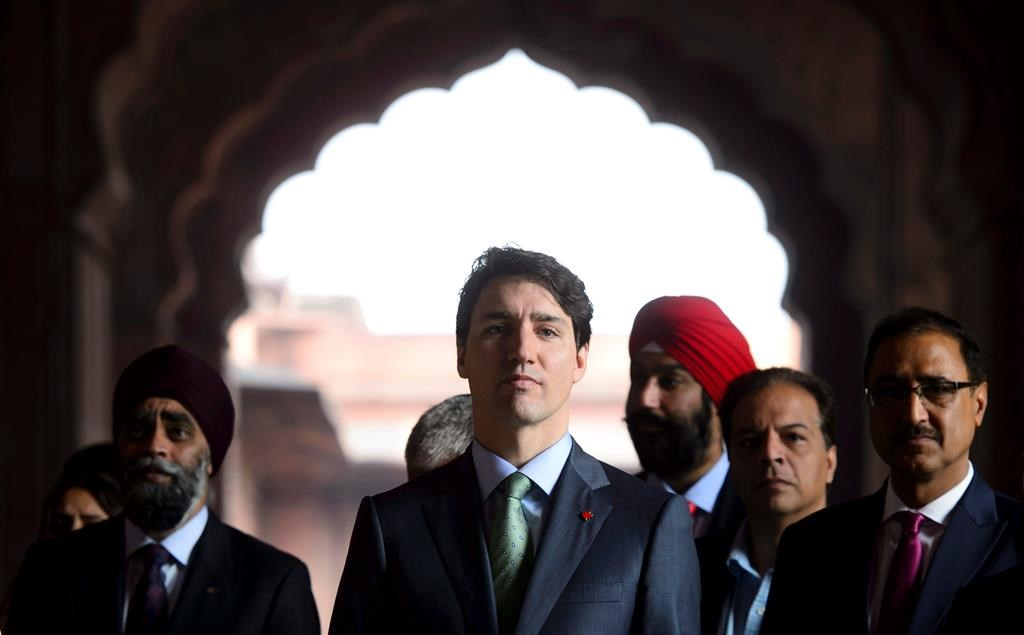 India's Ministry of External Affairs issued a statement Wednesday that the Indian government had no role in an attempted murderer being invited to a pair of events Prime Minister Justin Trudeau attended during his visit to India last week.

Jaspal Atwal — a B.C. Sikh convicted of trying to kill an Indian cabinet minister in 1986 — attended a reception in Mumbai but Trudeau's office said a later invitation to a party in New Delhi was revoked as soon as his name was spotted on the guest list.

But the official spokesman for the Indian ministry said Modi's government had nothing to do with invitations issued to Atwal.

"Let me categorically state that the Government of India, including the security agencies, had nothing to do with the presence of Jaspal Atwal at the event hosted by the Canadian High Commissioner in Mumbai or the invitation issued to him for the Canadian High Commissioner's reception in New Delhi," said Raveesh Kumar in a brief statement posted on the ministry website.

"Any suggestion to the contrary is baseless and unacceptable," he said.

Conservatives have identified the Canadian official as Trudeau's national security adviser, Daniel Jean, whom Trudeau defended Tuesday as a member of the professional, non-partisan public service.

But Trudeau nevertheless accepted the offer of Liberal backbencher Randeep Sarai, who's taken responsibility for inviting Atwal to events with the prime minister in India, to resign as the chair of the party's Pacific caucus.

"I want to again apologize for my role in recent unfortunate events," Sarai said in a statement, adding that he'll "be exercising better judgment" in future.

Atwal, a one-time member of a Sikh separatist group that is banned in Canada and India as a terrorist organization, was convicted of attempting to kill Indian cabinet minister Malkiat Singh Sidhu on Vancouver Island in 1986.

He was also charged, but not convicted, in connection with a 1985 attack on Ujjal Dosanjh, a staunch opponent of the Sikh separatist movement, who later became B.C. premier and a federal Liberal cabinet minister.