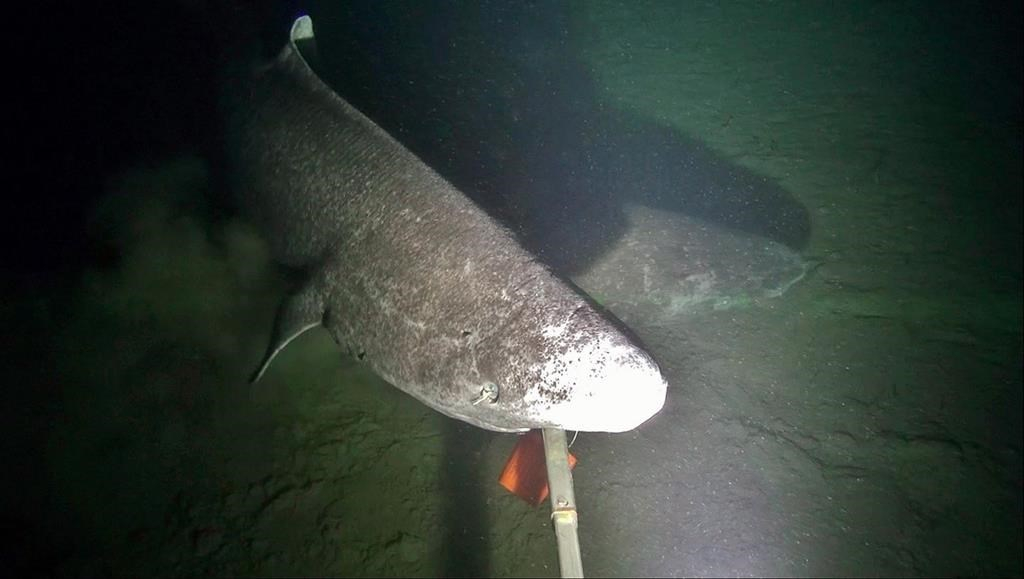 An image of a Greenland shark is shown in this handout photo provided by researchers from Marine Institute Scientists from Newfoundland have captured video of one of the marine world's largest and most elusive shark species.
Previous story
Next story

Scientists from Newfoundland have captured video of one of the marine world's largest and most elusive shark species.

The images of the Greenland shark were taken by researchers from Marine Institute who deployed baited remote underwater cameras in frigid waters in Nunavut.

They say their study provides the first local abundance estimates of one of the largest and longest-lived marine species.

The peer-reviewed study on the Greenland shark — the largest fish in the Arctic and a top predator — was recently published in the journal Scientific Reports.

Lead author Brynn Devine says the findings could help fulfil a major knowledge gap about the species that's preventing the assessment of its population status.

She says the sharks were identified by skin markings, with 142 individual sharks being identified in the 258 hours of video data.