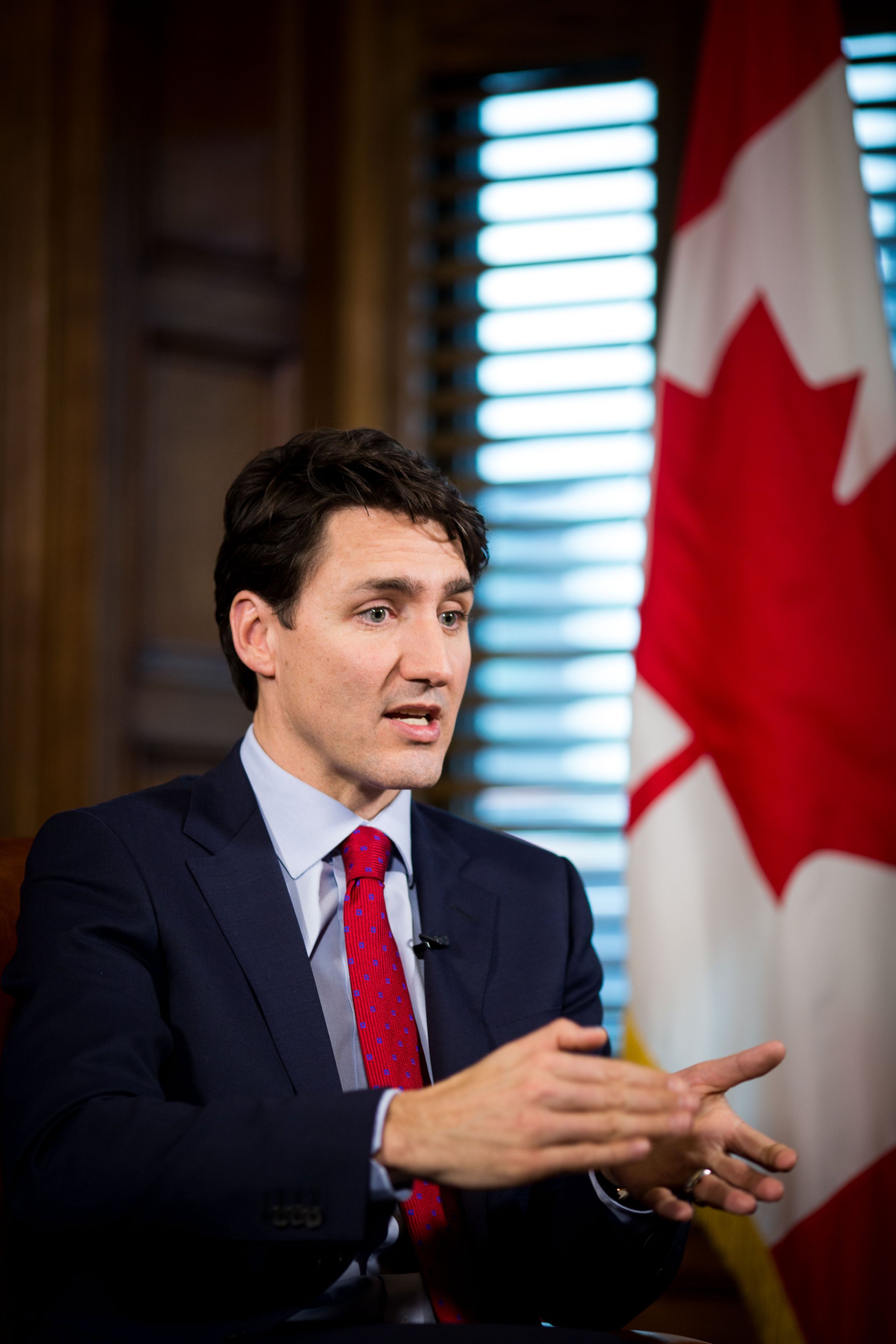 Prime Minister Justin Trudeau describes it as baffling that the United States might be on the verge of using national security as an excuse to impose heavy tariffs on Canadian steel and aluminum.

He reacted Friday after the U.S. indicated that it was leaning toward using a rarely invoked provision in American law that allows a president to unilaterally declare tariffs to counter threats to national security.

As the No. 1 supplier of both steel and aluminum to its southern neighbour, Canada is lobbying hard for an exemption. Canada has hinted at retaliatory action, as have the European Union and Mexico in what could morph into a global trade war.

''It just makes no sense to highlight that Canada and Canadian steel or aluminum might be a security threat to the United States,'' Trudeau said during an event in Barrie, Ont.

''That's why this is absolutely unacceptable and it's a point we've made many times, that I've made directly with the president. It's one that we're going continue to engage with all levels of the U.S. administration on.''

That lobbying effort is facing an uphill battle, if signs Friday are any indication.

U.S. President Donald Trump has a campaign-style rally scheduled March 10 in Pennsylvania, which is the historic heart of the American steel industry and which is now the site of an unexpectedly hard-fought special congressional election.

Trump was reportedly in a foul mood over months of internal foot-dragging over tariffs. He even said he welcomed a tariff war, given the size of the U.S. import-export deficit, tweeting Friday: ''Trade wars are good, and easy to win.''

Trump has announced plans for a tariff of 25 per cent on steel, and 10 per cent on aluminum. Canada is the top supplier of each to the U.S., with $15 billion a year in combined sales for use in things like cars and, ironically, American military gear.

Meanwhile, the protectionist wing of the U.S. administration appears ascendant. The free traders around Trump were frozen out of recent decision-making, according to U.S. press reports. That includes the U.S. military — which has publicly disputed the idea that steel and aluminum imports are a security threat at all, arguing against broad tariffs that might damage alliances.

But the top official on the U.S. steel file appeared Friday to describe it as a fait accompli.

U.S. Commerce Secretary Wilbur Ross defended the idea of tariffs on everybody in an interview, and when he asked whether Trump indeed planned to impose penalties on the entire globe he answered in the affirmative.

''That's what the president seemed to announce,'' Ross told CNBC. ''Let's assume that to be the case.''

He went on to say partial tariffs wouldn't work. For example, the U.S. already experimented with steel tariffs or import controls in the 1980s and early 2000s. Ross said past attempts failed because the protective barrier had some holes in it.

He suggested the basic problem was Chinese over-production, which creates a global glut, with dumped products finding a way into the U.S. through third countries: ''You put a tariff on it coming from one country, they trans-ship it through another one. So it has to be broad. It has to be global in its reach.''

Trudeau said he has spoken with Trump numerous times to press Canada's case about the potential impact of trade-limiting tariffs and will continue to do so, but it wasn't immediately clear whether he planned to call again in the coming days.

Numerous press reports cast the president as being in an especially foul mood this week over a variety of developments — ranging from the Russia investigation, to White House infighting between his staff and family members, to the departure of close allies.

An NBC report quoted a U.S. official describing the president as ''unglued.''

Conversations between officials are happening on other fronts.

Garneau even chatted with Ross in Florida during a satellite launch, which they were both attending as news of the tariffs broke Thursday. He said Ross was non-committal.

This dispute has rattled trade wonks more than most.

One veteran analyst says tariffs are bad economics — but that's not what scares him most. Gary Hufbauer of Washington's Peterson Institute said the tariffs could create 5,000 jobs in the U.S. steel industry, but kill 10,000 elsewhere in the economy.

Hufbauer said he fears the risk of a cascading series of reprisals that threaten the stability of the post-Second World War trading system, where any country can use any national-security excuse to impose tariffs.

''It's bad (for the economy). But on the global stability side it's much worse,'' Hufbauer said. ''What this means is it will be kind of a free-for-all.''

One organization born from the postwar order issued a rare public warning Friday: the World Trade Organization expressed concern about the prospect of escalation, and a damaging global trade war.

Hufbauer did offer one cheerful prediction.

He said he believes that, by necessity, Canada and Mexico will get exempted from tariffs. He suspects they will be forced to respect a quota, ensuring exports to the U.S. remain at current levels, so that the northern and southern neighbours don't become conduits for shipping excess supply into the U.S.

A pro-Canada chorus in the U.S. urges Trump against tariffs on neighbour

US Presidents (and other

US Presidents (and other politicians) have used "national security" as a reason for just about anything they want to do. Remember during the Viet Nam War that President Richard Nixon used national security as his reason when he didn't want to talk about the war and its impact? (Yeah, that happened.)
Trump is working hard to scrounge up a way of implementing his "American First" agenda. But his plan is very short-sighted and will end up causing the world a lot of unnecessary problems, including the US. It's yet another example of how Trump's ignorance will make things worse for Americans.

NEWS FLASH: BC citizens "baffled" at the federal government's use of "in the nation's best interest" as a justification of violating commitment to environmental protection by approving further pipelines to the Pacific.