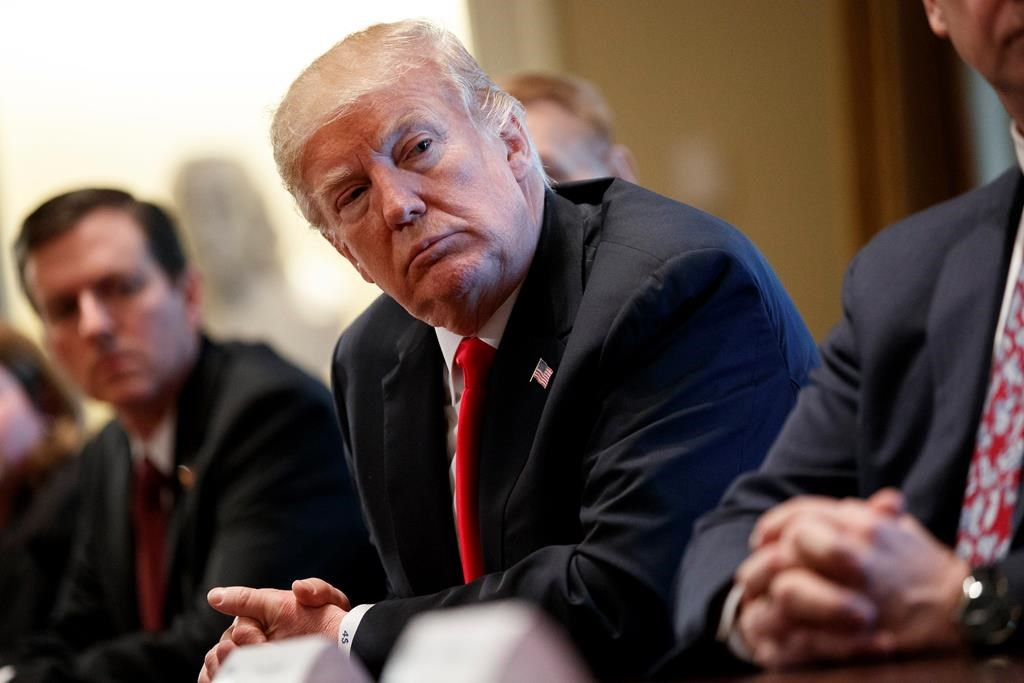 President Donald Trump listens during a meeting with steel and aluminum executives in the Cabinet Room of the White House, on Thursday, March 1, 2018, in Washington. File photo by The Associated Press/Evan Vucci
Previous story

President Donald Trump issued a pair of early-morning tweets that say American tariffs on imported steel and aluminum will only come off if there's a new NAFTA agreement that's fair to the United States.

The president also wrote that Canada must treat U.S. farmers better and Mexico must do more to stop drugs from getting into the United States.

The president has invoked national security as the reasons for imposing tariffs of 25 per cent and 10 per cent, respectively, on all imported steel and aluminum.

But the Trump administration is coming under political pressure at home to exclude Canada, which is the largest source of imported steel and aluminum to the United States.

His administration is in the midst of renegotiating the North American Free Trade Agreement, which covers trade between the United States, Canada and Mexico.

NAFTA: A summary of where talks stand