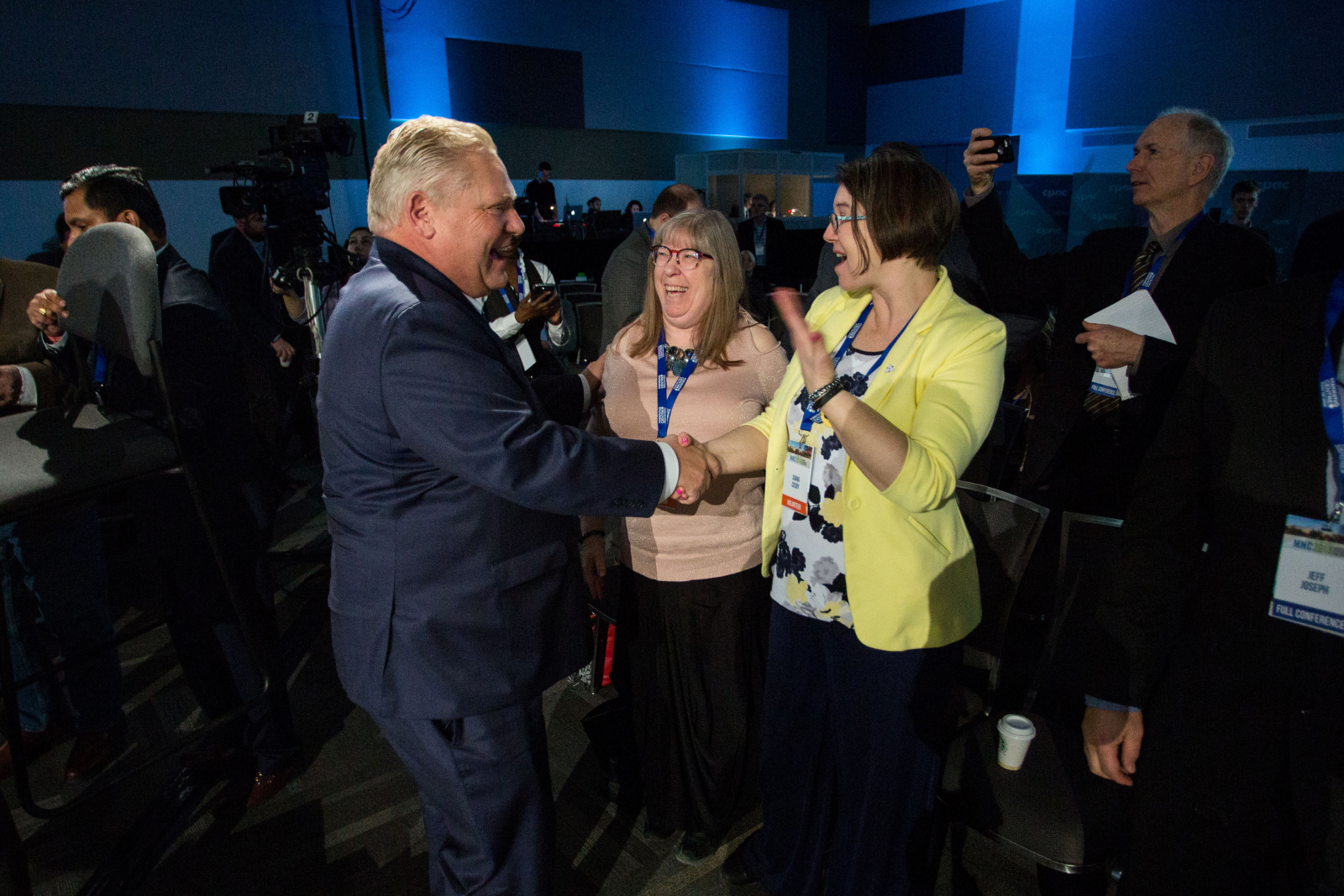 Doug Ford has been named the new leader of Ontario's Progressive Conservatives, winning a contest fraught with complications. Here are five things to know about the new Tory leader:

Ford entered the leadership race with a high degree of name recognition thanks mostly to his status as the brother of Rob Ford, the late scandal-plagued former mayor of Toronto. Doug Ford was often a highly visible and vocal backer of his younger brother's populist policies, and adopted similar ideas during his successful bid for the Ontario Tory leadership

Ford's political resume boasts a single term as a Toronto city councillor from 2010 to 2014. Much of that time was spent championing his brother's pledges to cut waste. He also came under fire during those years for crafting broad proposals without going through official channels.

Ford has frequently touted his business acumen developed during his time at Deco Labels and Tags, the family-owned business that made the Fords wealthy. Ford oversaw Deco's operations both before and after his time at city hall and orchestrated the company's expansion into the United States. He has frequently said his corporate successes qualify him to put Ontario on a sound financial footing.

Much of Ford's well-established brand was built around populist messaging akin to the sort that propelled Donald Trump to the U.S. presidency. Ford launched his leadership bid by declaring that the party had lost touch with grassroots members and been co-opted by elites, a situation he repeatedly vowed to change.

While he joined all other candidates in rejecting the idea of a carbon tax, he has made other proclamations geared toward the more socially conservative factions of the party membership. He has criticized the Liberal government's sex education curriculum, voiced his personal opposition to abortion and said he'd allow caucus members to vote with their conscience on policy matters.

If you want to win the hearts

If you want to win the hearts of right wing voters you have to make them feel superior for being male, being white, being Christian and being ignorant. So much in media life has made the opinionated colonials look evil because systemic power is harmful. It's the rhetorical fist bruising everything that is tender.

Recognizing that this is just

Recognizing that this is just a wire-service piece that was run in many different places, it would've been nice if there had been a few more context-providing facts included here as a value-add for subscribers. Details like how Rob's "pledges to cut waste" actually turned out, more specifics about Doug's "corporate successes" and how the company's expansion into the US went, what exactly is meant by "populist messaging" and "populist policies", and if "allow[ing] caucus members to vote with their conscience on policy matters" means he was actually promising to hold free-votes rather than whipped ones, in general or only on specific topics, etc etc. There's a lot to unpack here, and it would've been nice if the NO had done some of that unpacking for us.