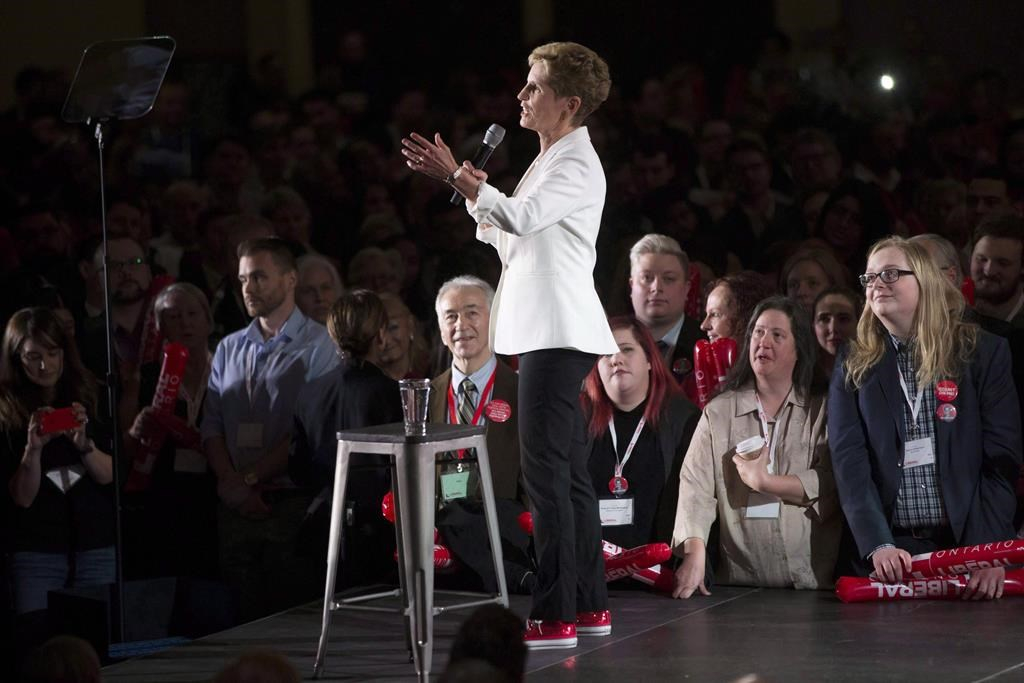 Ontario's premier says voters will have a "stark" choice between her Liberal party and the Progressive Conservatives led by Doug Ford in the province's spring election.

Kathleen Wynne says Ford being made leader of the official Opposition this weekend won't change how her party plans for the June vote, pitching herself as the candidate ready to invest in people.

Elliott issued a statement Sunday night saying that after a review of the vote she had concluded Ford won the race, noting that she will run for the Tories in the general election.

Ford has said he's focused on uniting the Tories and defeating Wynne.

Wynne noted that she and Ford were very different, and said her party will be focusing on policy in the weeks ahead.

"Mr. Ford and I disagree on a lot of things and there will be a stark choice in June," she said. "I think what we are putting forward as a platform is very, very different than what any of the Conservatives were putting forward, which is cutting and removing supports from people."

Wynne also downplayed suggestions her party, which has been trailing behind the Tories in the polls, will ratchet up attacks on Ford.

"There's going to be a lot of conversations about the politics that we're in. I get that," she said. "But honestly, what we need to focus on as a government ... I need to focus on what it is that people are saying to me in terms of what they need."