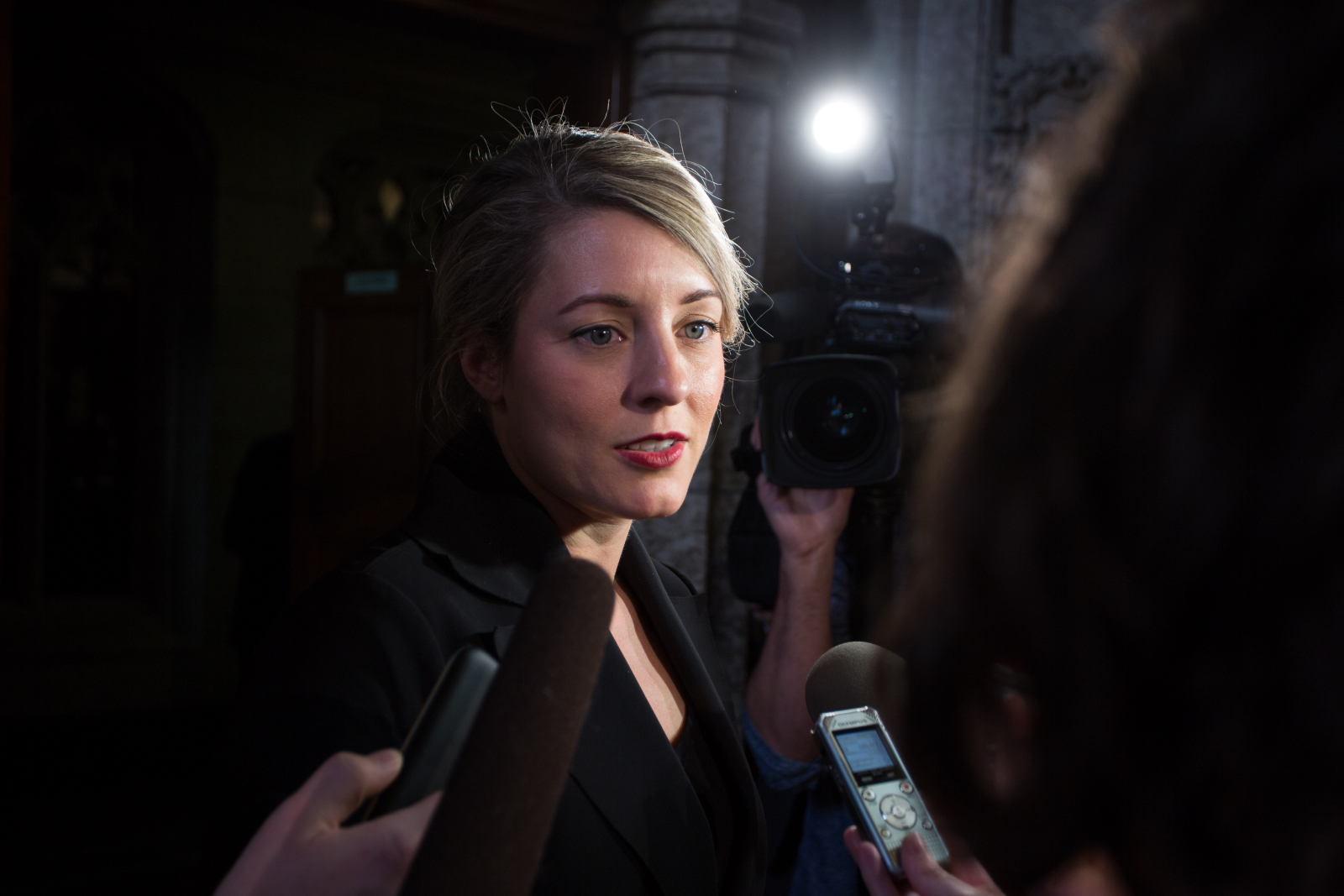 Canadian Heritage Minister Mélanie Joly is warning American internet giants to brace for new legislation that will crack down on threats to Canadian culture.

In comments from an interview published on Wednesday by Montreal daily newspaper Le Devoir, Joly said that new legislation could soon force companies such as Google, Apple, Facebook and Amazon (GAFA) to be more transparent about how their technology, specifically algorithms, is changing society.

"The fundamental problem is that (these companies) don't recognize their responsibilities," the minister was quoted as saying by the newspaper. "They don't recognize the magnitude of their power, due to their size, their reach and the impact that they have in sectors such as journalism and culture. There's a fundamental shift in culture that they have to do because it's (presently) very concerning."

She also noted in the interview that these companies get about 75 per cent of online revenues and that they don't share this with content creators. She said this situation wasn't fair.

"The GAFA (companies) don't recognize that they have a responsibility as publishers of content, as well as being producers," she added. "They describe themselves as neutral (broadcast) pipelines. This is a premise that I reject completely."

Responding to Joly's comments, Facebook said it wants to do more to support journalism in Canada.

“Supporting trusted, local journalism is very important to Facebook and we take this responsibility seriously," the company told National Observer in a statement. "We are working closely with publishers through the Facebook Journalism Project and investing in the Canadian news ecosystem with the Digital News Innovation Chalenge. We look forward to expanding our efforts this year.”

A Google spokesman also told the Toronto Star that it is working with publishers to help them engage wider audiences, build revenue streams and adopt new technologies.

The policy included a voluntary deal with Netflix, which agreed to invest $500 million over five years on Canadian production. But critics, particularly in Joly's home province of Quebec, said the proposal fell short by not requiring the company to follow the same rules as other Canadian producers and pay more taxes.

Joly granted the interview following a recent trip to Silicon Valley in California. She also made similar comments in a separate interview with the Toronto Star.

On the trip, Joly also said at an event at Stanford University last Thursday that the platforms used by Internet companies were threatening the access that Canadians have to local content that reflects and contributes to diversity and the country's social fabric, Le Devoir reported. She also said that algorithms on these platforms, software that determines what information people will see on their newsfeeds, was creating polarization in political debates that restricts access to Canadian cultural content.

“The questions we are looking at are how can we have more transparency around algorithms, which are the basis of having content pop up on your screen? What are the criteria taken into account when these algorithms are functioning?” Joly said in her interview with the Star.

The government is expected to unveil details of its plans to review legislation on Canadian broadcasting and telecommunications in the coming weeks, Le Devoir reported.

Prime Minister Justin Trudeau's cabinet also asked the Canadian Radio-television and Telecommunications Commission last September, as part of a larger federal review, to study future programming and distribution models. The CRTC said it would engage with Canadians as part of the research to get their views about the issue.

Joly's comments coincide with similar remarks made by French Finance Minister Bruno Le Maire. The French minister said in an interview with RTL radio that France would pursue Google and Apple in court for millions of dollars in fines for allegedly imposing "abusive" terms on smaller companies and developers that sell software on Google Play and Apple's App Store.

Editor's note: This article was updated at 11:50 a.m. on March 15 with new comments from Facebook and Google.

Finally! I have been arguing

Finally! I have been arguing this for years. Most people used to laugh in my face. In the last year many people started agreeing with me as they see the huge reach and influence of GAFA in their lives. Working in business analytics I realized years ago that these companies understand what will make us buy things better than we do. The current situation gives them tremendous control over what information we see. Huge potential for abuse for profit.

Good, now let's look at what

Good, now let's look at what the Europeans are doing with GDPR (General Data Protection Regulation). Here is a link to learn more about this: https://www.comparex-group.com/web/com/about/press/2017/gdpr-in-a-nutshe...

Oh I believe those entities

Oh I believe those entities are fully aware of the power that wield. I can not look at anything on line but I am getting bombarded with pop up ads advertising other competitors selling the same product. No matter how often I click I'm not interested or already purchased a few days later the same ads pop back up again. There needs to be more truth in advertising for companies advertising on line. Some of the truly egregious examples of the exploitation f buyers and celebrities is the so called Skin Care industry. If this was done on in newspapers Radio or TV in Canada they would be subject to the Canadian standards in advertising laws. Truth in advertising should extend to the cyber industries as well with STIFF penalties for abusers. Congratulations Mme.Joly for dealing with this.

Claiming that tech giants worth hundreds of billions of dollars are "unaware" of ANY of the impacts their code has is absolutely ludicrous. They have entire departments analyzing what happens with every tweak they do. When the programs and apps are designed to track our every move online, hoover up every keystroke and harvest every shred of personal data to sell on - without the user's permission or even knowledge - along with tracking user's locations regardless of whether the device is set to Do Not Track (again without knowledge or consent), and it is all engineered to be as addictive as possible, there can be no argument that it is all just a big coincidence. Why do Europeans have the right to be forgotten by these companies and we do not? It is ridiculous that she speaks of losing Canadian culture when her own government is not only doing their damnedest to erase Canadian culture entirely (JT calls us a "post culture" country), they facilitate their tax-dodging and hinky corporate structures/accounting processes.

This is ironic given the news that provinces are suing for almost 30 million over royalties paid to authors and creators for copies made to work for teaching students in schools. They paid under $5 per student, which meant about $600 per author per year for their work, but after winning a court case they want to cut it almost in half and get a refund on prior years. This seems to be the polar opposite of supporting authors and creators, or paying them reasonable compensation for their work.

Once again it's say one thing repeatedly, while doing the exact opposite from government.

Excellent. You can't come up

Excellent. You can't come up with a reasonable balance of corporations vs individuals without engaging. They've been siphoning us dry for too long.