In steel country, rumblings of a political earthquake: Dems poised to win again 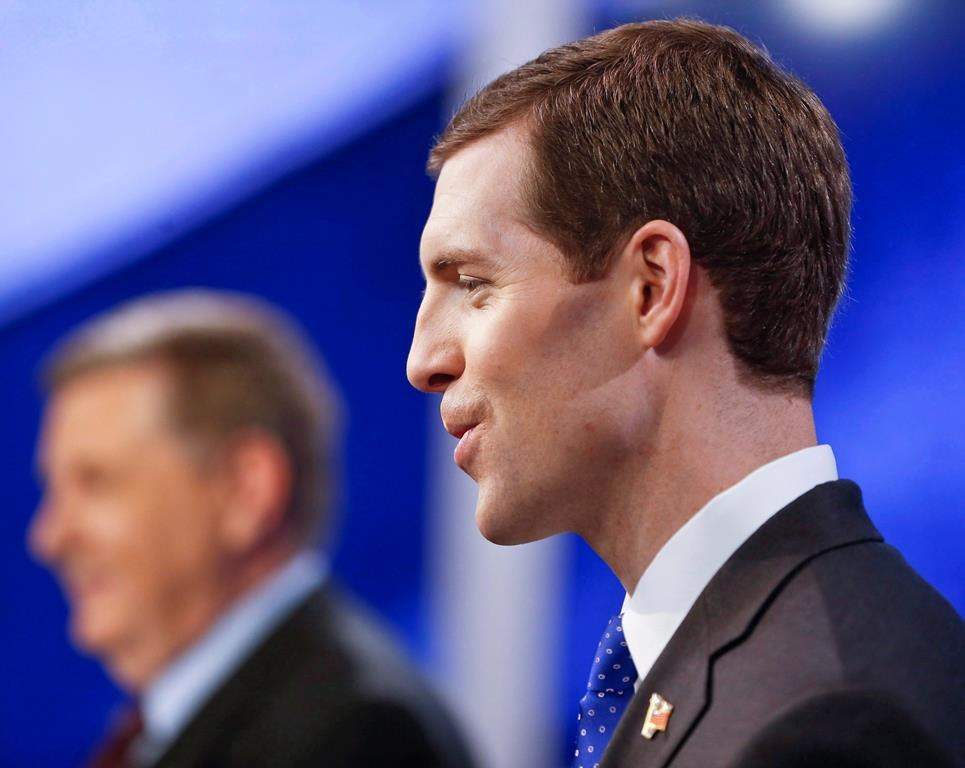 Connor Lamb and Rick Saccone speak before the taping of their first debate in the special election in the Pennsylvania 18th Congressional District at the KDKA TV studios in Pittsburgh, on Feb. 19, 2018. File photo by the Associated Press/Keith Srakocic
Previous story

Deep in the heart of rust-belt Trump country, in a congressional district where Democrats didn't even bother running a candidate in recent elections, and were clobbered by 28 percentage points the last time they tried competing, you could hear the rumblings of a potential political earthquake.

Democrats appear likely to have won a squeaker in a special election outside Pittsburgh, with votes still being counted overnight. This despite President Donald Trump promoting tariffs on steel and aluminum, and campaigning, and having his son campaign, in a district he dominated.

The dramatic shift in Pennsylvania's 18th district is only the latest in a series of performances stirring Democrats' hopes that a November midterm rout might help them regain control in Congress.

Before the results were known, a Democratic strategist said even a close race would be stunning.

"If it's close or (we win) it's a shocker," Joe Trippi said in an interview Tuesday evening.

Trippi knows something about election shockers. He organized the Democrats' successful Senate campaign in Alabama last year. He believes Democrats can regain the House of Representatives this fall with a seven- or eight-point swing from 2016 results.

Democrats have been doing far better than that in recent races. The progressive website Daily Kos estimates that a whopping 119 seats currently held by the Republicans tilt farther left than the one up for grabs in Pennsylvania on Tuesday.

It would only take two-dozen for Democrats to reclaim the House; that would allow them to block Republican bills, gain control of congressional committees, and hold public hearings to investigate the Trump administration.

That's why Trippi was merely looking for a close result in Pennsylvania on Tuesday. But it appeared that a 33-year-old former Marine, Connor Lamb, might do better than that for the Democrats: with almost all the ballots counted, he held a wafer-thin lead and declared himself the winner.

Republicans spun the result as a fluke.

After all, the seat was vacated by a Republican embroiled in controversy. Anti-abortion lawmaker Tim Murphy, who had piled up lopsided election wins or run unopposed over the past decade, recently resigned amid news he had encouraged a lover to have an abortion.

Republicans also noted that Lamb ran as an extremely centrist Democrat; he avoided criticizing Trump, and his platform stuck to bread-and-butter issues like infrastructure, job training and health care.

"Lamb ran as a Republican," Fox News host Brett Baier said as the results came in.

That being said, the Fox host added later in the broadcast: "You can't sugar-coat it any other way... This is an alarm bell (for Republicans)."

Trippi says it's natural for Democrats to run as centrists in difficult districts.

It's the way his candidate Doug Jones ran successfully in Alabama's Senate race — sticking to the issues, being civil with Republicans, vowing to work across the aisle. As long as elections are bitterly partisan, Trippi says, voters will revert to their natural political tribes; and in places where Republicans outnumber their rivals, he says, that means they wind up with the most votes.

The key is to de-tribalize such races, Trippi says.

"If everyone moves toward their own tribe then in a place like Alabama — where there's more Republicans than Democrats — you can't win," he said.

"Trump is excellent, incredible, the best, at driving people toward their tribe. Either into the Republican tribe or the Democratic tribe. Whatever hot button he's pushing, he drives people into their corners. That works for them in a place that he won by 20 points... Attacking Trump relentlessly — it may make your supporters feel better. It may even energize them. But it doesn't help you reach across...

"That's why I think the big success of Doug Jones was his capacity to find honour in compromise, and to speak about it openly. I think that really appealed (to people)."

He said Lamb took that approach. On Tuesday, it appeared to have potentially paid off. Shortly after midnight, Lamb was leading by a fraction of a percentage point, in a place Democrats haven't won in eight elections, and he delivered a victory speech.