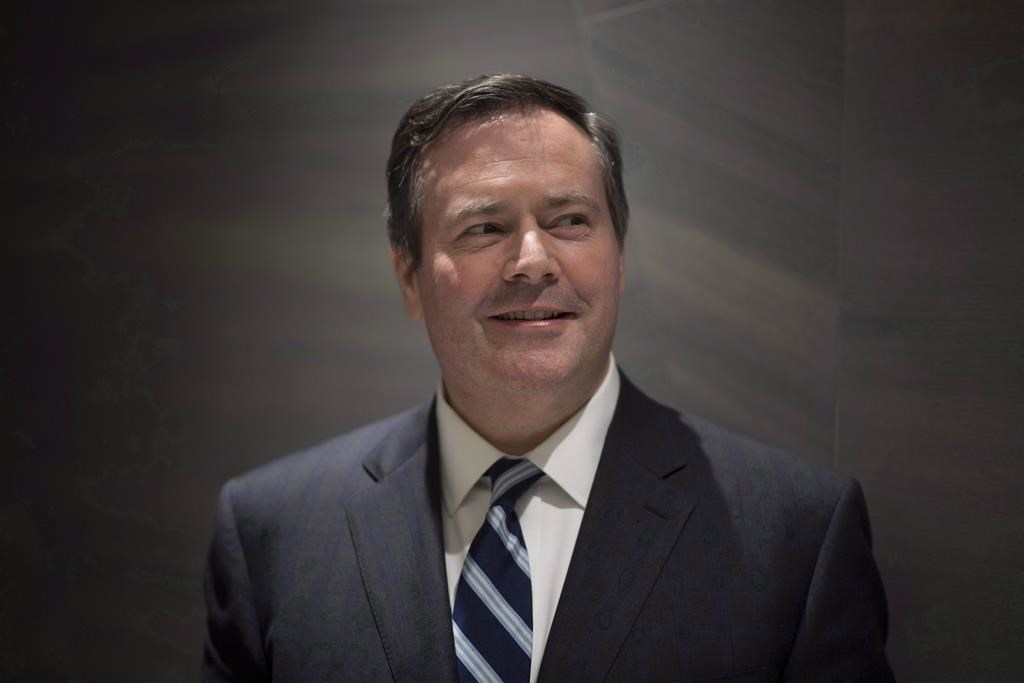 Alberta's Opposition United Conservatives say there should be no more carbon tax increase without the consent of voters.

Party leader Jason Kenney introduced a private member’s bill Thursday that would ban any future hikes on the existing tax or on reinstating such a levy in the future without a referendum.

"Albertans should get the final say before the government digs deeper into their pockets," Kenney said after introducing the bill, which would need the support of Premier Rachel Notley's government to become law.

Kenney has called the carbon tax an unfair burden on Alberta residents, with little benefit to reaching greenhouse gas emission targets or to getting oil pipelines built.

He has promised to kill the tax if he becomes premier in the 2019 election.

The levy was imposed by Notley in 2017 on heating and gasoline to fund green projects ranging from solar panels to multibillion-dollar transit projects and programs to phase out coal-fired electricity.

The province is taking in about $1 billion this fiscal year from the levy but is returning some of that through rebates to middle and low-income families.

"It (the tax and climate plan) is probably our best tool to keep the federal government's nose to the grindstone when it comes to seeing through the decision to build the Trans Mountain pipeline, and Mr. Kenney would strike it from our hands," said Mason.

Alberta is losing millions of dollars a day because its heavy oil is discounted due to pipeline bottlenecks and lack of access to customers in overseas markets.

The Trans Mountain line would triple the crude going west from Alberta, but the project is opposed by the B.C. government and has been tied up in permit delays, court challenges and political roadblocks.

Notley banned wine from B.C. for two weeks in February in protest. Last week she announced she will get legislation passed giving her the option to cut oil exports to B.C. and grant power to take punitive action on natural gas shipments that travel from B.C. through Alberta to the U.S.

She has also urged Trudeau’s government to step up in the fight, given that inter-provincial pipelines are federal responsibility.

Notley reiterated Thursday that her government has tied its compliance with Trudeau's federal climate plan, and the looming federal tax on carbon, to the success of the Trans Mountain line.

"The issue … around additional levies is definitely linked to the pipeline, and our government — as I’ve said before — will not move forward until we get the pipeline."

The federal climate plan would tax greenhouse gas emissions starting at $10 per tonne this year, rising $10 a year to $50 a tonne in 2022.

Alberta taxes GHGs at $30 a tonne, and Kenney has been pushing Notley on whether she will challenge Ottawa if it tries to impose a tax above the province's current rate.

The goal of the carbon tax is

The goal of the carbon tax is not, or should not be, to gain "social licence" for pipelines, but to reduce consumption of fossil fuels. If Mr. Kenney and the conservative right wing are so concerned about consulting voters, why did the previous conservative government not consult Albertans before allowing multi-stage, high pressure fracking to start in Alberta? Surveys have shown that Albertans never wanted this proliferating plague on our air, water and soil. Both UCP and NDP are afraid to ask this question.

Re: “Alberta is losing

Re: “Alberta is losing millions of dollars a day because its heavy oil is discounted due to pipeline bottlenecks and lack of access to customers in overseas markets.”

Not true, because: (a) The heavy oil is discounted because it costs more to process it.
(b) There is lots of unused access to overseas markets. The Kinder Morgan marine terminal in Burnaby has a capacity of about 100 tankers a year. It is currently loading about 15 tankers per year. They all go to the USA. None, zero, go overseas.