$1.6B contract one of three awarded for Site C dam in northeastern B.C. 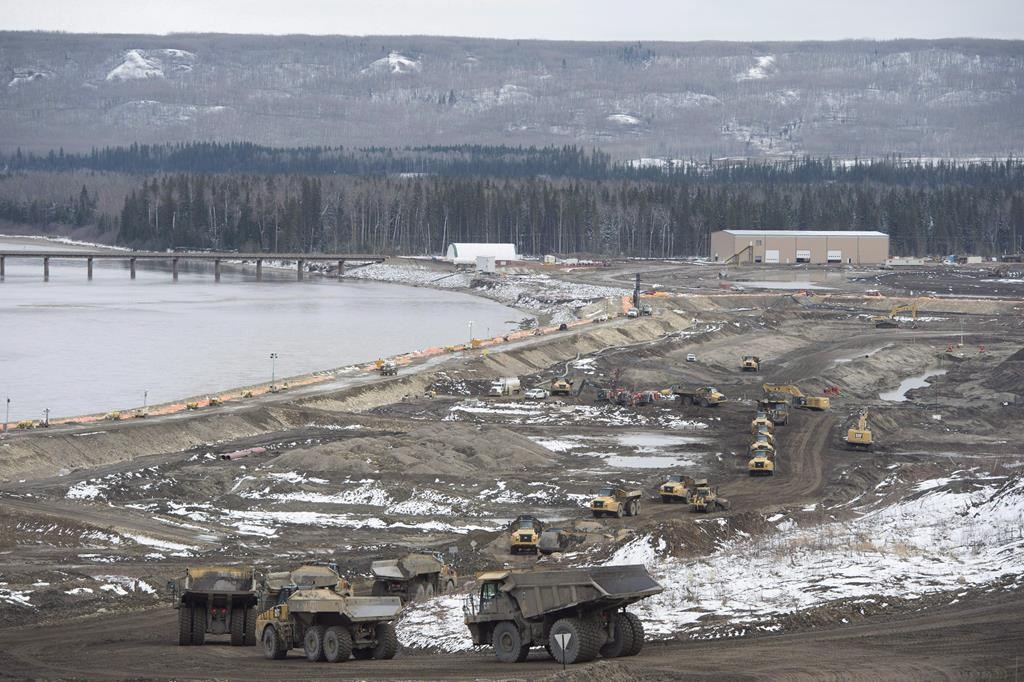 A $1.6 billion contract has been awarded for construction of the Site C hydroelectric dam in northeastern British Columbia, just three months after the province's NDP government reluctantly allowed the megaproject to continue.

BC Hydro says the contract has been awarded to Aecon-Flatiron-Dragados-EBC Partnership to build the dam's generating station and spillways, with work beginning this spring.

The Crown corporation overseeing the development near Fort St. John says the contract for the powerhouse, penstocks, spillways and power intakes involves pouring the equivalent of 280 Olympic-sized swimming pools of concrete, as well as installation of enough rebar to build nearly five Eiffel towers.

The utility says the two spillways alone are 17-storeys high and five highway-lanes wide, making the contract the project's second-largest, just under the $1.75 billion contract inked in 2015 with Peace River Hydro Partners for the dam's foundation and other civil works.

Two separate contracts, worth a total of $56 million, have gone to a Nanaimo-based company for construction of the Site C substation and to a Quebec-based firm that will supply the bridge and gantry cranes for the generating station and spillways powerhouse.

Hydro says in a news release that the partnership awarded the $1.6 billion contract expects to hire as many as 1,600 workers by the peak of construction in 2021 and has agreed to give priority to Indigenous applicants and those from northeastern B.C.

Premier John Horgan's government announced in December that it had no alternative but to complete Site C rather than absorb the $4 billion cost of scrapping it.

At the time, Agriculture Minister Lana Popham said in a Facebook post that the approval was the most difficult decision of her career and she was "grieving the loss of agricultural land in the flood zone of Site C."

The dam, the third across the Peace River, will flood an 83-kilometre stretch of valley west of Fort St. John.

It was originally estimated to cost $8.3 billion, but Friday's contract announcement from Hydro projects a revised budget of $10.7 billion.

When complete, BC Hydro estimates Site C will provide enough power to heat and light as many as 450,000 homes a year.

No plans to add conditions to Site C approval: Heyman