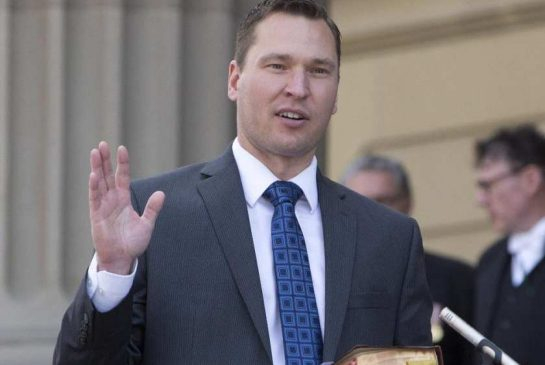 In its recently introduced Growth and Diversification Act, Alberta's NDP government proposes a tax credit that would cover 25 per cent of eligible companies' salaries, wages and bonuses paid to employees, plus a five per cent refund for underrepresented workers including women, Indigenous peoples and people with disabilities.

"They employ more than 500 full-time employees and contribute roughly $80 million to Alberta’s GDP. Not only do we want to see this trend continue, we want everyone, from the smallest studios to the biggest names in the industry to call Alberta home. An (interactive digital media) tax credit in Alberta will help level the playing field, supporting job creation, ensuring talent retention and fostering a more diversified economy, while encouraging the growth of the ... industry and other related creative industries right here in Alberta."

Other provinces, like British Columbia, Ontario and Quebec, offer similar tax credits, though Bilous said Alberta would be alone in offering "a top-up on diversity."​

During Thursday's press conference, Trent Oster, the CEO of Edmonton video game company Beamdog, described the diversity element as bringing new perspectives to stories. "I think (having) diverse voices really allows you to build games that aren't for a monoculture."

The tax credit is not exclusively for the gaming sector; another industry stakeholder present at Thursday's announcement was Kevin Barrett, the executive director of Serious Labs, which uses virtual reality for training.

Jessica Lucenko, the director of communications for Alberta Economic Development and Trade, told National Observer in an e-mail that eligibility for the tax credit will be similar to that in other provinces.

Asked if the program would be extended to news media, on the heels of the federal government's February announcement it would budget $50 million for local journalism over the next five years, Lucenko said, "This tax credit program is specifically for the (interactive digital media) sector and Alberta is not currently exploring a program for traditional media like the (federal government has) proposed.

The new tax credit follows two pilot grant projects launched in Alberta in 2017: a $1.5 million interactive digital media grant and a $1.5 million post-production, digital animation and visual effects grant. Both were geared primarily toward boosting jobs in Alberta's growing video game sector, and fall under the Alberta Media Fund, which supports people and organizations in "the cultural industries, which include screen-based media production, book and magazine publishing and sound recordings."

Trudeau talks tech at top studio in B.C. after meeting with Washington governor