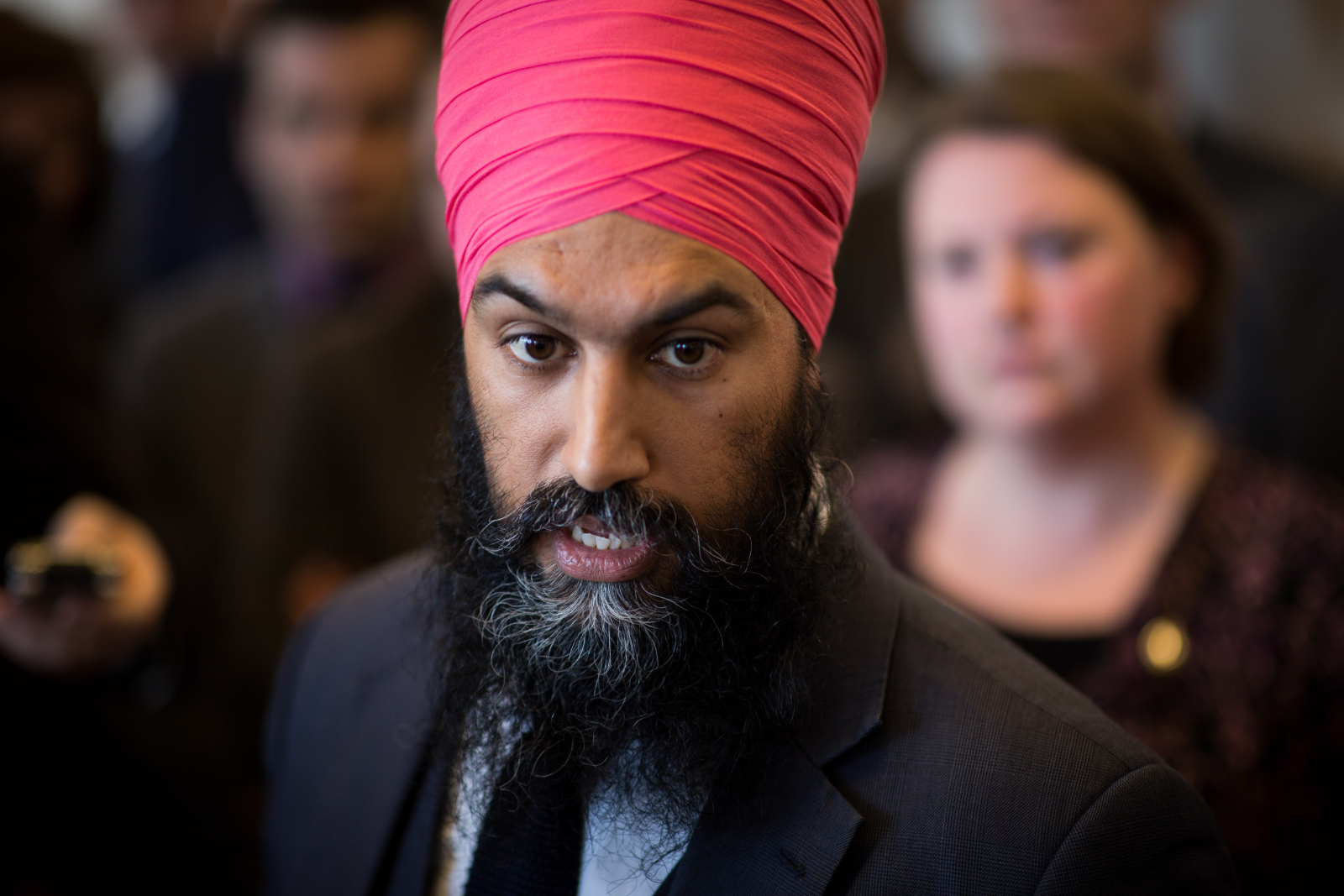 NDP Leader Jagmeet Singh says he will no longer attend events where people advocate violence — as long as he's made aware of their beliefs beforehand.

"I absolutely draw a distinction between political violence and someone advocating for independence or self-determination," he told reporters after an NDP caucus.

"That's up to people to advocate for. There's clearly a right to to that. (But) if an event promotes violence, I do not accept that. I do not accept violence. Political violence is not something that is acceptable.

Singh has recently had to defend his appearances at various events which promoted the idea of Sikh independence, including one in which he is seen sitting quietly beside a Sikh leader in England who says his vision of Sikhism endorses "violence as a legitimate source of resistance and survival.''

Last week, Singh issued a blanket condemnation of terrorist acts following media reports about his attendance at a California rally three years ago that sang the praises of Sikh separatism and a violent religious leader killed during the 1984 invasion of India's Golden Temple.

A source said around 20 NDP MPs — about one-half of the party's caucus — had asked him to state unequivocally he would no longer take part in events alongside Sikh separatists who promote violence.

Can you please do equal

Can you please do equal coverage of Andrew Sheers' relationships with right wing extremists?