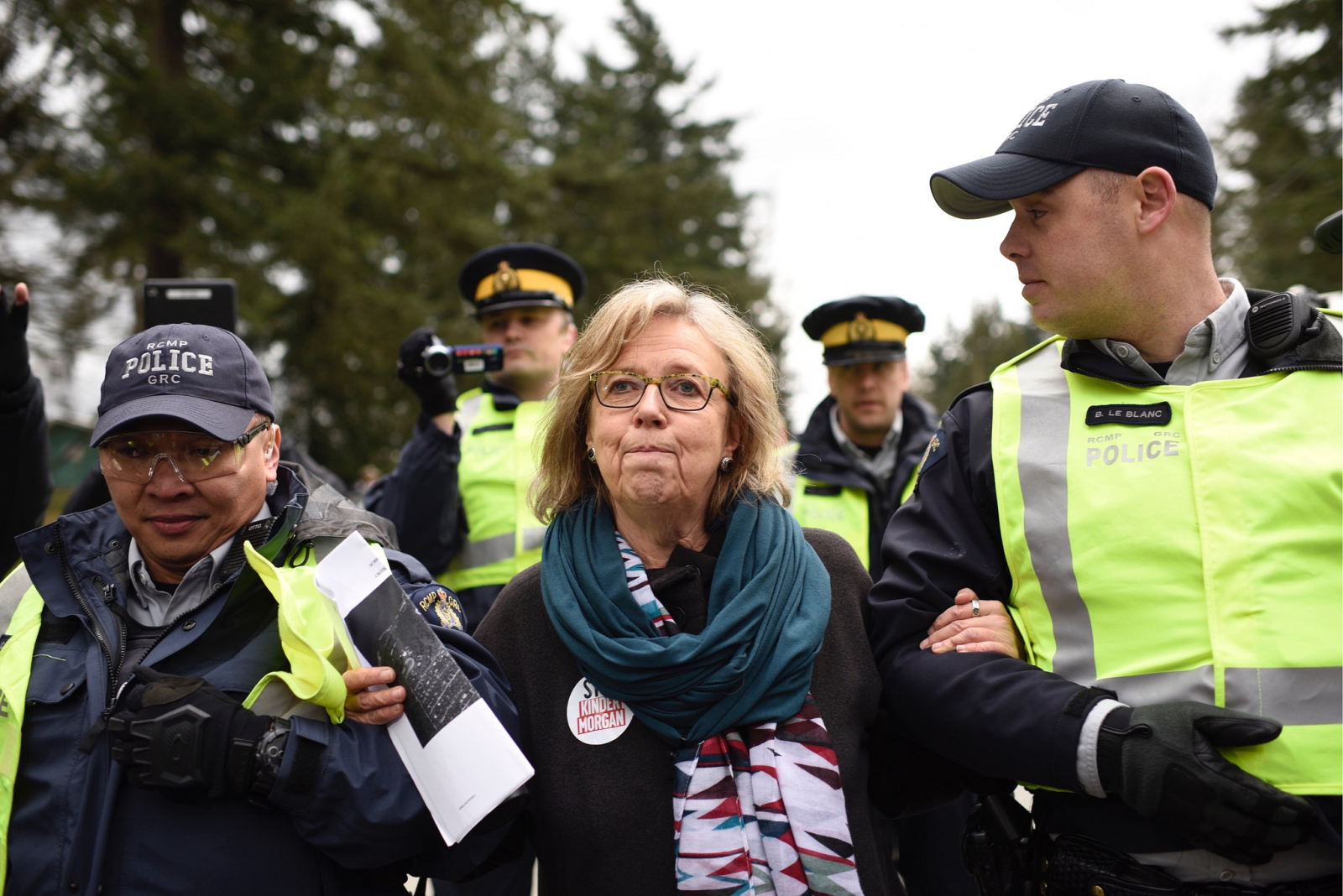 Elizabeth May is arrested by Burnaby RCMP Mar. 23, 2018. Photo by Protect the Inlet
Previous story

Elizabeth May, leader of the Green Party of Canada, described Kinder Morgan's Trans Mountain pipeline expansion as "acts of vandalism" against First Nations land on Friday.

May, the Member of Parliament for Saanich—Gulf Islands was arrested blockading the Texas-based company's pipeline terminal in Burnaby B.C. alongside NDP MP Kennedy Stewart who represents the riding of Burnaby South.

“I will continue to stand in solidarity with the First Nations on whose land these acts of vandalism are now being committed. Non-violent civil disobedience is the moral obligation of the climate-aware, responsible citizen,” said May.

The Green Party leader went on to characterize the Kinder Morgan project as the “disastrous, climate-destroying Trans Mountain pipeline expansion.”

“I await the court ruling on the legitimacy of the permit issued to Kinder Morgan. Unfortunately, the federal government and the Texas corporation are not awaiting the ruling of the Federal Court. Kinder Morgan is committed to acts constituting irreparable harm — to the environment and to Indigenous rights."

Kinder Morgan Trans Mountain has not replied to requests for comment but has told National Observer in the past that: "We support the right to peacefully and lawfully express opinions and views about our project, and we understand that not everyone supports the expansion. But, we're confident we can build and operate this project in a way that respects the values and priorities of Canadians and in respect of the environment."

May was arrested for violating a court injunction requiring people to stay five metres from Kinder Morgan's operations. She was released after signing a promise to appear in court.

Thank you, Elizabeth. Every

Thank you, Elizabeth. Every little bit adds up together.