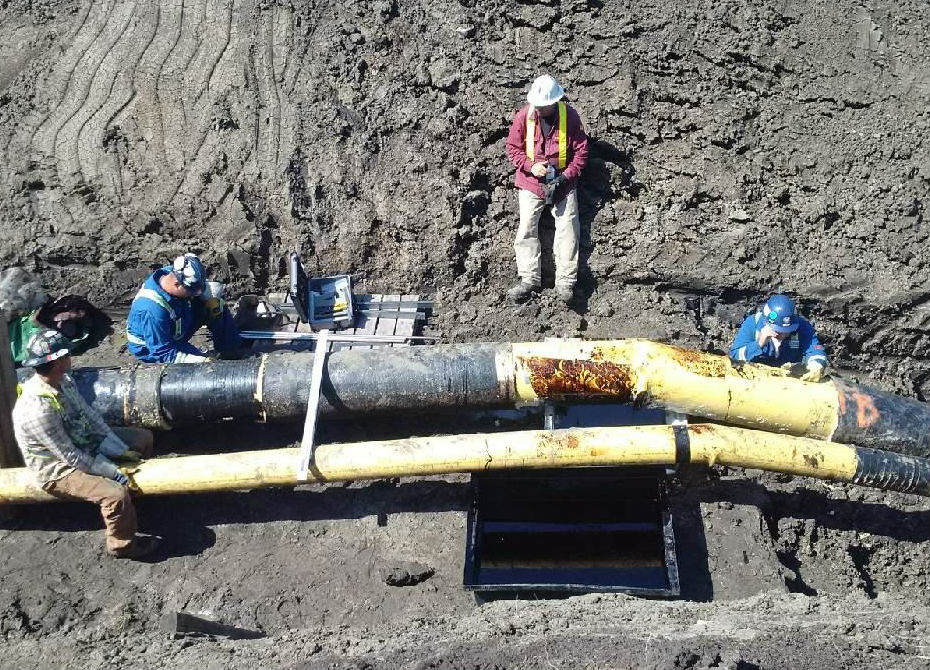 Crews investigate the cause of a devastating Husky pipeline spill near Maidstone, Sask. on Aug. 30, 2016. Photo courtesy of Chief Wayne Semaganis
Previous story
Next story

Officials from Husky Energy Inc. will appear in a Saskatchewan court on Thursday to answer to 10 charges laid by the federal and provincial governments over a pipeline leak that fouled the North Saskatchewan River in July 2016.

The provincial charge carries a maximum $1-million fine. Anyone found guilty of the alleged federal offences could face a fine of up to $2 million and up to three years in prison.

"Our government is committed to protecting the health and safety of Canadians," Environment and Climate Change Canada said in a statement released on Tuesday. "We enforce laws that protect Canada's air, water, and natural environment. Our government takes this responsibility very seriously."

The Saskatchewan government said on Monday that Calgary-based Husky was to appear in Lloydminster, Sask., provincial court on Thursday to face one charge under the provincial law of unlawfully permitting the discharge of a substance that caused an adverse environmental effect.

The charges result from the spill of 225,000 litres of diluted heavy oil from a Husky pipeline near Maidstone in west central Saskatchewan.

About 40 per cent of the leaked crude made it into the waterway, forcing communities downstream to shut off a main source of drinking water for almost two months.

Husky was permitted to restart the pipeline in October after repairs to the line were tested and inspected. The company said the pipeline buckled and leaked because of ground movement.

Editor's note: This article was updated at 10:01 a.m. ET on March 27 with new information released by Environment and Climate Change Canada.

Inside the oil spill that followed Trudeau to China

ECCC is making Husky the

ECCC is making Husky the poster child for pipeline company wrongdoings.
Too little, too late, with no teeth.

After a lengthy period of Husky's appeals, most, if not all of the charges will be dismissed.
Husky will get a slap on the wrist, possibly a small fine, and it will be business/leaks as usual.

We can't believe, "Our government is committed to protecting the health and safety of Canadians," Environment and Climate Change Canada said in a statement released on Tuesday. "We enforce laws that protect Canada's air, water, and natural environment. Our government takes this responsibility very seriously."