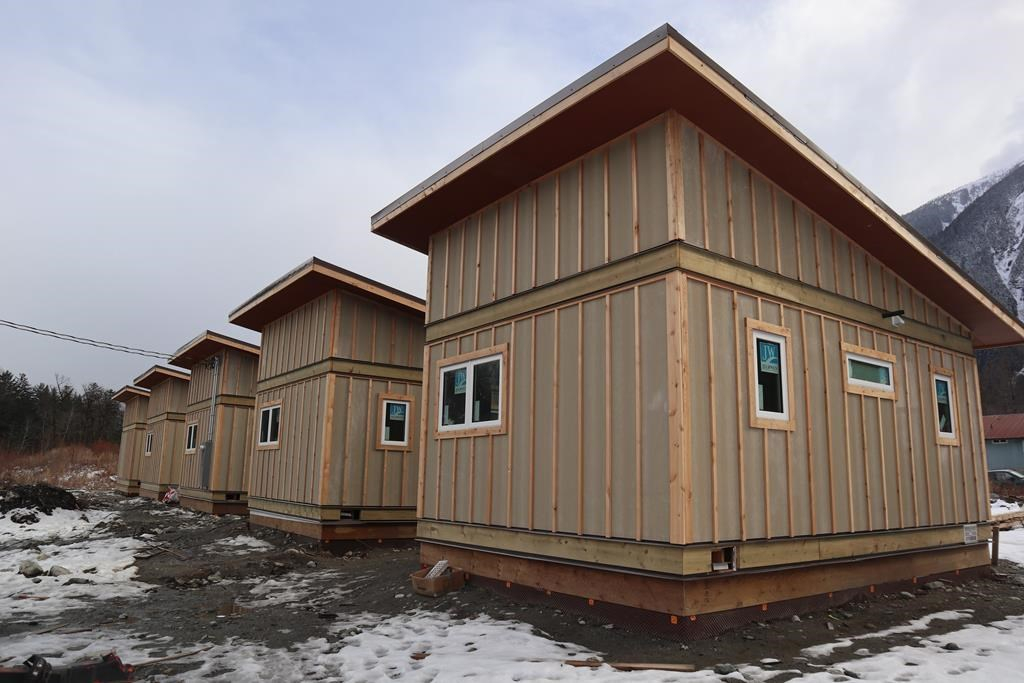 Members of a small B.C. First Nation have been working to build a tiny solution to homelessness in their community.

In about a month's time, a cluster of tiny homes in the Nuxalk First Nation in Bella Coola will open its doors to four single men who are homeless or at risk of homelessness.

Jalissa Moody, asset management assistant for the First Nation, said she came up with the idea while going through housing applications from band members.

Moody said she noticed that many applicants are single men, but that there are few resources available to them in the community, which has a transition house for women and prioritizes housing for families with children.

"I could see there was a wide range of applicants in our community, anywhere from single people to families of eight who needed housing. And the houses that we have were geared toward families," Moody said.

It makes sense to put children first, she said. But that meant some applicants' needs weren't being met — especially those of single men.

"They'd be at the bottom of the list for being selected," Moody said.

Between 20 and 25 men in the community are homeless or at risk of homelessness. They aren't all living on the street, but they don't have a place of their own and many spend their nights couchsurfing or staying with family or friends.

The band council approved Moody's proposal to build tiny homes in 2016, and two years later, the project is coming to fruition.

The four tiny homes are located near the town centre, and a fifth one acts as a shared laundry and utility room.

"Through the front window you can see toward the river and from the bedroom you can look up to the mountains," Moody said.

"It gives the tenants a sense of their own house: it may be small, but it's theirs."

Each tiny home costs the band about $50,000 to build and the tenants will pay affordable rents for the space, Moody said.

Candidates for the homes will be selected through the band's wellness department.

"I just think that everybody deserves housing. It's pretty much a basic human right," Moody said.

"I grew up here, this is my home, these are my people... We're a tight-knit community and I just wanted to make sure that our housing is inclusive of all of our membership."