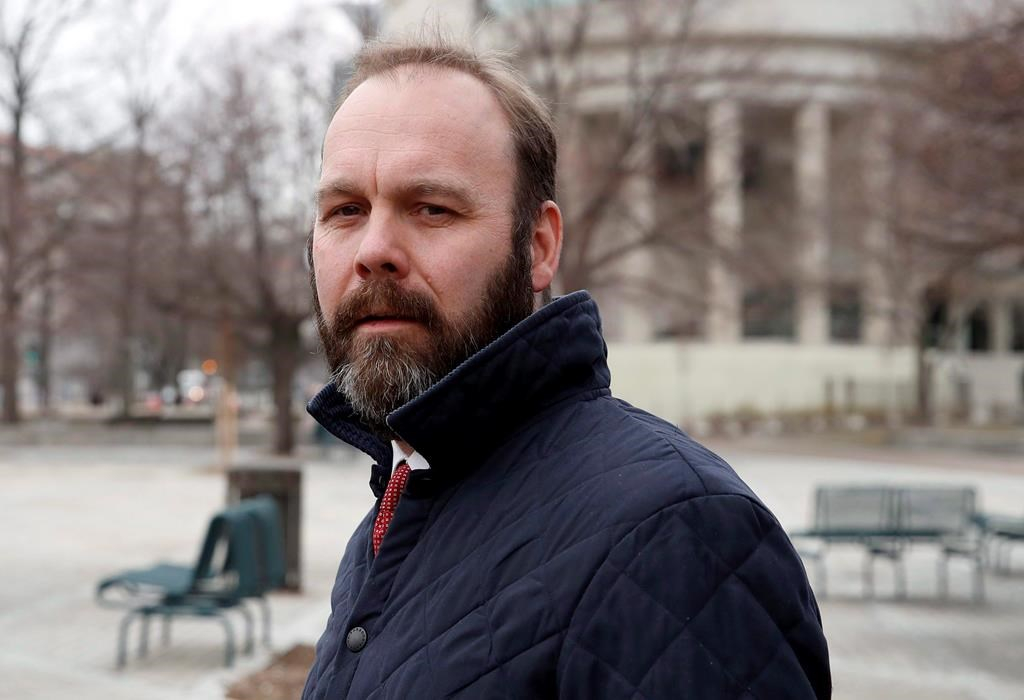 U.S. President Donald Trump has tweeted no fewer than 17 times that his campaign did not collude with Russians, usually making that point with an exclamation mark for emphasis, and often in all caps: "NO COLLUSION!"

The evidence is less categorical.

There are at least a half-dozen examples to date of people involved in the Trump campaign who either sought dirt gathered by Russian intelligence on Hillary Clinton, or who had other ties to Russians.

The latest came last week in a court filing that stated Trump's deputy campaign manager knew he was communicating during the campaign with a former officer of Russia's military intelligence service.

That unnamed Russian still had intelligence ties as he communicated with Trump aide Rick Gates through the fall of 2016, according to the Mueller investigation court filing: "Person A has ties to a Russian intelligence service and had such ties in 2016."

It's worth noting that collusion is not, on its own, illegal. It might be if you're talking about price-fixing, but, in this political context, it's a generic catch-all term that doesn't appear in U.S. election law.

The word could also be used, however, to describe some actual crimes: taking an election donation from a foreign national in money or in something of value; soliciting a foreign contribution; computer-hacking; conspiracy to assist a criminal act; perjury; unregistered work as a foreign agent; or lying about foreign contacts on a security clearance form.

That's the pertinent issue now, says a Trump critic and former ethics lawyer for George W. Bush, because we're past the point of asking whether so-called collusion happened.

"We know there was collusion," Richard Painter told a CNN panel last week.

"The critical question for Robert Mueller at the end of the day is whether there was illegal collusion — whether it was criminal, whether it violated campaign-finance laws or ... (involved) computer hacking," said Painter.

"We're going to have people going to the slammer over this. The question is who, and how high up ... but the notion there's no collusion is just ridiculous."

Here are the available details so far:

—Donald Trump Jr. met with a Russian lawyer on the promise of dirt from the Russian government. Trump Jr. contact Rob Goldstone set up the Trump Tower meeting, saying there was "sensitive information (that) is part of Russia and its government's support for Mr. Trump."

Trump Jr. jumped on the offer. He even opined on when best to release it: "If it's what you say I love it especially later in the summer," he emailed back. After the meeting was reported by The New York Times, Trump Jr. released these emails, and said nothing came of the encounter.

—Trump Jr. acknowledges communicating with Wikileaks. Released messages show Trump Jr. agreeing to promote a Wikileaks story. He tweeted numerous times about Wikileaks during the campaign, with messages like, "BREAKING: WikiLeaks Drops 'October Surprise' - Hillary DESTROYS Blacks And Muslims." A Russian information campaign specifically targeted black and Muslim voters, urging them not to vote, according to a recent charge sheet filed by the Mueller probe.

But Trump Jr.'s text messages help him on another front. One text suggests he lacked advance knowledge of the release of hacked emails by Wikileaks. Trump Jr. asked Wikileaks: "What's behind this Wednesday leak I keep reading about?"

—A twice-convicted criminal who was the president's real-estate partner, Russian-born Felix Sater, wrote in 2015 emails to Trump's lawyer that he would get Vladimir Putin to help elect their friend: "Our boy can become president of the USA and we can engineer it," and, "I will get Putin on this program and we will get Donald elected."

Sater acknowledges sending the emails. But he says he doesn't know Putin, was simply over-enthusiastic about having a friend run for president, and really wanted to work the Russians for a Trump Tower licence in Moscow.

His emails support some of his explanation: reports say Sater contacted the Russian government through a general email address for press inquiries, suggesting a lack of high-level connections.

—The Wall Street Journal reported that a Republican operative, Peter Smith, declared in interviews that he tried obtaining emails believed stolen from Hillary Clinton's server by Russian hackers, and suggested he was working with Michael Flynn, the ex-Trump aide now co-operating with the FBI.

Smith killed himself a few days after speaking with the Journal. He had reportedly been ill. A computer-security expert corroborated Smith's account to the Journal, saying they had discussed it.

Another cybersecurity expert, Matt Tait, has also written a blog post saying he was contacted by Smith. He said Smith sounded deeply knowledgeable of the inner workings of the Trump campaign. He said he was disturbed by Smith's attitude toward hacking.

—George Papadopoulos is where the whole FBI probe allegedly started. The Trump foreign policy adviser has pleaded guilty to lying to police in an attempt to conceal his efforts to obtain Russian government dirt on Clinton.

His emails chronicling those efforts are carried in court filings, including one where he describes plans to meet someone he inaccurately refers to as Putin's niece. But it was another exchange that launched the FBI probe in the summer of 2016: an Australian diplomat tipped off the U.S. that Papadopoulos had told him in a bar conversation that the Russians had Clinton's emails.

Does all of this matter?

Perhaps not to Trump's supporters. A new survey by Public Policy Polling said the president's approval rating was 39 per cent. It then asked whether Trump should remain president, even if conclusive proof emerges that his team worked with Russia to win the election.

The percentage saying he should remain in office? Thirty-nine per cent.