Scott Pruitt buffeted by growing pressure to resign from EPA 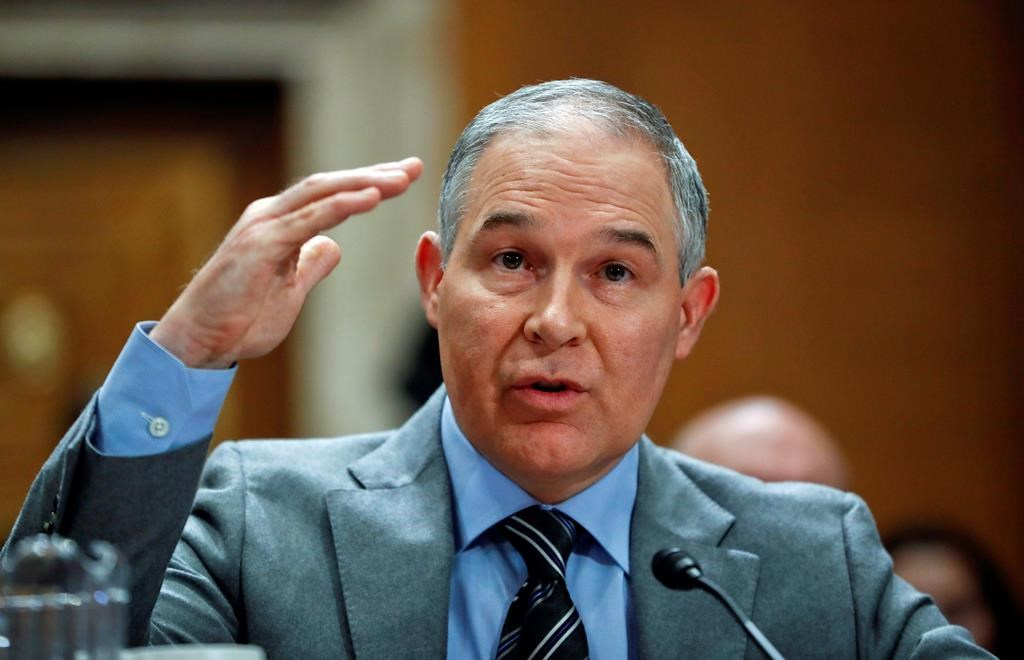 This article was originally published by HuffPost on April 2, 2018. It was republished as part of Climate Desk, a journalistic collaboration dedicated to exploring the impact — human, environmental, economic and political— of a changing climate.

A coalition of environmental groups last Wednesday launched a website called BootPruitt.com and offered a series of op-eds lambasting him as part of the first coordinated campaign to oust the administrator. On Thursday, Rep. Don Beyer (D-Va.) called for Pruitt to resign.

“I don’t know how you survive this one, and if he has to go, it’s because he never should have been there in the first place,” Christie said on ABC News’ “This Week.”

Pruitt has come under scrutiny over his accommodations in Washington after ABC News reported last week that he rented a room in a luxury townhouse co-owned by the wife of a top gas industry lobbyist. That same day, Bloomberg News reported that Pruitt paid $50-a-night for the room, well below market value for a place in that neighborhood. The EPA’s Office of General Counsel issued a hasty memo on Thursday arguing that the administrator paid a fair rate.

The ethical storm over Pruitt’s housing comes amid a groundswell of criticism over his spending.

Sen. Sheldon Whitehouse (D-R.I.) sent a letter to the EPA’s inspector general last week highlighting the cost of Pruitt’s use of taxpayer-funded security details on trips home to Tulsa, Oklahoma, a family vacation to Disneyland in Anaheim, California, and an outing to the Rose Bowl college football game in Pasadena, California.

Yet Pruitt spent between $2,000 and $2,600 on first-class flights to Oklahoma, and regularly books $1,400 to $4,000 flights to Boston, New York and Corpus Christi, Texas, according to The Washington Post. He often stays at luxury hotels.

Pruitt’s international travel costs are especially high. His trip to Italy for an environmental summit last June cost more than $120,000. Pruitt’s trip to Morocco in December to promote liquefied natural gas ― a bizarre decision for an EPA administrator ― cost nearly $40,000, according to E&E News.

The EPA did not immediately respond to requests for comment on Monday.

Pruitt is the latest in a line of Trump administration officials who have faced a firestorm of criticism over their ethics lapses. In September, Health and Human Services Secretary Tom Price resigned over spending more than $1 million on chartered planes and military flights. Brenda Fitzgerald, the director of the Centers for Disease Control and Prevention, stepped down for buying shares of a tobacco company while leading the nation’s top health agency.

Pruitt’s chummy industry ties and lavish travel are not new. He cultivated a deep relationship with the oil and gas industry as Oklahoma’s attorney general before President Donald Trump named him to head the EPA last year.

In 2011, he allowed lawyers at Devon Energy Corporation, the Oklahoma City-based oil and gas giant, to write a three-page complaint to the EPA under his letterhead, which he signed and sent as his own. He made his name on the national stage suing the EPA more than a dozen times to block rules such as the Clean Power Plan, President Barack Obama’s landmark greenhouse gas regulation, which Pruitt is in the process of repealing. He championed Exxon Mobil Corp. in investigations into whether the oil giant committed fraud by covering up evidence that emissions from burning fossil fuels warm the planet.

Fossil fuel interests returned the favors. Between 2002 and 2016, Pruitt received more than $300,000 in donations from the oil, gas and coal industries. Even more money went to a political action committee and a super PAC set up to help him get re-elected and aid like-minded politicians. Yet only a fraction of the money went to campaigns while the fundraising groups paid for trips Pruitt took to places such as Hawaii and New Orleans, where he stayed in luxury hotels, according to filings reviewed by HuffPost in January 2017.

Despite the escalating calls for his resignation, strong support from the Republican-controlled Congress may serve to insulate Pruitt ― no GOP House or Senate member has joined the push for him to step down. To gain perspective on his survival chances, it helps to look back at the resignation of Anne Gorsuch Burford, the EPA administrator to whom Pruitt is most often compared.

Gorsuch Burford went to war with environmental regulations during her 22-month tenure under President Ronald Reagan. She slashed the agency’s budget by 22 percent and, as The Washington Post wrote in her 2004 obituary, “boasted that she reduced the thickness of the book of clean water regulations from six inches to a half-inch.”

In 1982, Gorsuch Burford faced a congressional investigation into her use of the Superfund to clean up pollution sites. In December of that year, she refused to turn over 42 documents to a House energy subcommittee, arguing that the president ordered her to invoke executive privilege. She was cited for contempt of Congress and forced to resign.

Pruitt faces much better odds in a historically hyper-partisan Congress. Democrats controlled the House in 1982, and voted 259 to 105 to hold Gorsuch Burford in contempt, with 55 Republicans joining 204 Democrats to vote against her. Just four Democrats voted with 101 Republicans to oppose the citation, according to a report from The New York Times’ archive.

Pruitt, meanwhile, is often lauded by Republicans who see him as an effective operator for the White House’s deregulatory agenda and an agitational avatar who riles Democrats and environmentalists. In December, the National Review and The Weekly Standard, two neo-conservative magazines whose writers spearheaded old-guard Republicans’ #NeverTrump movement, published fawning profiles of Pruitt as cover stories a week apart from each other.

On Monday, the EPA announced a proposal to significantly roll back Obama-era regulations on vehicular fuel standards, marking yet another victory for the Trump administration’s deregulatory agenda if the move is allowed to take effect.