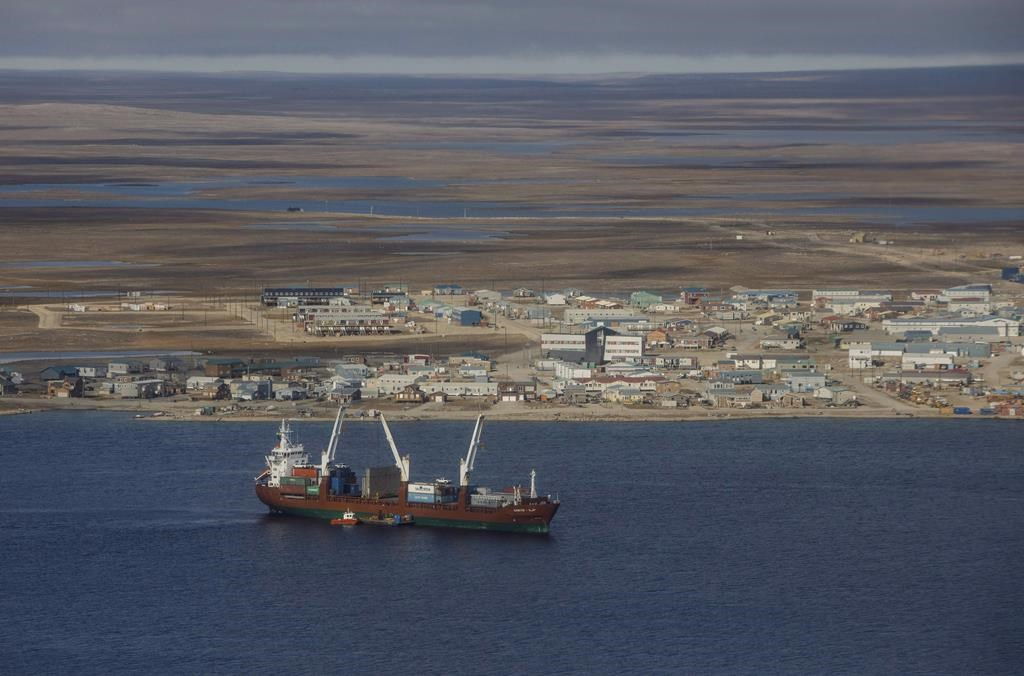 A cargo ship sits in the bay at Cambridge Bay Nunavut, on September 2, 2017. File photo by The Canadian Press/Jason Franson
Previous story
Next story

The United Nations group which regulates the international shipping industry is being asked to cut emissions from the cargo ships, oil tankers and other vessels that crisscross the world's oceans as they threaten to become the single-largest source of planet-warming greenhouse gases.

Canada, however, is being strangely secretive about what it wants to see done ahead of a meeting in the United Kingdom next week that will try to set some emission-cutting targets.

A standoff is expected at the International Marine Organization meeting in London with several countries, including those in the European Union, Japan and China, seeking agreement for significant cuts to shipping emissions while the United States, Saudi Arabia and Brazil want to move more slowly.

A spokesman for Transport Canada says this country is one of the most ambitious members of the organization but would give no specifics about what Canada is pressing for or what it is willing to commit to doing to cut emissions from the shipping industry.

Emissions from ships amount to about three per cent of all emissions globally but, if nothing is done, they could grow to become as much as one-fifth of all global emissions by 2050, the IMO says.

About 80 per cent of shipping emissions are considered to be international and aren't assigned to an individual country's emissions' inventories; hence, an international agreement is necessary to have any real chance of reducing them.