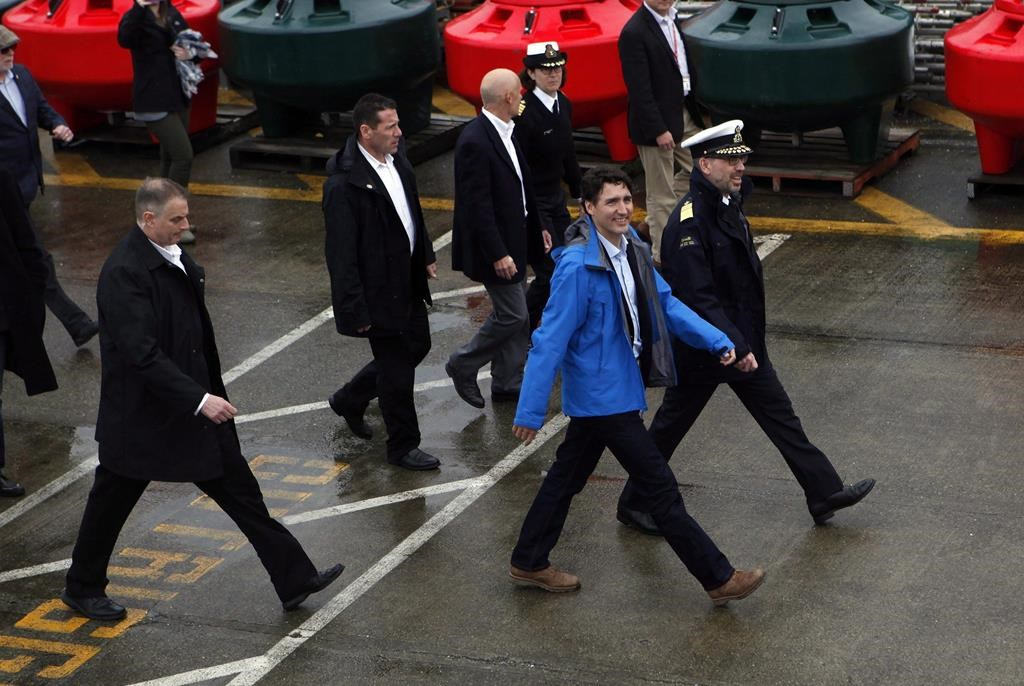 An oil company CEO is harshly criticizing Justin Trudeau as the prime minister was touring the oilsands region of northeastern Alberta on Friday.

Athabasca Oil CEO Rob Broen says if he met Trudeau, he would tell him the industry needs real leadership on oil export pipelines, "not just words."

Trudeau has been telling audiences in B.C. and Alberta that he supports both the environment and pipeline projects like the Trans Mountain pipeline expansion from Edmonton to the Vancouver area.

But Broen says Trudeau should sit down with officials from Kinder Morgan Canada, the company building the much-delayed Trans Mountain project, to find out what obstacles it is facing and then take action to remove those barriers.

In a speech to investors at his company's annual general meeting in Calgary, Broen said the government shouldn't have launched a revamp of the National Energy Board, adding he doesn't understand what was wrong with the regulator as it was.

He says he disagrees with the prime minister that Alberta's adoption of a carbon tax last year makes it easier to push through pipeline construction, pointing out no new pipeline capacity has resulted as yet.

"I would tell him (Trudeau) he has to show leadership on the pipeline file. And it's not just words," said Broen.

"He needs to back up Kinder Morgan, the pipeline he's approved, and he needs to see it through to construction and make sure we can put shovels in the ground and get it built for the benefit of all Canadians."

Yes, Trudeau and the NEB,

Yes, Trudeau and the NEB, time to bow down to your Big Oil masters full on 100% (sarcasm off)

The dynamics are disgusting

The dynamics are disgusting to behold. Notley was elected on promises to raise royalty fees, reform the AER, Reduce GHGs, protect wildlife and habitats. She has not just done the opposite, it is like the worst possible choice is always picked. Magen Ft. Mac burned she was all about unity and Canadians helping each other. Now Ft. Mac bans BC wine and Notley is shredding goodwill and seems set on burning Canadian unity to ash. Kinder Morgan et al are turning the screws on all their puppet politicians to deliver what they have been paid to do. In what other situation do multinational corporations issue public demands of governments, while simultaneously getting away with blocking critically endangered fish from spawning in about 20 waterways and using RCMP, courts, etc that WE pay for to grind their boot deeper into our necks. What non-energy company would get away with that?

Trudeau is trying to escape the rock/hard place but pleasing his masters while fooling voters turns out to be much harder than it seemed when the lobbyists explained it to him. He is genuinely shocked that voters haven't been won over by cheap theatrics or scoldings. He only wants to be involved if he gets hero worship and selfies.