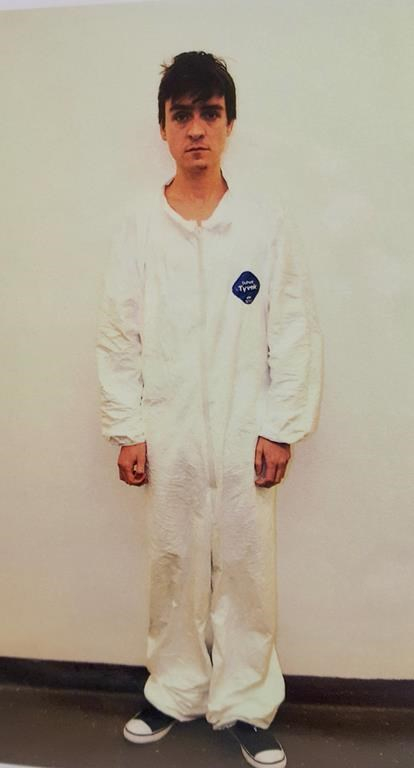 Shortly after Alexandre Bissonnette opened fire in a Quebec City mosque in 2017 and murdered six men, he called 911 and told the operator he was going to shoot himself, according to the audio recording tabled as evidence Thursday.

"I'm just going to shoot myself in the head," Bissonnette is heard saying several times to the 911 dispatcher.

The call, which was submitted on the second day of sentencing arguments, lasted slightly more than 50 minutes.

Bissonnette, 28, spoke to the operator in his car while driving toward an island just off Quebec City not long after he had left the mosque.

At times the gunman sounded calm, and at others confused and anxious.

During the call he had cordial moments with the 911 operator but then would panic and talk about how he wanted to surrender, and he became increasingly impatient as the call progressed.

Bissonnette began the conversation in a clear and precise way.

"I'm the one who was at the mosque earlier," he says in French.

"You are the shooter?" the 911 dispatcher asks.

"I would like to turn myself in," Bissonnette replies. "I think I'm just going to shoot myself in the head. It's going to finish like that."

He frequently asks during the call if anyone at the mosque was injured and tells the operator to reassure police he never hurt anyone.

Bissonnette pleaded guilty last month to six charges of first-degree murder and six of attempted murder in the shooting.

Earlier on Thursday, the Crown said the gunman fired off 48 bullets within two minutes.

Prosecutors said 29 more bullets were in another weapon belonging to Bissonnette, which was later abandoned outside the mosque, and nearly 30 others in his car when he was arrested.

The Crown also presented police photos taken the night of the deadly shooting.

They included images of a semi-automatic weapon lying in the snow, shoes strewn all over the place and walls damaged by bullets.

The most shocking photos of raw violence were not tabled as evidence.

Bissonnette appeared to feel unwell at one point and was taken out of the courtroom, prompting proceedings to be temporarily suspended.

The sentencing arguments are expected to last three weeks.