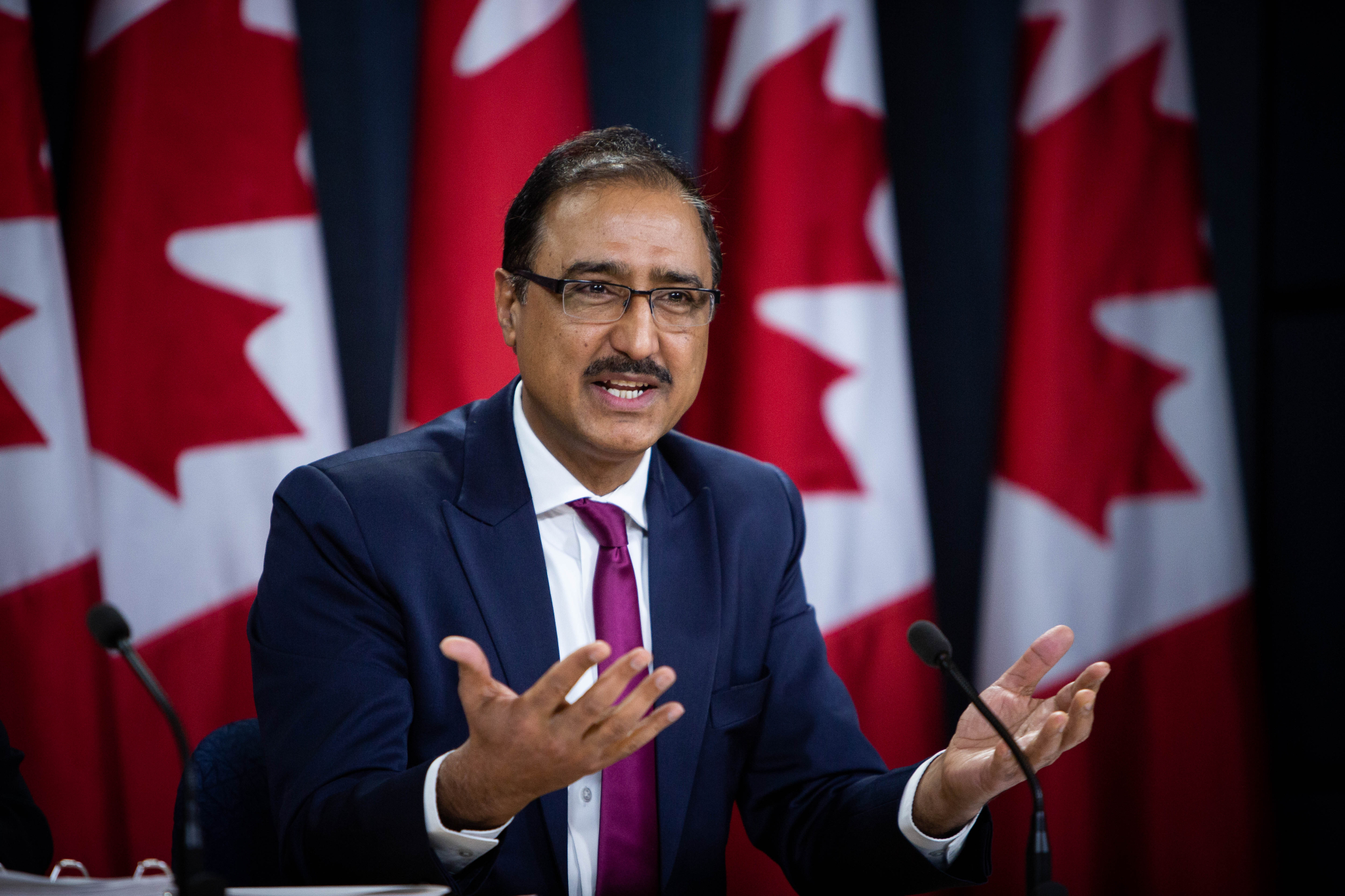 Tens of thousands of infrastructure projects across the country, such as new bridges, public transit, science and learning centres, and repairs to existing structures, are underway, Infrastructure Minister Amarjeet Sohi said Thursday.

More than two years after the Trudeau government's 2016 budget, the first phase of its infrastructure plan, it has yet to show how much money has gone out the door to fund projects that are underway — valued at over $9 billion so far.

The Trudeau government says it's making the investments to keep up with digitization, international trade growth, climate change and the emerging clean growth economy.

The plan has been rolled out in stages, with major contributions in the 2016 and 2017 budgets. Gillis said there have been roughly 20,000 projects that have already started, for a total value of $9.4 billion.

Federal funding works as reimbursements for projects based on bilateral deals Sohi signs with provinces and territories, which also put up their share of funding. Ottawa pays out only when it has been invoiced.

The government will be able to say soon how much of that $9.4 billion it has been invoiced for, said Gillis.

“We’re actually in the process of closing our financial records for the year, right now. That information will be available through our public accounts and financial statements,” she said.

'We cannot use those resources for anything else'

Sohi's office said all 34 programs in the 2016 budget have been “launched," and over 70 per cent of approved projects are “underway or completed.” As for the 2017 budget, it has launched 11 of 24 new programs.

The minister insisted that construction can proceed once projects have been approved, even if money hasn’t flowed, because federal dollars are locked into the projects.

“We have to wait until we get the invoices and the claims before we can pay out the federal share of the investments..every province has a different procedure,” said Sohi. “The important part to understand is that once we’ve committed to a project, the money remains for project," he continued.

“We cannot use those resources for anything else. If we don’t receive the invoices, we have to carry those resources over to the next year...it’s just a matter of cash flow.”

An example, said Sohi, is the former Conservative federal government’s commitment of $400 million to an LRT project in Edmonton. With federal, provincial and municipal funding locked in by 2014, that project could then proceed.

Construction has since started, with completion scheduled for December 2020, he said — even though that $400 million hasn’t yet been paid out by the federal government, because it hasn’t received any invoices yet.

“That’s what happens with federal funding,” said Sohi. “We are always the last ones to pay out, because of the way the other partners decide to send us the invoices.”

Sohi has signed seven bilateral agreements so far. The remaining six jurisdictions that have still not signed are Quebec, Saskatchewan, Manitoba, Newfoundland and Labrador, Prince Edward Island and Yukon.

On the same day as its update on project progress, the government published a 77-page report, Investing in Canada, laying out more of its vision for transforming the country.

"Climate change is happening and it is already affecting communities across Canada. Now is the time to invest in infrastructure that helps make communities more sustainable," the report reads.

"Our investments in disaster mitigation and adaptation infrastructure will help reduce our impact on the environment and prepare communities to face the effects of climate change now and in the future."

But projects also face political risk, such as when transit funding was withheld federally from the city of Ottawa until after a municipal election, or when the former Toronto mayor cancelled an extensive plan dreamed up by his predecessor.

More recently, Jason Kenney, leader of the opposition United Conservative Party in Alberta, suggested that the federal government's support for the Trans Mountain oil pipeline extension should be viewed through the lens of its infrastructure deal with British Columbia, whose government opposes the pipeline.

Asked how certain he was that the provinces would hold up their end of the bargain over the next decade, Sohi said the bilateral agreements are binding and he was confident that any political party in power would stick with them.

“We have designed our bilateral agreements after very extensive consultation with other partners, and those agreements are binding agreements, and we are focused on five areas of investment," said the minister.

"I understand that the vast majority of people from different political backgrounds support investment in those areas. I think every critical party supports investments in public transportation systems and in other areas," he continued.

"We are very confident that we will continue to deliver on those commitments that we have taken.”

Editor's note: This story was updated at 5 p.m. ET April 19 to include more information from the press conference.