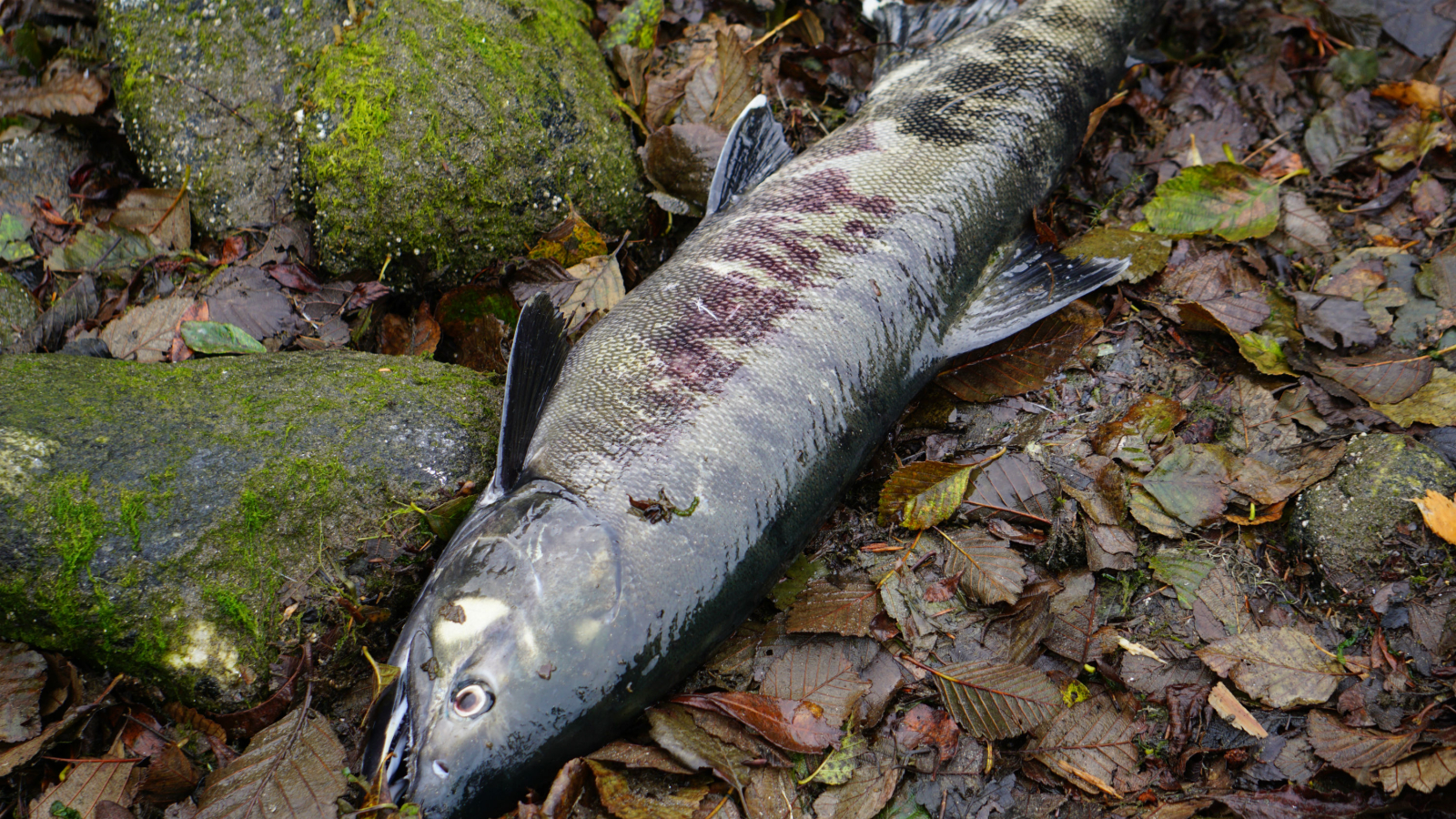 A new audit released on April 24 found that the federal government is fumbling its management of fish farms. File photo by Elizabeth McSheffrey
Previous story
Next story

The federal government is fumbling the management of fish farms, while failing to enforce rules and manage risks of infectious diseases, parasites, drugs and pesticides that cause damage to wild fish, says a scathing audit released on Tuesday.

The audit was one of three reports tabled on Tuesday in the House of Commons by Julie Gelfand, Canada’s commissioner of the environment and sustainable development.

Gelfand also concluded that Environment and Climate Change Canada was not doing enough to coordinate different governments’ and departments’ efforts on conserving biodiversity, and Canada is behind on meeting the standards of the 2030 Agenda for Sustainable Development that it signed onto in 2015.

Taken together, the audits “show that the Government of Canada’s efforts to achieve sustainable development are still falling short of integrating the economy, society, and the environment,” Gelfand said Tuesday in a prepared statement that accompanied her reports.

Gelfand’s salmon farm findings sound alarms about a $1-billion industry on Canada’s coasts and raise questions about the effectiveness of about $30 million in annual government spending aimed at overseeing fish farms.

Salmon farms hug the west coast of British Columbia and the east coasts of Newfoundland, Nova Scotia and New Brunswick.

As described in the commissioner’s audit, most farmed salmon are Atlantic salmon, and they grow up first in land-based freshwater hatcheries before they are transferred to “net-pen farms” in the ocean. Farmed salmon can escape the pens, which risks diseases being spread and negative genetic impacts on wild salmon. When farmed fish don’t escape there are still risks of disease transfer as wild fish swim past.

While these infectious diseases aren’t known to affect humans, they do put already endangered wild salmon stocks at further risk.

The salmon farming industry has been under fire on the west coast, particularly, since the release of thousands of farmed salmon off the coast of Washington State last summer. This spring, Washington State decided to phase out its non-native fish farms, following Alaska, which prohibits fin fish farming.

First Nations in British Columbia have occupied fish farms, signalling their opposition to the industry and defending local ecosystems. Recently, a group of high-profile chefs in British Columbia announced they would not serve farmed fish in protest of the impacts of farming.

Speaking to reporters, Gelfand also warned the government has opened itself to criticism that it cares more about industry than wild fish.

"I suggest that the department is at risk of being seen to be promoting aquaculture over the protection of wild fish, and that’s why we made a recommendation that they clearly articulate the level of risk that they’re prepared to take, to wild fish health, as they support the industry," she said.

Gelfand noted there is currently “no threshold for action when wild fish stocks decline,” or no point at which the government must take action when wild fish are in danger. She said there is, “No validation of industry self-reporting on the use of drugs and pesticides (and) no requirement to minimize the development of resistance to drugs and pesticides, on the part of industry.”

She added the government does not currently require companies to monitor the ocean floor underneath farm pens, and there is little enforcement of the rules that are in place.

Finally, she noted, long-term research funding was supported by the aquaculture industry, but research that would support management of the industry was given short-term funding.

Fisheries and Oceans Minister Dominic LeBlanc told reporters Tuesday he has accepted all of the commissioner’s recommendations, and he has heard criticisms before about the department’s seemingly contrary roles of both promoting and regulating aquaculture.

“I don't think there should be any confusion that our government's primary responsibility is to regulate in a safe way all of these activities and to ensure that there's no harmful interaction with wild salmon populations or other species,” he said.

“But we're wide open … to looking with our provincial partners at what is the appropriate structure and how can we ensure that public confidence reaches the level it has to for these industries to operate. And if delineating those jurisdictions is part of the solution, we're again open to look at how that can be done.”

Gelfand asked whether Fisheries and Oceans Canada and the Canadian Food Inspection Agency were overseeing the industry to protect wild fish.

They found that while there is funding for several research programs, there are gaps in what the government knows about the effects of salmon farming. The department is not monitoring the health of wild fish, and it has only completed a tenth of the risk assessments of key diseases that it committed to finishing by 2020.

“Fisheries and Oceans Canada had no way of knowing what impacts salmon farming has on the health of wild fish,” Gelfand said. “These findings led us to conclude that Fisheries and Oceans Canada had not managed risks from salmon farming in a way that protected wild fish. … The Department should clearly articulate the level of risk to wild fish that it accepts when enabling the aquaculture industry.”

In a response to Gelfand’s findings, Fisheries and Oceans Canada said it will, “deliver disease risk assessments, as planned, by the September 2020 deadline specified in the Cohen Commission report."

The Cohen Commission was a public inquiry that investigated the decline of sockeye salmon in the Fraser River in western Canada. The government agreed in 2015 to implement all of its recommendations to research and address all risks posed to wild fish by farmed salmon.

LeBlanc noted the federal government has implemented 64 of the Cohen Commission’s 75 recommendations. He also flagged jurisdictional challenges, or differences between how fisheries are regulated on the west and east coasts.

“We'll continue to work with partners, including the Government of British Columbia and other provincial governments on ways to ensure that all of the appropriate measures are in place to protect wild salmon populations, other species, and to ensure that aquaculture can be done safely,” LeBlanc said.

“I think we have the resources and the scientific capacity, which may not have existed three or four years ago, to … meet these recommendations.”

Chief Bob Chamberlin, the vice-president of the Union of British Columbia Indian Chiefs and a member of the Kwikwasut’inuxw Haxwa’mis First Nation, called the audit "damning" on Tuesday. On Twitter, he wrote that the audit should not be allowed to "gather dust beside (the) Cohen Commission" report, and asked when wild salmon would be a priority for federal and provincial governments.

When is enough, enough?

When will #WildSalmon finally become a priority for Canadian Gov both Federally & Provincially?

Redefining roles of federal agencies will not protect nor enact a Precautionary Principle#FirstNation #UNDRIP #Bcpoli@UBCIC https://t.co/uUKyhO9ORv

Gelfand also found that Fisheries and Oceans Canada had not sufficiently enforced new laws that came into force in 2015 to safeguard, or minimize harm to, wild fish.

Gelfand’s audit noted that the federal department claimed it didn’t need additional enforcement officers in New Brunswick and Newfoundland and Labrador to implement new Aquaculture Activities Regulations. But her audit found that the department was mistaken.

Despite training given to these officers to determine “whether companies deposited illegal drugs and pesticides into net pens,” the regulations could not be effectively enforced, Gelfand found.

“One indication of this lack of enforcement was the fact that despite concerns regarding potential non-compliance, the Department had not laid any charges related to salmon aquaculture under the Aquaculture Activities Regulations.”

On the West Coast, Fisheries and Oceans enforcement officers also had few tools to back up the Pacific Aquaculture Regulations, other than giving company’s educational information or issuing warning letters.

“The Department rarely used the more severe response of taking a company to court,” according to the commissioner’s report.

Gelfand’s other salmon farming recommendations included Fisheries and Oceans: establishing thresholds for, and publicly reporting on, the use of drugs and pesticides in net pens; clarifying its disease management role in relationship to the Canadian Food Inspection Agency’s; working with the Atlantic provinces to address salmon farm equipment and prevent fish escapes; and reporting publicly on the health of farmed fish in British Columbia.

By Elizabeth McSheffrey | News | December 21st 2017
State Of The Animal