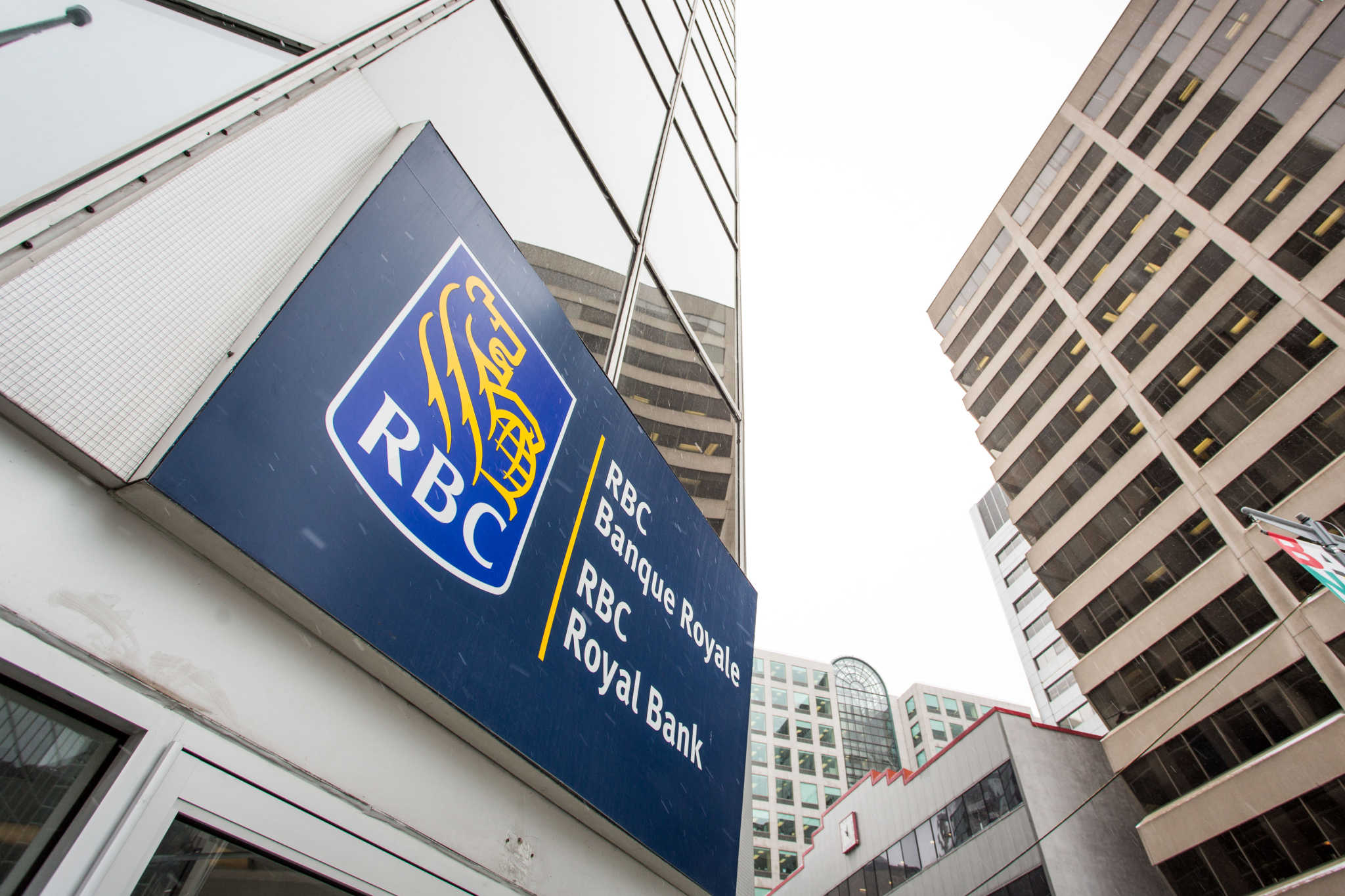 A Royal Bank of Canada branch is seen in downtown Ottawa on March 15, 2017. The bank is facing a wrongful dismissal claim from an employee it headhunted in June 2015. Photo by Alex Tétreault
Previous story
Next story

A wrongful dismissal claim against the Royal Bank of Canada has exposed a series of allegations about racism and sexism in the workplace, adding to existing accusations of attempted bribery, lax oversight and a laissez-faire attitude towards company policies.

A former trader is suing RBC for £13 million ($18 million) at a tribunal hearing in the U.K., revealing explosive details about his time working in the bank's global foreign exchange business. The hearing started last week at the Central London Employment Tribunal and is scheduled to finish mid-May.

The lawsuit is one of several the Canadian financial giant has been named in recently, calling into question its self-styled "RBC Nice" workplace culture.

An experienced trader, John Banerjee was headhunted by RBC's investment bank in London, England, in June 2015 to expand its business in emerging market currencies. He made millions in profit for the Montreal-based bank, but was dismissed after a year of employment, during which he claims to have blown the whistle on a number of its workplace culture failings.

RBC has said Banerjee was fired in August 2016 for poor time-keeping.

Banerjee claims RBC tried to brush over an investigation into a serious trading blunder that cost the bank hundreds of thousands of dollars, and alleges that a global business head offered him a bribe to "just drop it."

"The propensity of the Bank to whitewash permeated to the very highest echelons," he said in his witness statement.

RBC denies Banerjee's accusation, believing the claim to be "without merit." In an emailed statement, a Toronto spokesperson vowed the bank will continue "vigorously defending our position."

But the allegations of whitewashing aren't the only controversy unearthed by Banerjee's lawsuit.

A wrongful dismissal claim against the Royal Bank of Canada has exposed a series of allegations about racism and sexism in the workplace.

A former senior manager who supervised Banerjee, Paul Adamson, also told the tribunal during cross-examination that he had regularly used racist and sexist language on an office messenger system.

Adamson once told an Asian colleague, the court heard, "Lucky I didn't call you a slope-eyed bell end," and described a female colleague as having "36DD fake tits...mouth as big mind you."

Adamson defended his racist language as being long-standing banter between two colleagues, whereby his Asian colleague would proclaim Koreans as being the master race and abuse Adamson about his Italian heritage. Adamson was fired last year as a result of "inappropriate e-communications," according to a witness statement from the bank's head of employee relations, Urmilla Devitt.

In an emailed statement to National Observer, a spokesman for RBC in the U.K. condemned Adamson's comments.

"This behaviour is not consistent with our values, our Code of Conduct or what we stand for. Our Code of Conduct is integral to the way we conduct business and how we uphold our workplace culture based on respect and inclusivity," said associate director of corporate communications Adam Lister.

"It clearly outlines our expectations of employees in terms of their professional accountabilities and their behaviour. Any employee who fails to meet the standards set out in our Code of Conduct will be subject to appropriate action which may include corrective or disciplinary action such as immediate or eventual dismissal."

Banerjee's bonus slashed in half

Banerjee's lawsuit accuses senior bosses in both London and Toronto of failing to listen to his concerns about the loose wording of an important code of conduct — the Global FX Sales and Trading Policy. RBC introduced it towards the end of 2015 following regulators' demands that banks beef up behavioural standards, as other banks introduced their own similar regulations.

On the one hand, he pointed out, RBC's version permitted trading so that traders could manage the risk on their books, and insure themselves against price movements in the market. But on the other hand, it forbade trading ahead of what's known as a "fixing order" — transactions that traders execute on behalf of a customer at a set time of day.

Banerjee felt it was therefore risky for traders like himself to carry out fixing orders in the first place, especially as the policy listed criminal liability as a penalty. He also pointed out to his managers that many other major banks had acknowledged this and designated fixing orders to a separate unit of the bank.

In October 2015, Banerjee polled his colleagues in the Toronto dealing room to see how many of them had actually read the policy. Out of roughly 30 people, he said only five or six claimed to have read it. He insisted in his witness statement that none of his colleagues in London or Hong Kong had read it.

Banerjee further claims that after kicking up a fuss and demanding the wording be tightened, his predicted bonus was halved.

He told the tribunal that shortly after his bonus was cut, a fellow trader in Hong Kong failed to cut short one of his trading positions in the South African rand, as instructed on Dec. 13, 2015. That failure resulted in a loss of almost US $1 million ($880,000).

The Hong Kong trading desk was manned by only one person at the time, despite being identified earlier as a risky set-up.

Banerjee said when he pressed the bank's global head of foreign exchange, Ed Monaghan, for a full investigation, Monaghan flew off the handle and offered him a bribe: “Is it the loss that bothers you? I’ll cut you a cheque for the loss – just drop it.”

In his evidence, Monaghan admitted that he "may well have used that phrase" but cannot remember. He insisted he did not mean it literally, if he did, and denied offering a bribe. Monaghan took early retirement in October 2017.

In Banerjee's witness statement, he accused the bank of minimizing the problems.

"The Bank gave the appearance of probity and ‘doing the right thing,’ but the reality was that almost every senior manager I came in to contact with was interested in one thing only — ‘ripple minimization,’" said the statement.

"More important than anything was maintaining the appearance of probity, resulting in important issues being swept under the carpet. Critically, I was struck by a firm with no effective systems and controls, particularly in Compliance."

Banerjee has received assistance from WhistleblowersUK, which helped him piece together his evidence and organize his court documents. The organization provides support and information to whistleblowers, and CEO Georgina Halford-Hall has attended every day of the trial so far.

At odds with the bank's friendly reputation

The allegations are at odds with the bank's "RBC Nice" reputation. RBC Nice are reportedly the words the bank has used to describe its own workplace culture, and its trading floor is said to have a "no-asshole rule," as detailed in Michael Lewis' bestseller, Flash Boys.

But Banerjee says his ordeal left him suffering from poor sleep, stress, anxiety and a long-term depression diagnosis. In his witness statement, he said that by July 2016 — one month before he was fired — "I felt like I was drowning."

RBC's squeaky-clean reputation has come under fire, most recently after it paid $15.5 million to settle a foreign exchange rigging lawsuit in the U.S. last year. Foreign exchange is the world's largest cash market but is largely unregulated. Banks have been dogged by regulatory investigations into market collusion and billion-dollar fines.

RBC was also named in a U.S. class-action lawsuit earlier this year, as one of nine banks accused of colluding to rig a key Canadian lending rate.

This article has been updated to clarify that WhistleblowersUK is not a registered charity, and to remove a quotation from CEO Georgina Halford-Hall stating the services provided by WhistleblowersUK were free of charge, as this cannot be confirmed.

Farah, any chance you could

Farah, any chance you could show the subheads in non-standard font, like underline or bold? Very hard to read. Or is this yet another new "style".