Gas lobbyists go to bat against greening the Centennial Flame 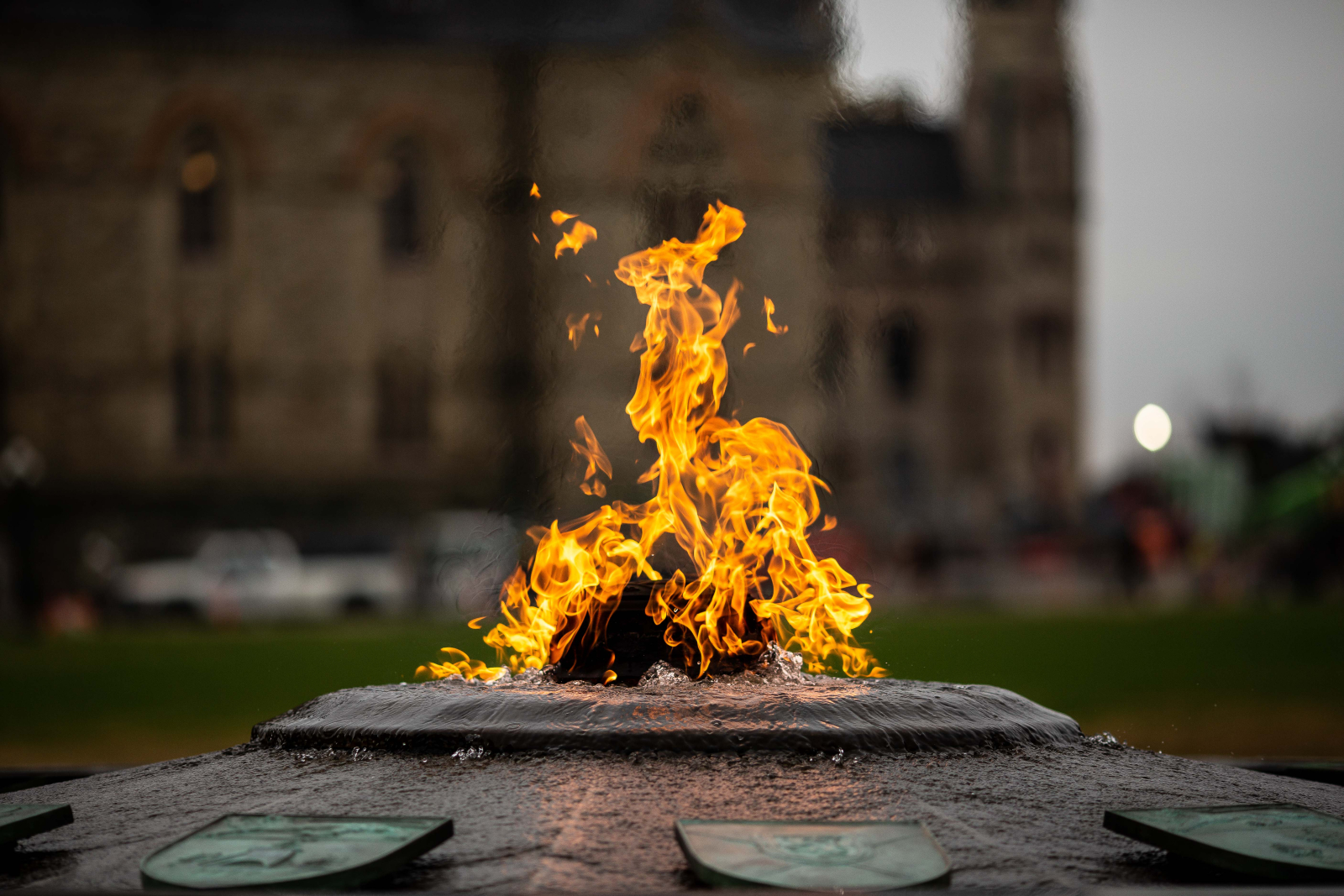 The Centennial Flame on Parliament Hill, seen here on May 3, 2018, burns around the clock with a steady feed of natural gas. The federal government is currently studying whether a more eco-friendly option is available to light it. Photo by Alex Tétreault
Previous story
Next story

Canada's most powerful natural gas lobby group is asking the federal government not to snuff out the Centennial Flame as it explores more eco-friendly options for lighting the iconic Parliament Hill monument.

In a letter penned to Prime Minister Justin Trudeau on Thursday, the Canadian Gas Association implored Parliamentarians to maintain this "important piece of our national identity" by keeping natural gas as the source of the flame's 24-hour glow.

The Ottawa-based group, which represents natural gas transmission companies and other service providers, raised its objections after news broke that the federal government is studying options to replace the flame's bubbling natural gas, including LED lights and other carbon-neutral fuels.

"This is when this conversation starts to get silly, right?" Canadian Gas Association president Timothy Egan told National Observer. "The flame is a demonstration of the good stuff (natural gas) can do.

"Are you so intent — you the opponents of hydrocarbons — on eclipsing their use altogether that you’re even going to incur significant expense and do away with national symbols like this?”

The letter was also addressed to the ministers of Public Services and Procurement Canada, Natural Resources Canada, Environment and Climate Change Canada, and Heritage Canada.

The flame is already 'net-zero'

The Centennial Flame has burned on natural gas from the West since 1967, when it was unveiled to celebrate the 100th anniversary of Canadian Confederation. Natural gas is a fossil fuel that, when burned, produces climate-warming greenhouse gas emissions. It's also composed primarily of methane, whose global warming potential is 25 times more potent than carbon dioxide.

As part of its nation-wide strategy on clean growth and climate change, the federal government committed to reducing these harmful emissions through a variety of measures, including carbon pricing and investing in energy-efficient homes and buildings. The former has met considerable resistance from oil and gas industry stakeholders and the Government of Saskatchewan, which argue that a carbon tax will stifle industry growth, and impose undue burden on citizens living in parts of Canada whose economies rely heavily on it.

Ottawa, however, is already paying to offset emissions generated by the Centennial Flame through a clean energy solutions company called Bullfrog Power — at a cost of $20,000, according to the CBC. Bullfrog power adds 'green' natural gas generated from organic waste to the natural gas distribution system in the same quantities burned by the monument, in order to achieve its 'net-zero' status.

"I kind of scratch my head and say, 'If it’s about emissions, you’re already addressing it,'" said Egan. "So why would you look at changing it?"

Examining alternatives for the flame

The Canadian Gas Association's opposition to changing the flame's source of ignition, he explained, stems not only from its historical and cultural significance, but its value as a symbol of Canada's resourcefulness, resource wealth, and support for an industry that could "alleviate poverty and improve the environment" with an "affordable clean energy product," if it can reach markets overseas.

"We don’t like the idea of cutting something off when it represents so much domestic and international opportunity," he said, adding that it would send a very "strong" and "negative" signal to Canada's natural gas providers, which supply more than 20 million Canadians daily.

Michael Behiels, a University of Ottawa history professor and expert on Canadian politics, federalism and nationalism, called the idea of replacing natural gas at the monument "insane."

"Canada’s 'unity in diversity' is symbolized by the design of the monument with the flame at the centre, all of which represents Canada as a whole, encompassing a wide range of regional, cultural and social diversities," he said in an emailed statement.

Public Services and Procurement Canada has undertaken the study on sustainable, long-term alternatives to light the Centennial Flame, which is targeted for completion sometime in the fall.

The federal department was not able to respond to National Observer's questions before deadline about the price of that study, the emissions generated by the flame, or whether the public is being consulted on the possibility of changing it.

The monument's significance as a symbol of national unity was recently highlighted by the Trudeau government, which added Nunavut to the stone fountain's provincial and territorial emblems in December 2017.

The Fossil Fuel lobby groups still don't get it. The world has changed, and, of course, the symbols must change as well. It's a new world. When was the last time we saw a buggy whip symbol?

Too bad all that hot air from

Too bad all that hot air from the House doesn't burn!