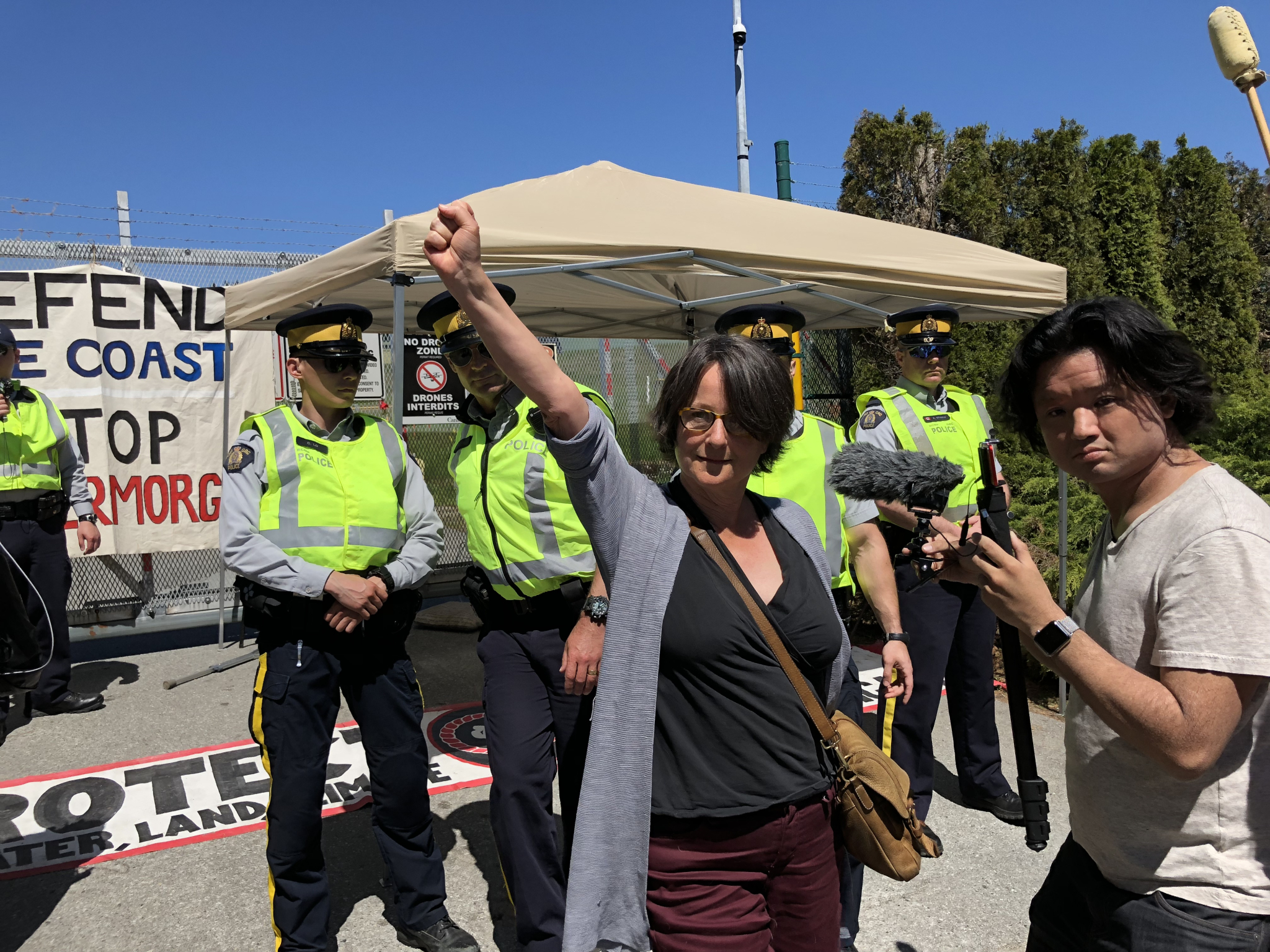 CanLit star Shaena Lambert tied herself to the gates of Kinder Morgan’s Burnaby pipeline terminal in an act of civil disobedience on Saturday. Lambert was arrested by the RCMP along with Cat Roivas, a Chippewayan woman who had already been arrested twice for blocking access to the Texas-based company’s tank farm.

Both women described the pipeline protest as a pivotal moment aimed at turning the world away from polluting industries. “We are actually creating the transformation,” said Lambert before being led away by RCMP officers. “So much of what I love in life and that inspires me as a writer is this beautiful coast. And I will do anything to protect it.”

Roivas, a veteran of the standoffs at Oka and Ipperwash, appeared unfazed by the prospect of stiff punishment for multiple arrests at Kinder Morgan’s tank farm. “It’s my honour to stand up and fight for the generations yet to come and for the beings that share this planet and cannot speak for themselves.”

“This is a much bigger fight than this pipeline expansion. We’re fighting to stop a runaway greenhouse effect that would be catastrophic for the planet’s biosphere and could make the planet uninhabitable.”

The Trans Mountain pipeline expansion would triple the current volume of fuel shipped on the existing system, to up to 890,000 barrels of heavy oil a day. This would increase oil tanker traffic off the coast of Burnaby, in Metro Vancouver, in the unceded territory of the Tsleil-Waututh and other nations.

Shaena Lambert has written non-fiction for National Observer and is currently at work on her fourth novel. Her previous novels include the 2013 best seller Oh My Darling, as well as The Falling Woman (2002) and Radiance (2007).

The warriors and the Watch House